B.M. Barrelcooker wrote:hahhaaa. i can dig it. basicly buy the weller if you can't aford the pappy. I have the weller in my drawer if you know what I mean.

I read somewhere that the Weller and the Pappy use the exact same mashbill.

No Idea wrote:January 2012- Bourbon dinner featuring PVW. Rep mentions too bad about my Wl Weller favorite. Seems PVW bought a bunch of barrels of 7 year WL Weller before it got dumped and bottled. Sure enough
February 2012- I see first new expression of WL Weller sans 7 year old label on the neck. It now reads 90 proof where the 7 once was printed.
June 2012 found a few remnant bottles at a liquor store far from home.
August 2012 Garden and Gun does yet another PVW article. Shit.

PVW will release again in October 2012. I'm sure lines of wealthy fans will race to buy their bottles for Fall homecomings and hunt clubs.

WL Weller fans took a hit this year. If you can find the 12 year old Weller ante up the $19-$25 and try not to think of the travesty that occurred this year. Evan Williams did it a few years back, Wild Turkey did it a decade ago. The bourbon hype has brought out some great whiskey, but it has also been the demise of blue collar budgeting for a decent bar whiskey at the house.

Bourbon has always made it's way down to New Orleans where enterprising businessmen have made good money buying and selling it. Sazerac Company Inc shows that this model still holds true, heck they bought some of the distilleries in KY. It's easier to find 12 year Weller in a NOLA grocery store than it is in a Spirit shop in KY.


Went to my shop yesterday, and the 7 year old Weller is now gone. They had several bottles of the 12 year old, but I didn't want to shell out the cash. I headed to another place where I'd seen the 7, and they no longer have it - just big bottles that no longer state the age, just "90 proof", just as you said.

So, what exactly is this new expression? Any ideas? Is it an entirely different bourbon, or just some of the 7 that they have bottled in a different bottle? 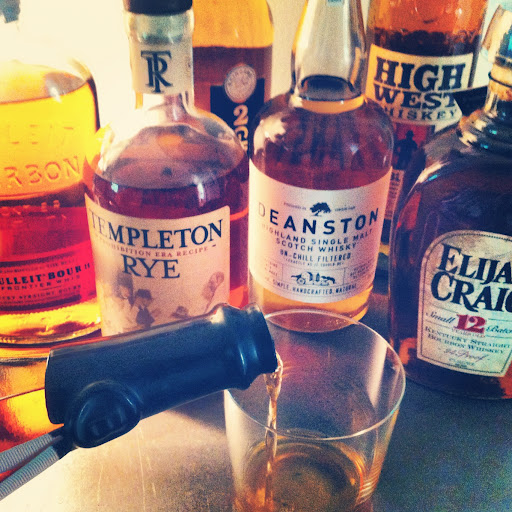 Head on my shoes, I’m steer clear of the trees

I'll look for the Old Fitz.

Im having a strong Evan Williams

Feels like I showed up at a Bamboo afficianados meeting with a Snoopy spincaster.
"Get back home where you belong, and dont ya run off no more"

But if Evan Williams was all we were allowed to talk about in this thread, it would be either pretty short, or boring.

Very sorry to hear. Condolences to his family. May[…]

Your flyties look great. Way to go. We have the […]