You won't see any pics of me with fish for one reason - In the last few years I've spent the bulk of my time on the water teaching my kids to be respectful anglers and stewards of nature. No excuse, just splainin'. Without further ado...

tourtierre.jpg (51.01 KiB) Viewed 2850 times
Will throw this recent creation at the local pike as soon as our Northern waters soften 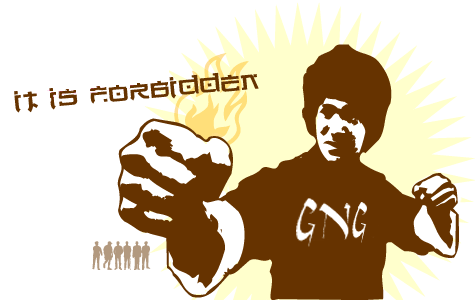 And finally, in a ham-fisted, cynical, transparent attempt to make you forgive my lack of self-portraiture and dead critters, I offer up yet another ginger. Please note the full-on, world-class camel toe.

the depths of your narcissism never cease to amaze me

shunned wrote:50/50 but I'm in a good mood this lovely sunday morning.

It's still saturday here so... fuck him.
"Most of my money I spent on whiskey and women. The rest I just wasted." locogringo

Just read Johnny's Post below. Looked back through a different set of eyes. While the Ginger was quality and the toe was nice, and the insect was super sweet. And thats what I was concentrating on through shine eyes.

HONKY TOSSIN is not.

This is a Fly Fishing board and you and your bobbers are out there catching trout? Screw that. A sturgeon, wow, 1lb of lead under a rod on the boat. Super Awesome.
Last edited by SouthFork on Sat Mar 05, 2011 10:18 pm, edited 2 times in total.
That was one of the finest examples of spiritual guidance I've ever had the good fortune to witness.

Seems like a nice enough guy.
"Whenever I find myself growing green about the mouth; whenever it is a damp drizzly November in my soul; and especially whenever it requires a strong moral principle to prevent me from methodically knocking peoples hats off -- then, I account it high time to get to sea."

jhnnythndr wrote:The fush caught by the people he took fishing were not even caught fly fishing. All we know about him is be is a gear chucked who loves his family. While touching I feel like it might not be grounds for him to join here or for us to let him in.

I know, he seems like a nice enough guys but you know the drill. You let one in and really how do we know the guy isn't a crazy glue sniffer? "Buildin' model airplanes!" says the little guy, well, we're not buying it. He sneaks into your house once, that's all it takes. The next thing you know, there's money missing off your dresser and your daughter's knocked up, I've seen it a hundred times.

We can't let this happen. We need him to leave. And soon.

And I have to get another drink.
That was one of the finest examples of spiritual guidance I've ever had the good fortune to witness.

canook wrote:With a boatful of kids (and wife), throwing a fly is sometimes out of the question. I am foremost a fly chucker, but not exclusively so. The sturgeon was, in fact, landed by my wife on light spinning gear w/ 6lb. mono. I hope to meet it again some day on the end of my fly line, but on that day it wasn't to be.

https://youtu.be/FssULNGSZIA This was so cool[…]