mrl0004 wrote:Walleye on the fly, eh? How does one do that? I am going to Canada-land next month and everyone has been telling me that they're too deep to catch on a fly.

I know what goes on.

mrl0004 wrote:Walleye on the fly, eh? How does one do that? I am going to Canada-land next month and everyone has been telling me that they're too deep to catch on a fly.

Yeah, by next month they'll be deep, fer sure.
My secret?
Find a lake that's overpopulated with stunted, undernourished, semi-retarded 'eyes & have at 'er!
I believe this one bit his own face off, fer Christ's sake... 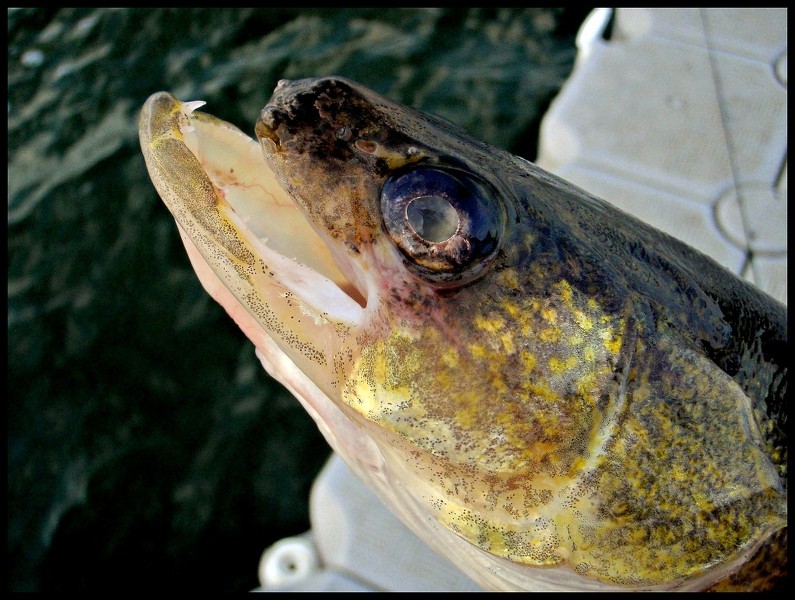 Early in the spring, I've had pretty good success stripping streamers on a sink tip; doesn't seem to matter what the hell is on the end of your line when they're feeding aggressively. When they don't want to chase, I tie on a marabou micro-jig under a quick release indy; this has worked in from 6-15 feet of water- best with some chop on the water, of course. I'm sure any leech, bugger, etc, would work; I like the li'l jig 'cuz it gets down fast.

(Also, listen to Mitch on the white leech thing. He wrote that in English; he only does that when he's really being serious.)
"Walters brook trout. Roots steelhead. Thalwegs tarpon. Loblaws cutthroats.

Have a great weekend, everyone!

I pledge allegiance, to the fish
of the incredible place called Canuckistan. 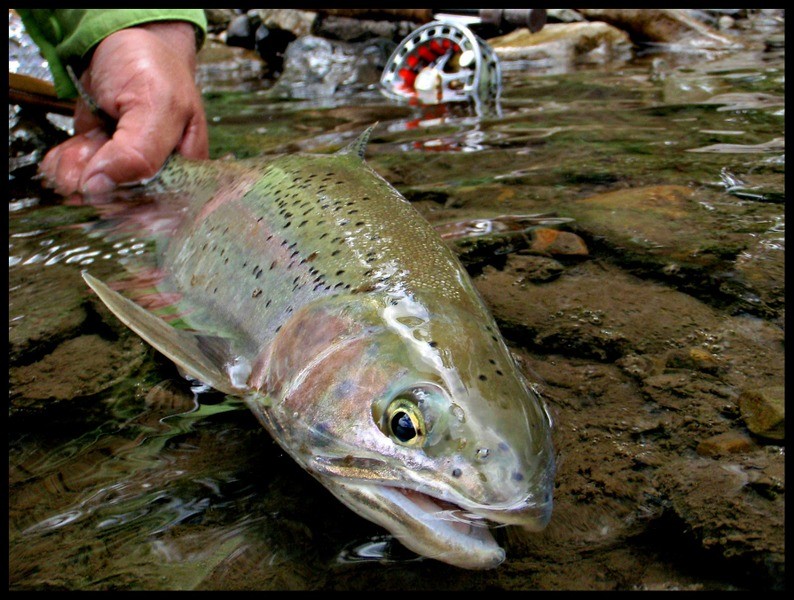 Spent a week there (as way far east as you can go) last week and truly enjoyed it.
"Fried Chicken for President!" Trucha del Mar