BLPIII wrote: ↑Tue Jul 23, 2019 12:50 pm Unapologetically breaking a three year lurk to comment on this thread. Everything about these TR's fucking ruled and I appreciate the time and effort you put into these. For me only. Big ups.

This is the kindlier drake. Weve a lock of hair dyed purple and care about your feelings. Mtice hasnt even offered to fight anyone recently.

But I feel like people who say "big ups" also chug their skaters.

So fucking off is fine.
They all wanna be Hank Williams
They don't wanna have to die

can I have it?

construction doing what? <asked in me bestest sepps ax-cent

stillsteamin wrote: ↑Tue Jul 23, 2019 8:56 am That feather wing is a beaut. Along with the rest of it. I been there once in February got rained on for 3 days caught nothing. Looks nicer in July

Thanks. A friend of mine fishes up there in the winter a lot and loves it. I might give it a shot this year but it's hard enough staying upright when the weathers warm, how the hell do you do it when you cant see your feet?

Thanks Joe. My sister looked after him due to the highway/pullout based nature of the fishing. It was nice not to have to worry about him. He gave me some dirty looks when I got back smelling of campfire and fried chicken. He's currently barking at a squirrel in the back yard who's mocking him from the safety of a tree.

That and schools still for fools, “look at me!”


Yeah it's like you're trying to become a doctor or some shit...

relates: Have you seen what the wimens wear to class in Commifornia? We don't have winters either, just yoga pant season. I may never graduate.

I never intended it to be a reoccurring thing in this thread but I've been listening to a lot of instrumentals while studying, so fuck it, lets keep it going.


This trip is turning into an annual end of summer sh¬¬¬wing, and for me, the last real fishing until winter break. Fish the dry lines, swing bugs, try to get a tug, simple as that. Bomber was supposed to make the trip but ended up being a last-minute scratch, so rookie and I were to head up Wednesday afternoon and fish through Saturday. Tuesday at work I noticed the cloud cover forecasted for the next day was building into a potential storm with possible showers throughout the afternoon. A phone call was made:

LTFI: You see the weather?

rookie: Yeah, is that bad?

LTFI: No, just the opposite, means we're leaving early.

LTFI: Meet me at Loves, 3:30am. We should be able to get a full drift in, if we’re lucky we’ll have cloud cover all day.

Rookie, not known for being an early riser, hesitantly agreed and I assured him it would be worth it. I expected we’d have some clouds and maybe a shower or two and hoped that might get a few fish fired up enough to grab a fly. Made the drive up, dropped the boats in the water in the morning and already a few rays of sunshine were poking through. I asked the fish dogs to please let the clouds hang around for just a couple more hours. My wish was granted, and it wasn’t long until the sky darkened, and rain began to fall. It would not let up until the takeout. I hadn’t exactly packed for a downpour but had a jacket on and was warm enough. I soon realized rookie had packed for “summer” steelhead and had nothing more than a t-shirt and flannel with him.

After an hour in the rain…

LTFI: you got a jacket?

rookie: no, weather said light showers, hot and dry through the weekend.

LTFI: *blank stare* so you packed nothing for the light showers part?

rookie: Not really. I don’t think I put my rainfly all the way on my tent either…

The scene from dumb and dumber where Loyd gives Harry his extra gloves plays on repeat in my head. “yeah, we’re in the [strike]rockies cascades”.

With a jacket on rookie was back in the game and we fished hard the rest of the trip. I didn’t take out the camera much on day one due to the rain and the next few days are a bit of a blur so some of the photos are out of order. Early mornings, on the water watching the sun rise, fish till noon, off the water for the heat of the day and back at it once the sun dropped was the schedule going forward. 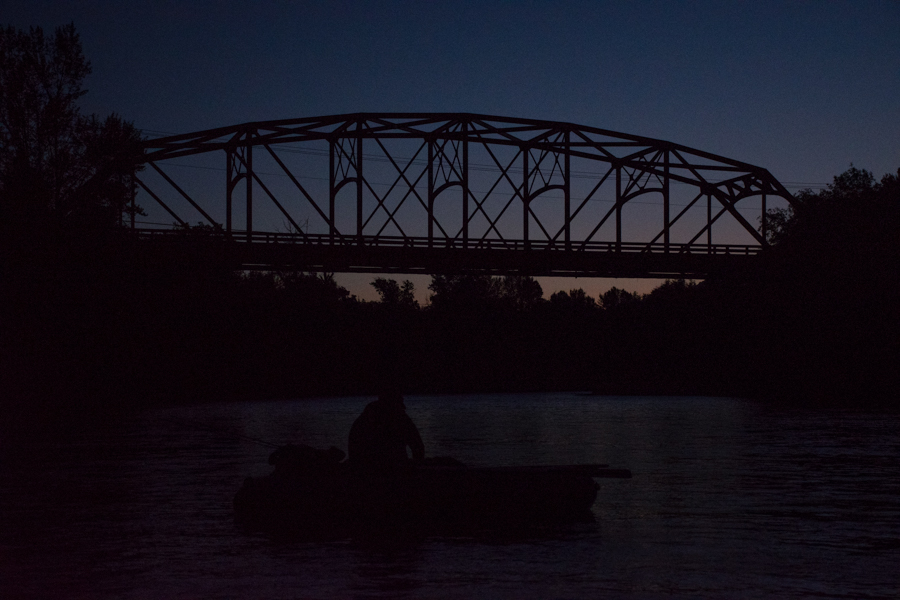 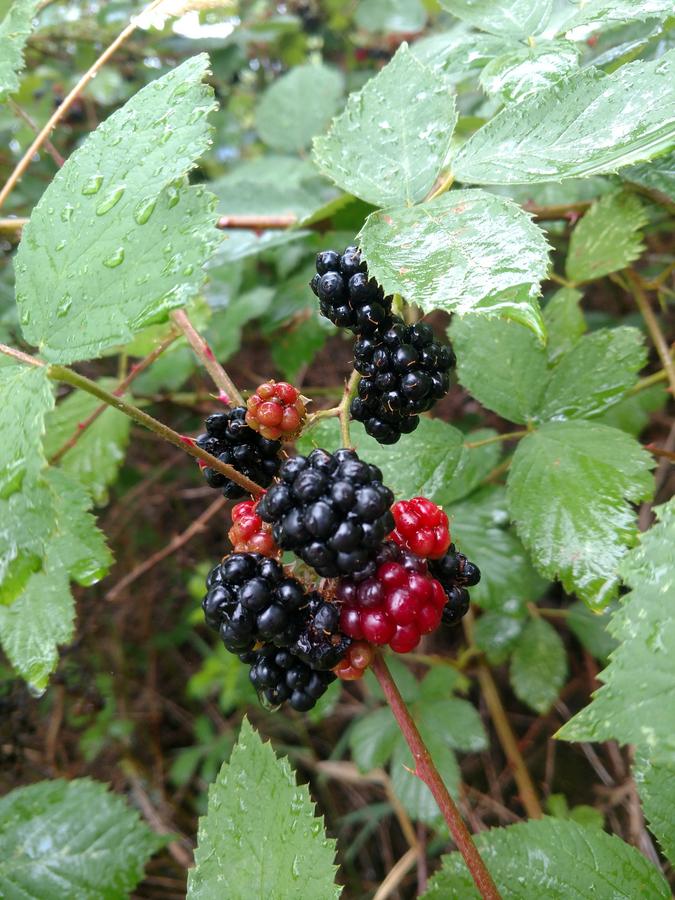 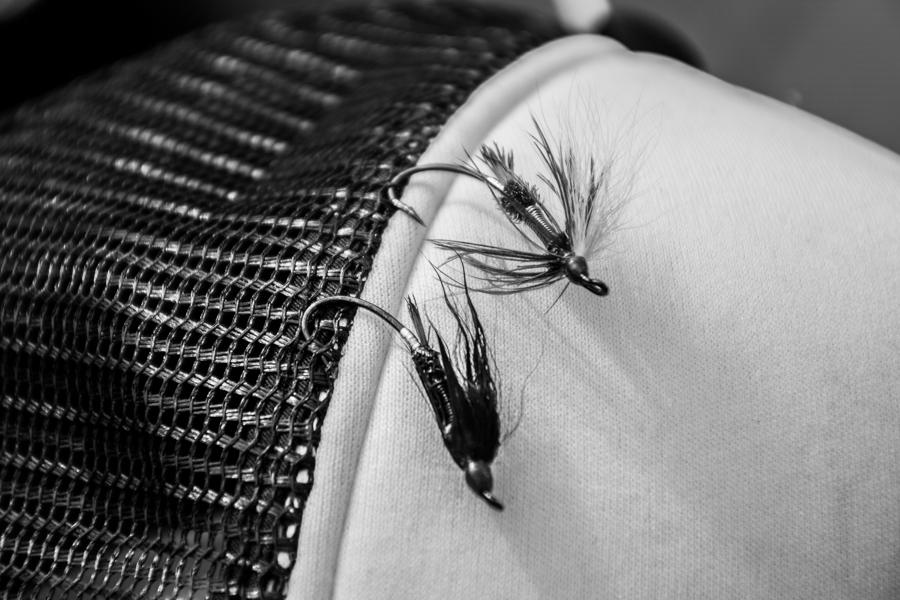 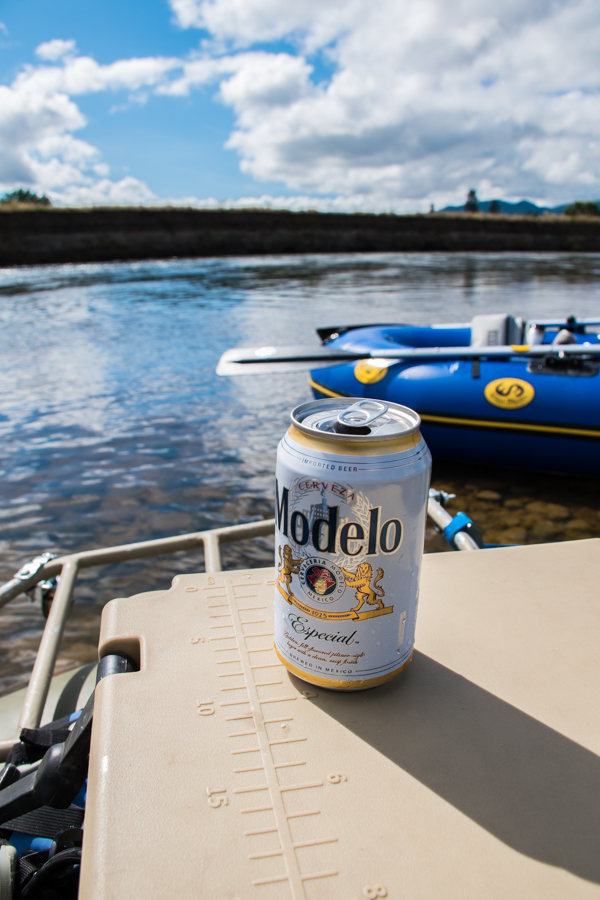 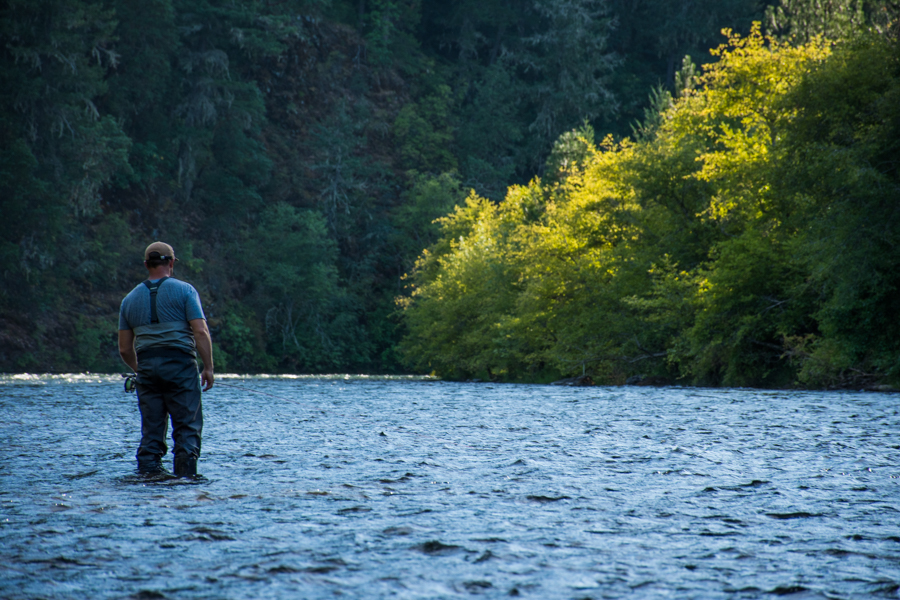 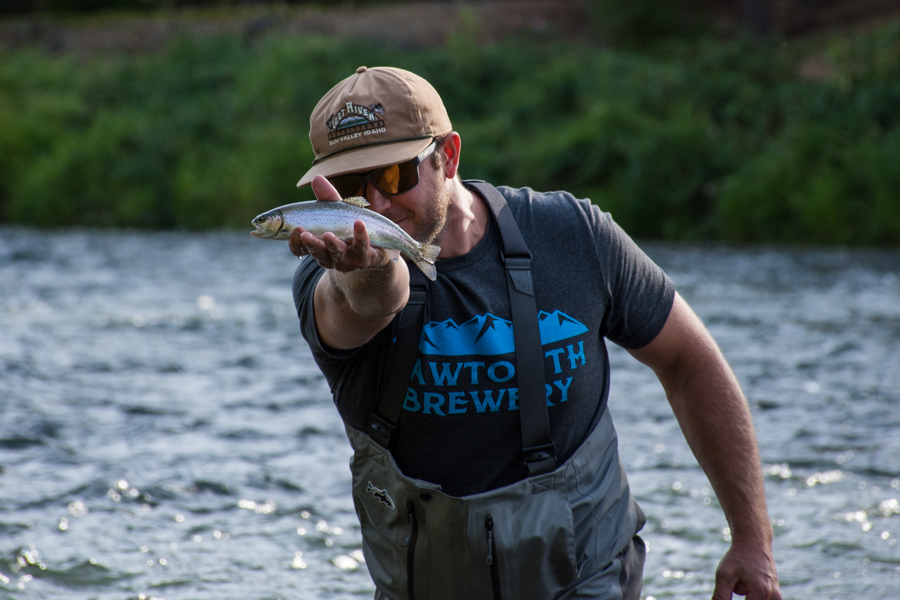 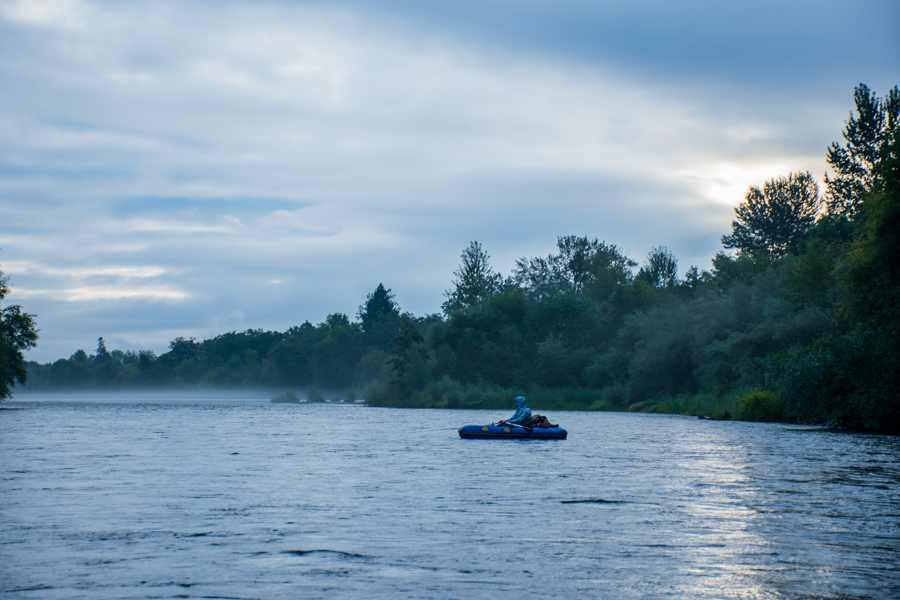 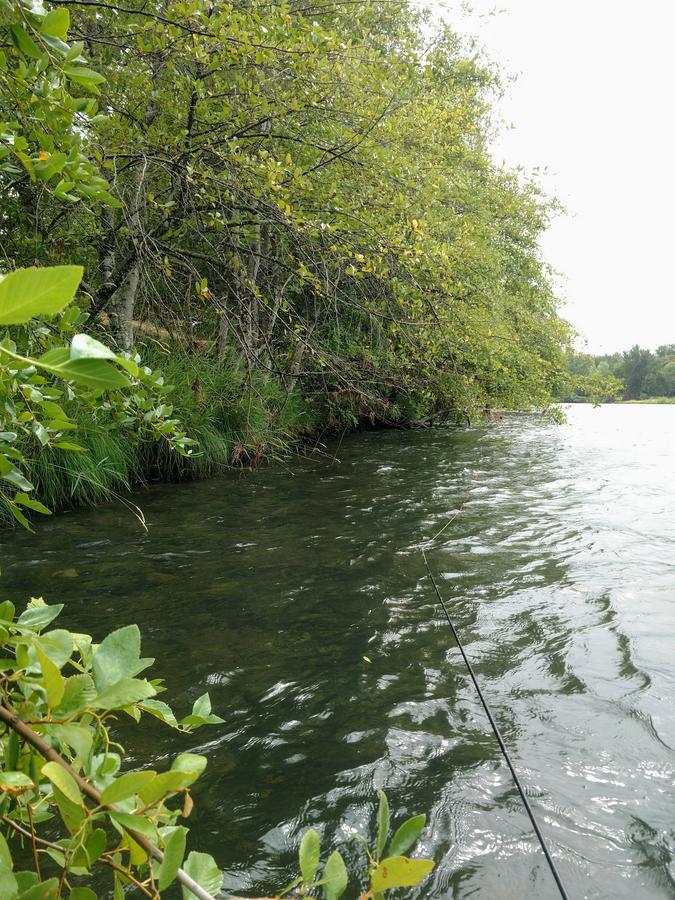 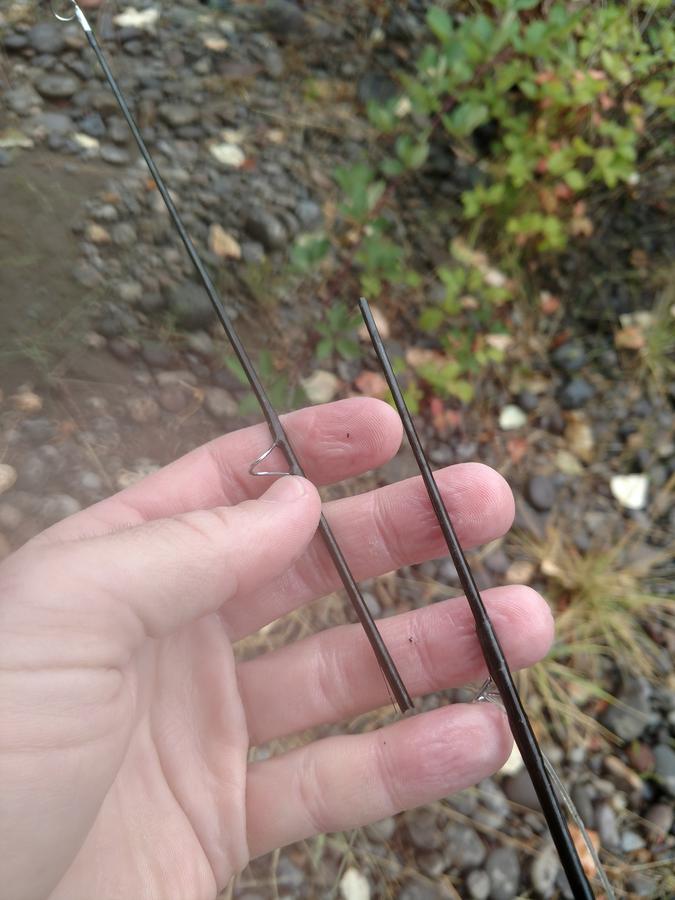 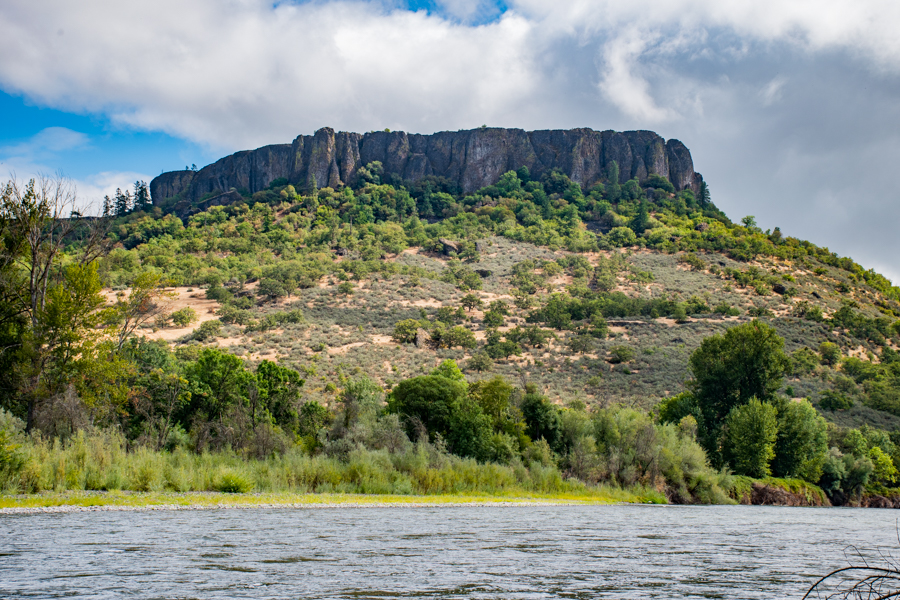 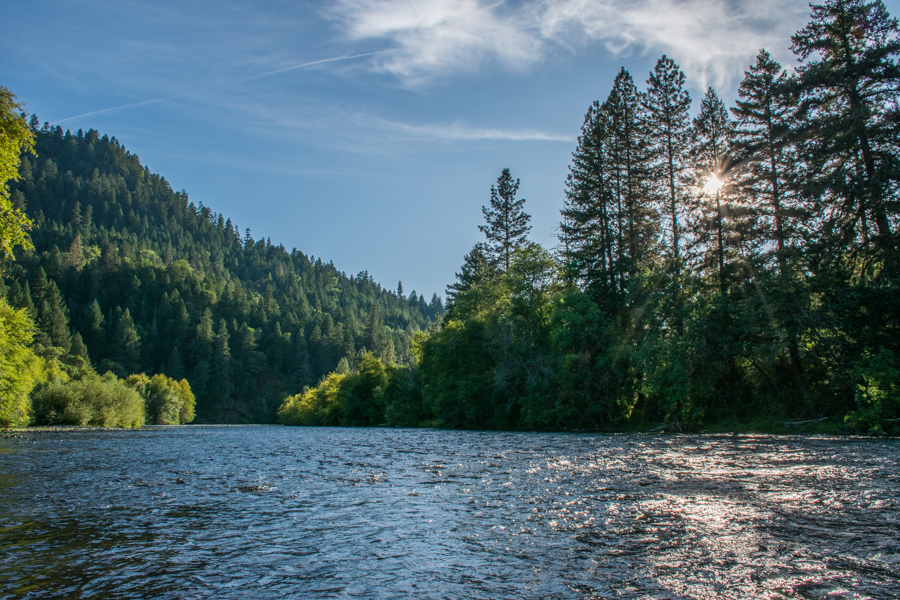 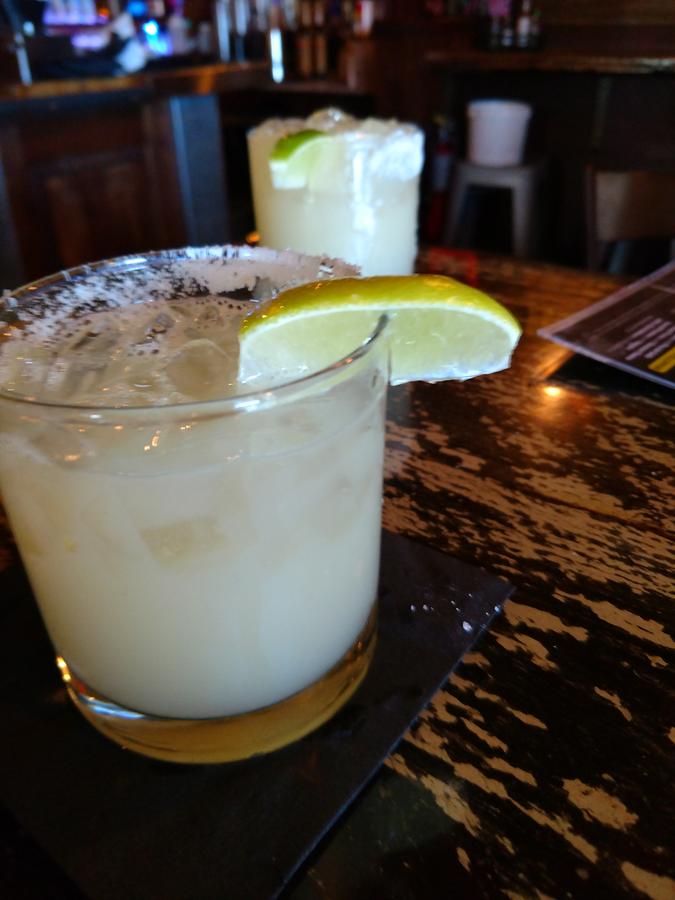 Surely not up to Joe's standards, but it's hard to pass up two carnitas tacos and a margarita for 10 bucks. 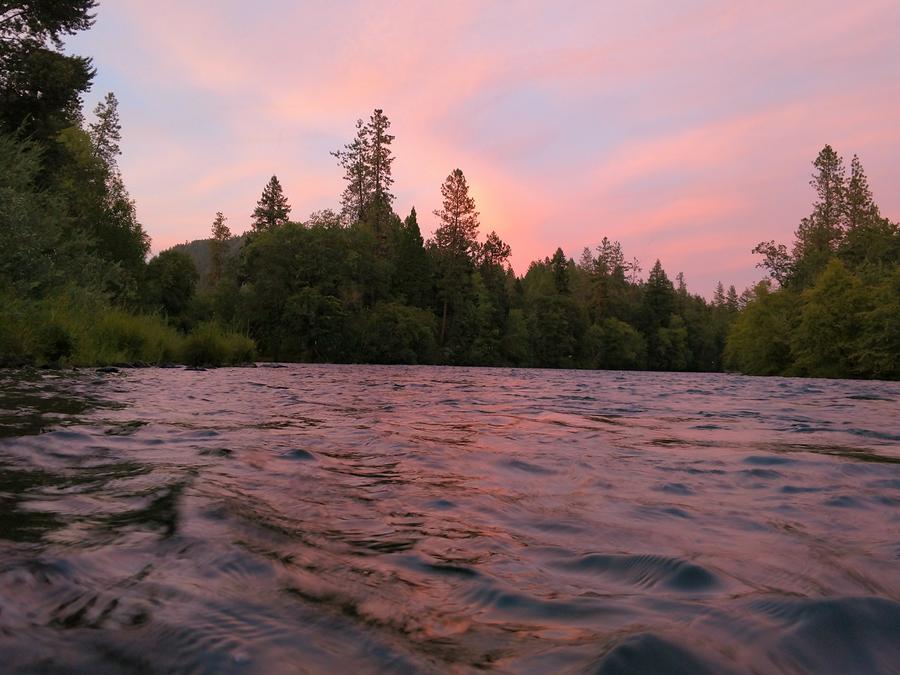 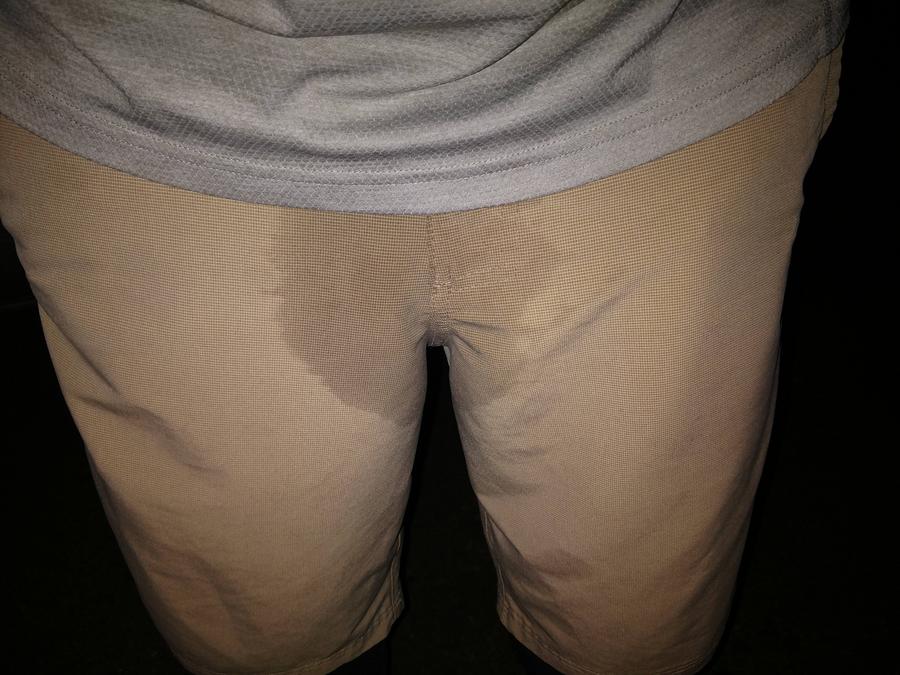 it's the waders, I swear. 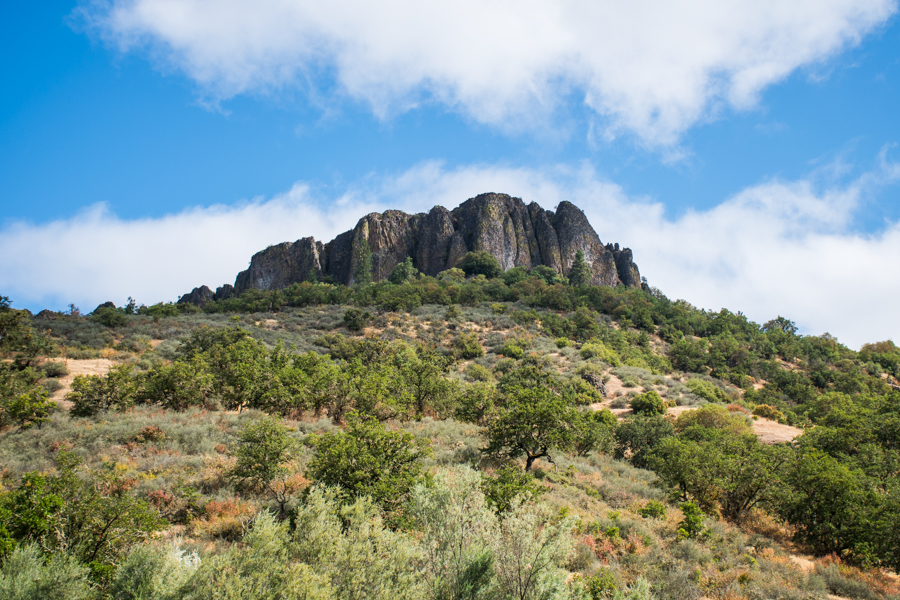 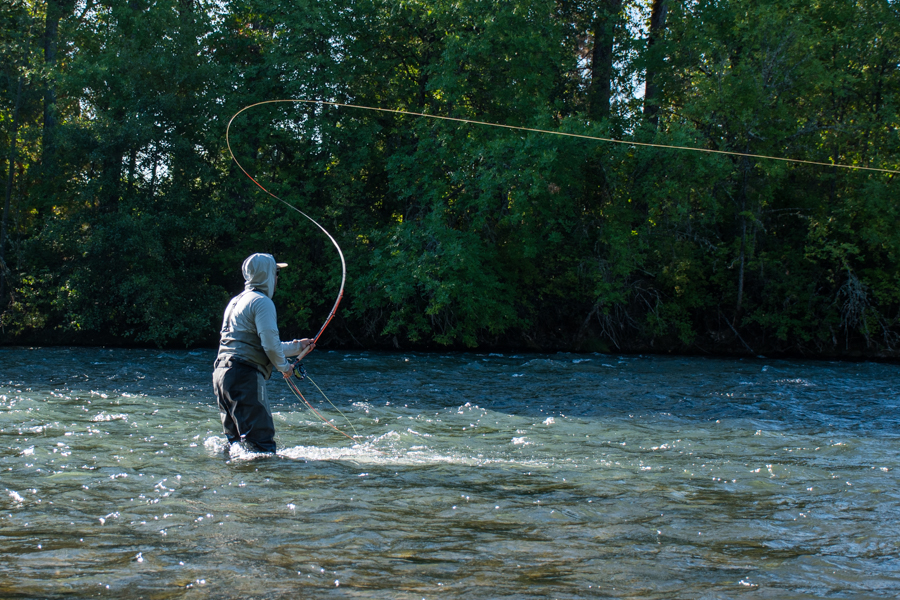 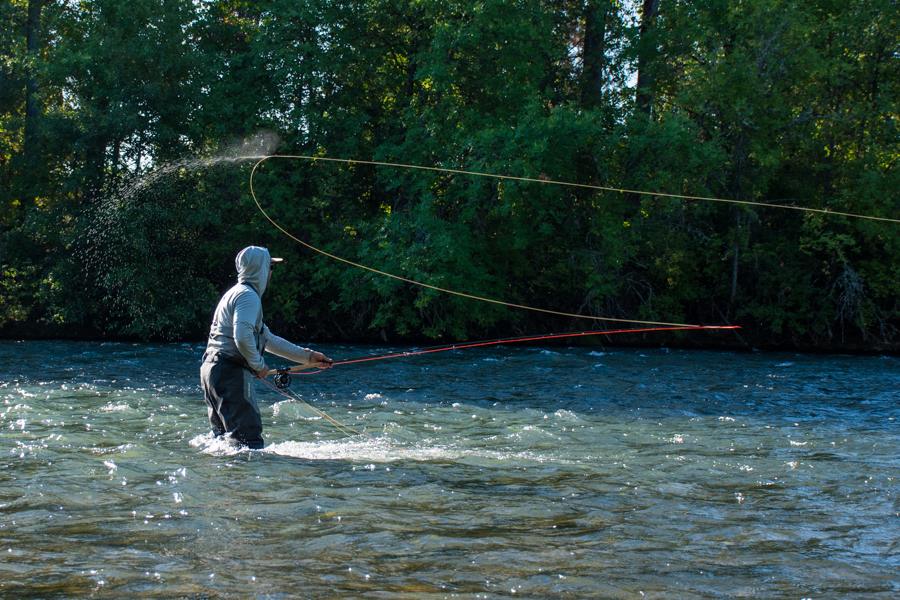 rookie is still a fairly green spey caster but after a few days he had the top hand quiet, bottom hand pulling hard, and was making quality cast. From a distance he may have even looked huge. 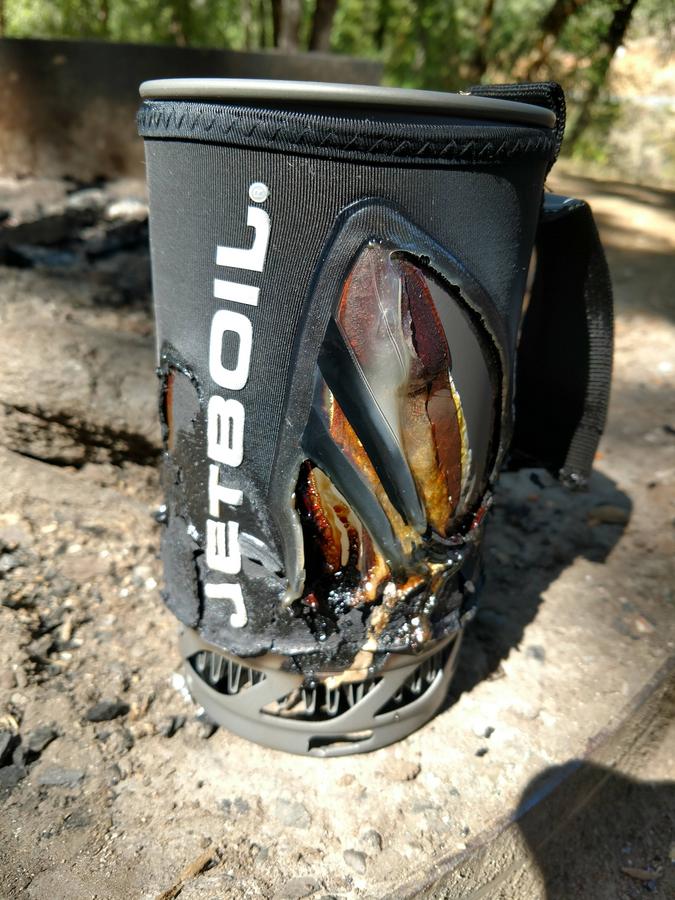 On the last night we made a big dent in the whiskey bottle. Before going to bed I vaguely remember rookie saying something along the lines of, "jetboil is ready to go for coffee in the morning," I guess I took that as "just turn it on and add grounds"... When the alarm rang in the morning I stumbled out of my tent and sparked the igniter, turned around to pack up a few things, next thing I know it smells like burning plastic...Yeah, don't run your jet boil without water, my bad.

I did take a few photos from the first day. As I said, clouds and a chance of rain was forecasted and I don't think its any secret that steelhead and those who fish for them prefer the sun to be off the water. Clouds, smoke, shade, or just low light hours of the day, when the sun is off the water there is heighten anticipation of a grab and every run looks a little more promising. I didn't exactly need extra motivation but a few days before I had been reading a book about a nearby river, and in it there was a passage about [i]"The best time to fish". The answer was anecdotally "when you can"...."but by August, and certainly every September, a long hot spell will be broken by a front of low pressure moving in over the mountains from the coast. If you happen to find yourself on the water during this time," well...good things happen. 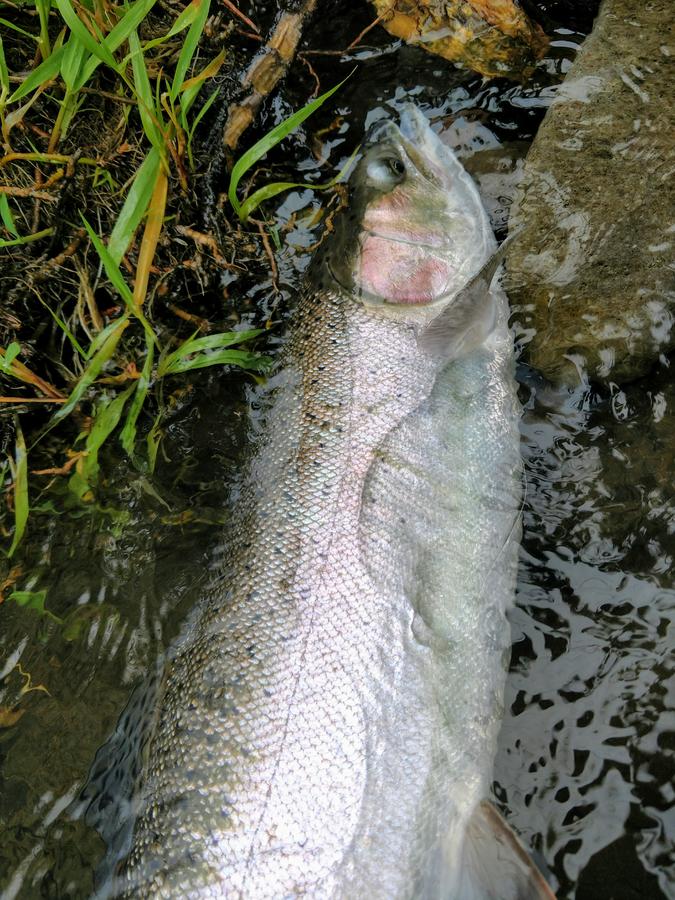 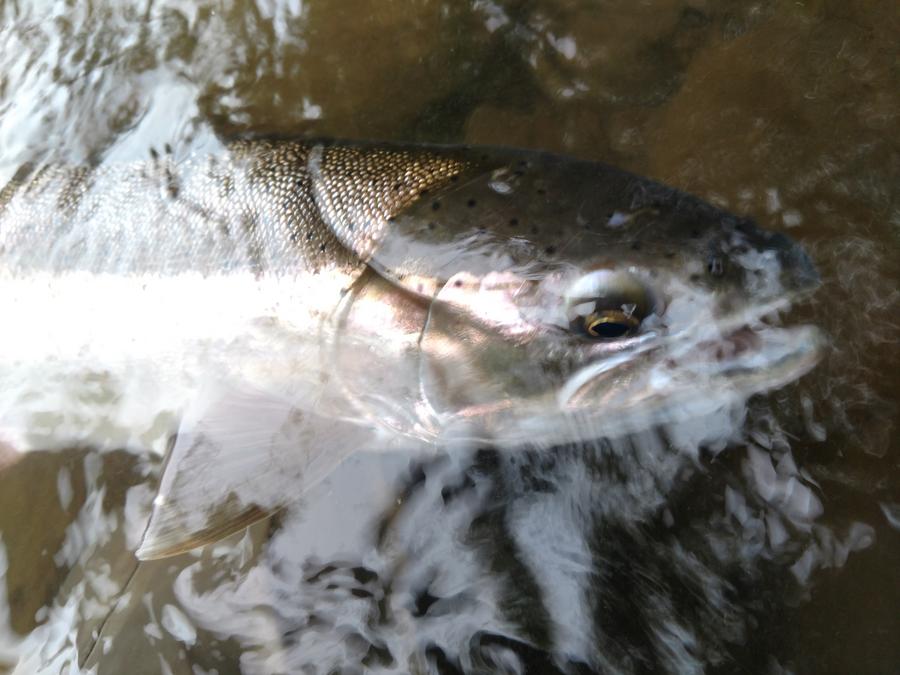 Around noon, after a few hours of rain stirring things up, I felt a violent eat and soon landed the first fish. Step back in, second cast hooked a much larger hen that screamed down stream cartwheeling and tail-walking every which way. Somehow managed to tailed her under some low hanging trees. I went for the hook and she thrashed, rod tip was hung up in a branch and snapped, hook was out and off she went with a big middle fin up pointed my way. An hour later the third fish of the day came to hand.

I'd be lying if I said I didn't want a picture of the big wild hen, but I was riding high and spent the rest of the trip fishing behind the rookie with a big grin on my face. 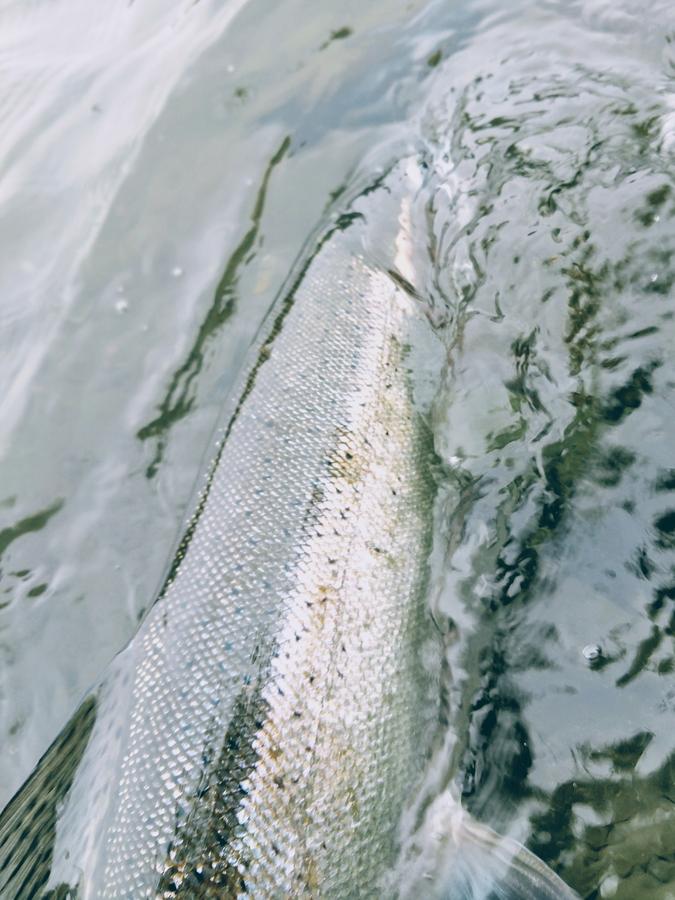 See ya'll in the winter.