First, make your dough. You can also buy it already made. It’s up to you.

2.JPG (159.2 KiB) Viewed 1243 times
Here’s a link if you want specific measurements regarding the sauce.

Add all the ingredients in a pan and bring to a boil.

After rolling out the dough, throw on some sauce.

10.JPG (218.45 KiB) Viewed 1243 times
… and then some chicken, some sliced green onions, some shredded carrots, and some white bean sprouts.

you know the recipes that they put on the sides of those big homestead soup cups?
ie. geet 17 white yonions and yer bucket o' water

that's what I got. none of this fancy pizza.

oh, and to be fair I might have got a cappuccino.
or two.
maybe some weed. no pizza. and definitely no fucking eggs.

You always show up sick, and sick people get soup.

I should have mixed your scotch with 7-UP the way Cornholio does.

When I was a child, I always got 7-UP when I was sick.

To this day I can't stand the stuff.

vegemite, mates.
a cure for the crabs as well.
violence solves everything.

Along with the Dutch.

In addition to the onion soup, I also served you a rib eye steak with Hollandaise sauce.

With a side of potatoes au gratin.

And it all ended up in the bin.

When it comes to food, all Mitch needs is cappuccinos, faux Caesar salads, chicken Thai pizza, and Freedom Fries.

And if fatman is buying, a pumpkin pie.

he does not want to be difficult.
in fact, he demands very little nowadays. he mainly just longs for forethought and the use of galvanised components.
violence solves everything.

By Redchaser -  Sun Sep 01, 2019 7:06 pm
-  Sun Sep 01, 2019 7:06 pm #695327
This morning I took my daughter crabbing at Rockefeller wildlife refuge. Rockefeller very likely has the highest concentration of alligators of any place in the U.S. (seriously, Rockefeller is where all the research and work was done to restore alligator populations when they were endangered in the 70's), so in addition to catching crabs we get the additional fun of playing tug o war with alligators when they try to steal the crab line. Normally when we go there I get my limit of 12 dozen blue crab in about 4 hours, crabbing with hand lines baited with chicken and a dip net.

This morning the crabs weren't running, we only ended up with a dozen smallish crabs and a handful of shrimp the kid caught cast netting. Certainly not enough for a crab boil, so I decided to stop at a store on the way home and supplement with enough stuff to make a good stew. I picked up a pound of lump crabmeat and a couple pounds of shrimp.

In Cajun country a crab and shrimp stew is basically the same as a gumbo, just a bit thicker and usually served with a greater proportion of rice. 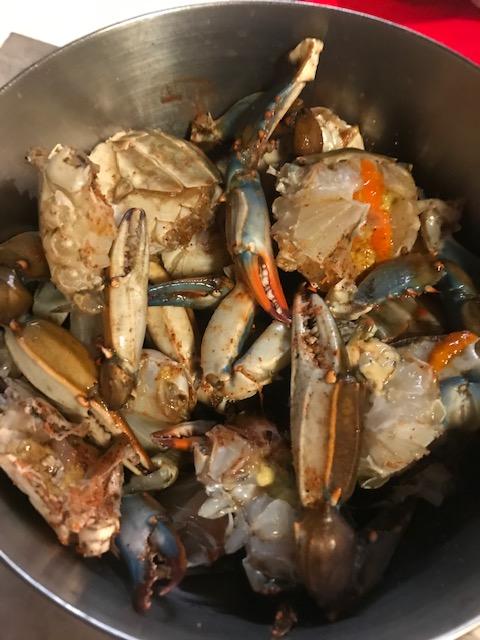 The legs and shells went into a pot for stock along with shrimp peelings. While the stock simmered I chopped up a mirepoix of onions, celery and bell pepper then started a roux, flour, oil, heat and lots of stirring. 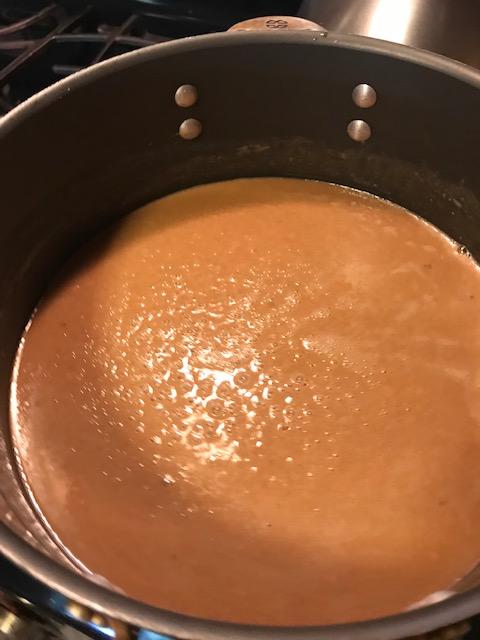 Roux can be made to varying degrees of "darkness". A darker roux has a nuttier flavor than a lighter roux, but the darker a roux is the less ability it has to thicken a given amount of liquid. I decided on a medium roux, dark enough for good flavor, but still able to thicken the stew well. Once the roux was where I wanted it I cut the heat and dumped the mirepoix into it to stop the cooking 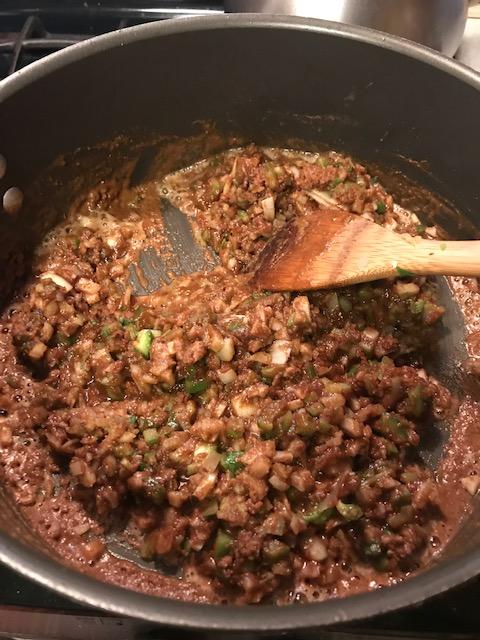 After the onions and celery were soft I strained and added the stock. After using all of the stock I still needed a little more liquid. I won't add anything to a stew or gumbo that doesn't add flavor, so I have a little cheat that I use for when I need additional liquid for a gumbo, stew or etouffee 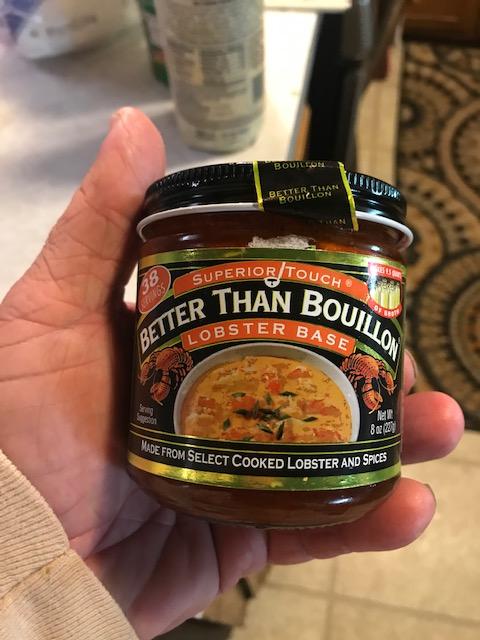 I feel a little dirty using it, but it works well. I seasoned the stew bit by bit and let it cook a while. I seasoned and cooked for about 30 minutes and got it to where it was well developed and tasted good before adding any precious seafood to it. The first thing I added were the crab claws and bodies. These can stay in the pot for a long time and will still hold their meat, but they add tons of flavor. 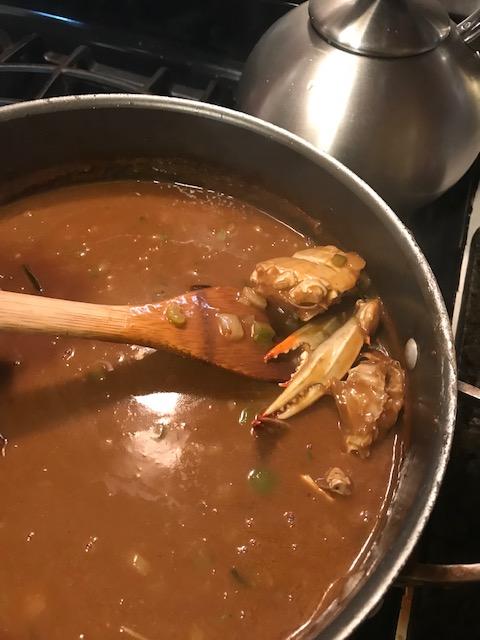 After a few minutes of simmering I tested and adjusted seasoning (Tony's, additional salt, garlic powder, hot sauce, worcester and bay leaves) because the crab releases some water when you add it.
I let the stew simmer very low for about an hour and cooked some rice while it simmered. At this point it was really tasting great so I added the lump crabmeat and shrimp. 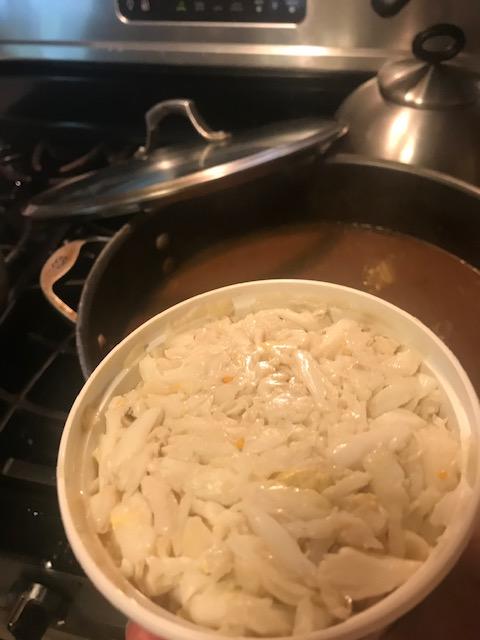 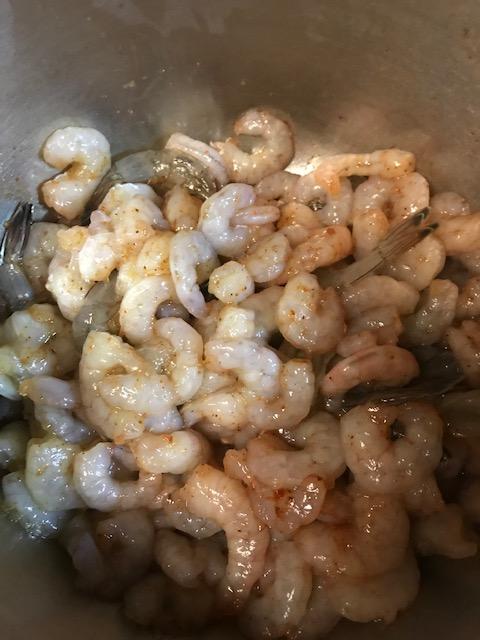 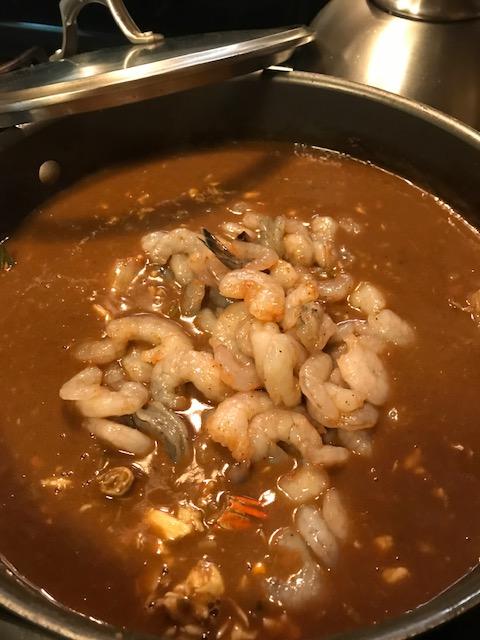 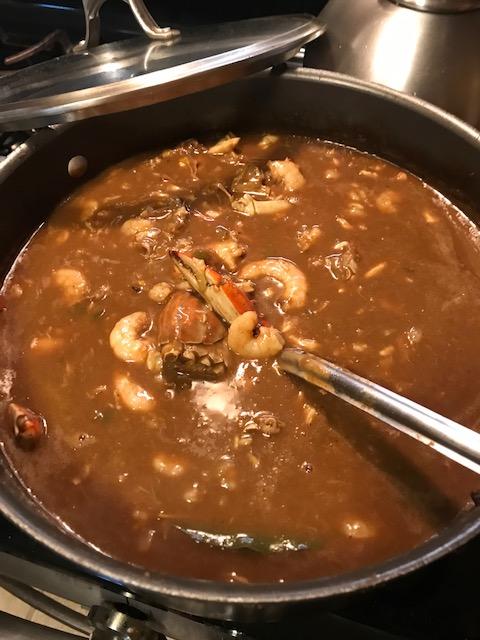 By the way I always season shrimp and/or crawfish before adding them to a dish because they release a lot of water and will bland out your dish, seasoning them before adding keeps the flavors balanced through the process.
I cooked for a few more minutes until the shrimp were opaque then added chopped green onions and parsley. 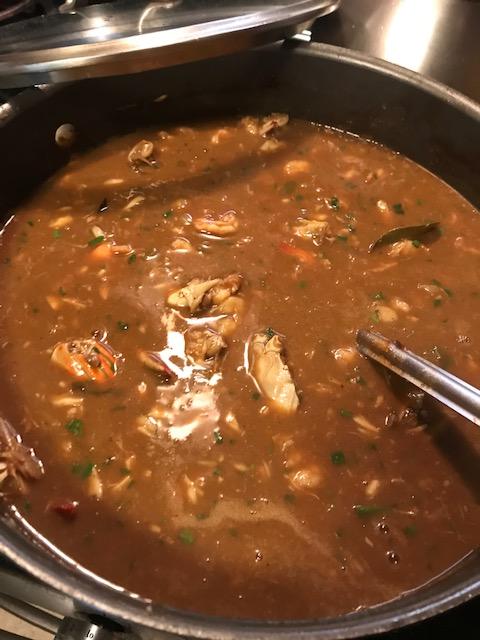 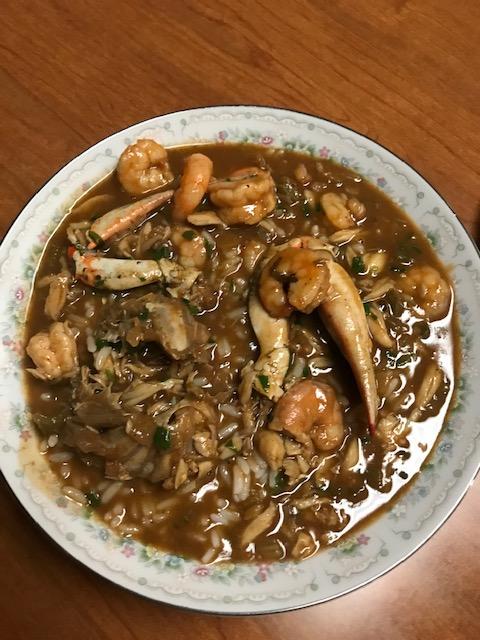 I have cooked and eaten a lot of crab and shrimp stews in my life, this was by far the best. Layering flavor over flavor and giving it time to simmer with the crab bodies and claws in it made it incredibly rich.
"... don’t let your life become the sloppy leftovers of your work" Jim Harrison

Love that better than bouillon, I use the lobster base when boiling crawfish, essentially boiling crawfish in lobster stock with the usual seasonings. Bring it up to a boil, add the bugs and cook until done and throw in a bag of ice to stop/slow the cooking. Not traditional but it adds a good bit of flavor.
The famous are rarely relevant, the relevant rarely famous.


it was at this point you lost the mtice.

now fetch me my smoking jacket, what what.
violence solves everything.

I'm sending in a piece of marabou on a toothpick