Mr. Don wrote:I think you should switch to wolves. Think of all the awesome t-shirts you could do.

now we are fuckin talkin. i like how u think

see ya,
mitch
the depths of your narcissism never cease to amaze me

Weedbed wrote:Wow....this forum is the biggest waste of time! There's absolutely nothing productive going on here. Pretty pathetic that you all just sit behind your computer screens and bitch at everything. Spend some time on the water, you might learn something. lol.

Hmm. Forgot to check back on your progress down here. I see you have douched it up just as I supposed you would. Nice work. If you haven't already, fuck off.

I think this drawing is much better than your crap- I mean look at the structure that this one has, look at the detail.
The wolf idea is great, everyone wants a t-shirt with a wolf on it... 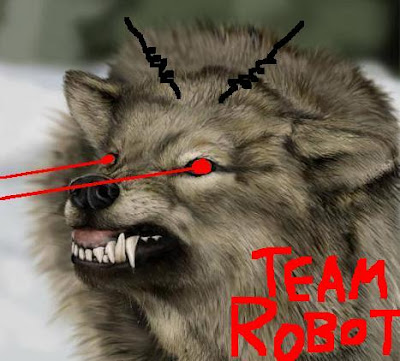 Im sure RFA could make this look a little better or tweak your attempts at art- into to true art....

CALLING RFA- Come in RFA.
Well, I''m the best there is. Plain and simple, when I wake up in the morning I piss excellence

And yes, fricking laser beams on their fricking heads would be most awesome!!

I went back 2 years later and actually got one, on[…]