by wovenstonefly
Toward the end of this swap I started wondering what I was going to do with the flies I received. I wanted to do something special with them but could not decide what to do. Then I noticed another thread where Bob White was offering a Drakian discount on prints and thought "This is it". After checking out his site a few times I decided on this print "Double Digit" to accompany the fine flies I was lucky enough to get back. I originally thought I wanted to do all the work myself and I built a nice frame out of a couple pieces of alder that had been weathered a little. The frame looked good but I never got around to purchasing matting. Part of this problem was that I did not know where to get matting that big. I finally took it into a custom frame shop and got a matting quote. The wanted alot more than I was willing to spend at the time, so the frame went into the shed and the print went behind the tying desk. 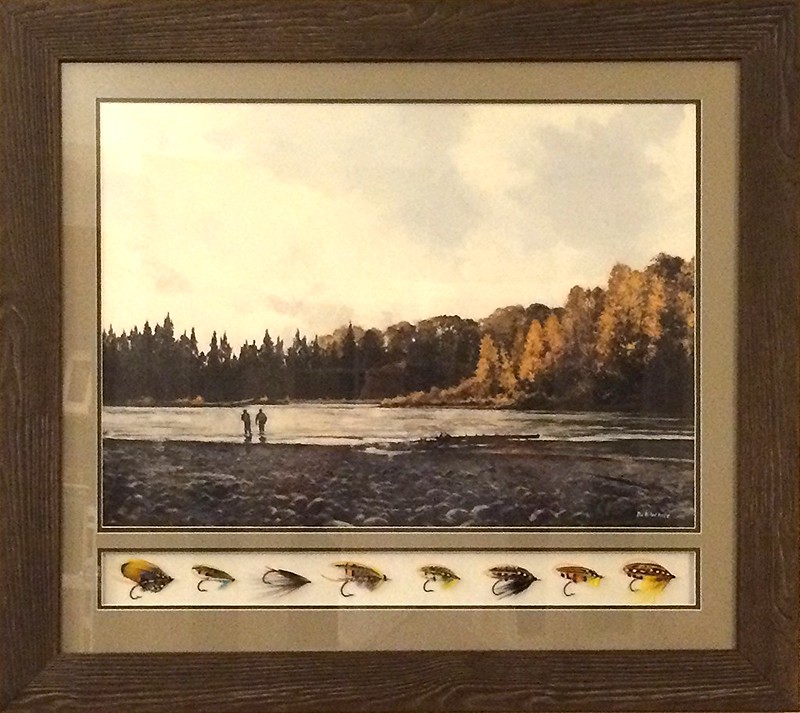 by austrotard
I'm going to tie 'the cites fly' with all these eagle, heron and platypus feathers I have.
and I know what you're thinking... but I pulled the fur off one of these fuckers and there was a lying bastard of an austrian duck inside it.

by the by, (I reckon) that's a nelly bly and they call me bruce.
cheers. 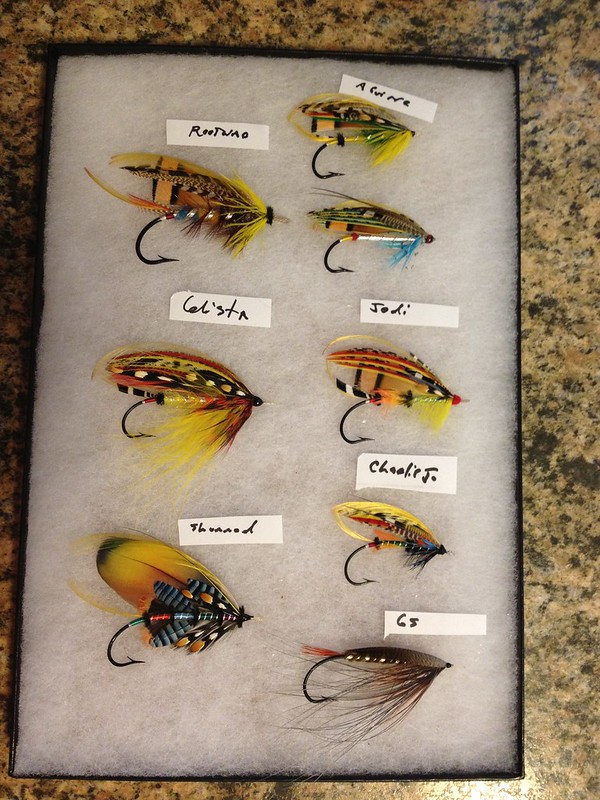 by root wad
Alan, mine is a Major from Tolfrey.

by wovenstonefly
Damn, Thanks for the help

by CharlieJenkem
Mine is Excelsior from Kelson

by Glista
Mine is a Floodtide.

by Aggers
Hey dickholes.
Hey Jed I forgot my password and I no longer have the old email. Fuck this new registration I want my shit back, help me out?

by fallen513
You've been logging in with the same password for 5 years..

by austrotard
just run with aggers for fuck's sake.