All threads that bitch about new, existing, or old members will be posted/relocated here. Keep this shit off the General forum, because no one wants (or cares) to hear your opinions. Now go back to the other forums and post something worthy of reading.
Reply 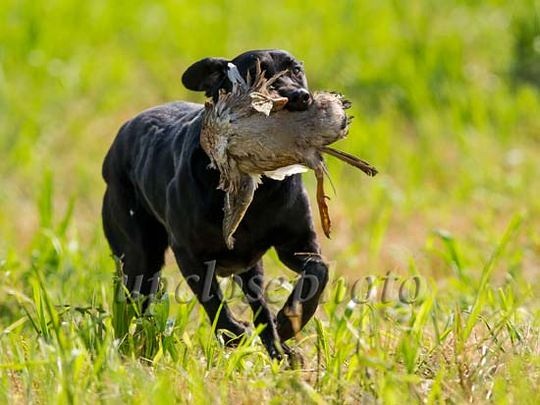 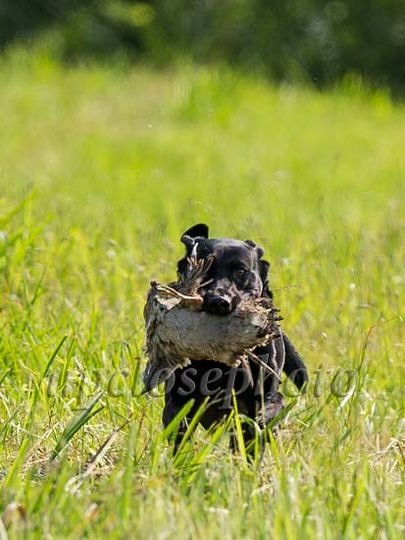 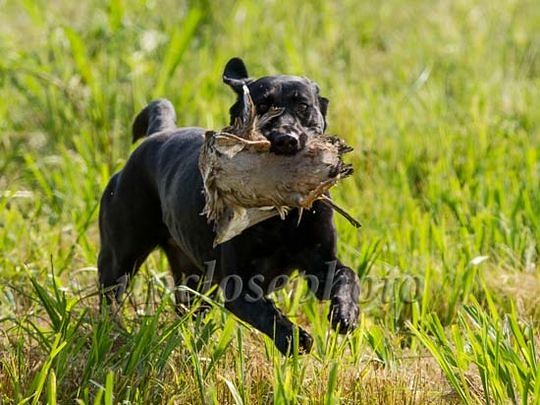 I suppose it takes all kinds. But for my money nothing makes for a happier or more confident dog than one who absolutely knows what's expected an is given the opportunity to demonstrate it. It's certainly hard for me to imagine "hurting" this dog. It seems like Ir would be counterproductive to my goals. For what it's worth- this one can take way more than I can dish out- and if I think she's being stubborn- it usuall means I need to reteach, as she is defaulting to what she "knows works" and doesn't give a fuck about getting burned down about it.
"Whenever I find myself growing green about the mouth; whenever it is a damp drizzly November in my soul; and especially whenever it requires a strong moral principle to prevent me from methodically knocking peoples hats off -- then, I account it high time to get to sea."

By johnbmadwis -  Sun Aug 03, 2014 5:38 pm
-  Sun Aug 03, 2014 5:38 pm #577112
Yeah, I wasn't taking issue with what anyone was saying. I was a novice. Other than "here" and "down", Jack learned everything he needed by himself though instinct. I tried to teach him "whoa" in the yard unsuccessfully - but then in the field, he never needed it - he'd lock point and I figured saying anything to him at that point would just be a distraction. As it happened, when I stopped trying to train for the field, the result was ... the dog got better. I gave him less instruction and he just kind of did his thing. He would jump up look at me to see the direction I was headed and go in that direction. Ultimately even following hand signals pretty decently. His deal was that he would bolt over the horizon on every 4th flush or so - that's when I'd use the vibrate. Unfortunately, no dog for me now.

By slapshot -  Fri Aug 08, 2014 12:55 pm
-  Fri Aug 08, 2014 12:55 pm #577625
After much back and forth, I picked up a Dogtra with some Cabelas cash I had going to waste. Finn had been doing very good in his obedience training but we were having issues off lead around the house. Away from home off lead, he was fine and would come when called. At home, not so much. The problem started when he met the neighbor dogs and was then invited into their house. He found the food bowls. After that, any time he was out and got free or I tried to let him off lead, he'd bolt to their door and scratch at their screen. No good. I tried everything I could think of to break him of this, but he had this shit imprinted that that house was where there was good food. Next door to them were kids who love playing with him. Another place to bolt to. It got so bad that he'd bust through the front door, knocking over my wife, and be gone. He was 6 months old and 60 pounds at the time. All I could see was a future with Finn being over 100 pounds and doing as he pleased. So I worked with him. Lots of "stay", that didn't work when he got excited. A long lead staked out. That ended with him flipping himself over many times and I started worrying he'd break his neck. He's a dumb lab sometimes.

I got this Dogtra because it had vibrate and shock. I didn't want to shock but wanted it for backup. I put the collar on and let him wear it a few hours a day to get used to it. After a few days I tried out the vibrate on him as he bolted out the door and to the neighbors house. BOOM. Dead stop. I saw the confusion and called him back to me. He came. I praised his return. Holy shit it worked. Every. Single. Time.

Now we're 2 months on and he wears it daily. It goes on in the morning and he gets excited because he knows it time to go outside and play before I leave for work. I take it off while he's crated and it goes back on the second I get home. Hell, he's even picked it up off his crate and brought it to me. I have shocked him maybe 5 times and never over 30 on the settings and I tested it all the way up to 50 on me. 127 on a friend, but he's weird and likes pain. He knows his boundaries now and it's amazing to watch. As a test, because I thought it was just the collar making him stay in our yard, I took it off. He would see my neighbors and walk to the edge of our property and promptly sit down. While he's focused on them, he's not bolting into the road and he's not trying to tear through their screen door. He then will come when I call him back to me. His recall has become much better, his minding his manners as well.

I wouldn't say they're for everyone, but it's worked wonders for me. My plan with Finn has always been to have an excellent fishing partner that is welcome places and so far it's falling into place. I usually drop em in the grass and then fish out another cast or two while I wait for them to get tired enough to hold still - that way you can actually tell how long they are against the rod. - JT

I tested it all the way up to 50 on me. 127 on a friend, but he's weird and likes pain. He knows his boundaries now and it's amazing to watch.

Finn or your friend?

"The devil's pourin drinks and his daughter needs a ride" - III

I tested it all the way up to 50 on me. 127 on a friend, but he's weird and likes pain. He knows his boundaries now and it's amazing to watch.

Finn or your friend?

I usually drop em in the grass and then fish out another cast or two while I wait for them to get tired enough to hold still - that way you can actually tell how long they are against the rod. - JT

By jhnnythndr -  Fri Aug 08, 2014 7:03 pm
-  Fri Aug 08, 2014 7:03 pm #577655
60 or so and up is what i call a "solid fucking correction" on Ms P. usually 40-45 straightens her out if she's blowing me off. If she's refusing casts at 70-100 yards she needs about a 55 to restore her faith in my veracity. In the yard- as in doing yard drills she works at about 33- which is nice and low. And sure you can slap the collar on and immediately teach the dog that it means no- and that a buzz means knock it off or ill zap you- but if you properly collar condition the dog it understands the collar to mean "put out more" "show me some effort"- which is a pretty radically different and far more useful message that can be applied across almost any training scenario.
"Whenever I find myself growing green about the mouth; whenever it is a damp drizzly November in my soul; and especially whenever it requires a strong moral principle to prevent me from methodically knocking peoples hats off -- then, I account it high time to get to sea."

fallen513 wrote:If my min pin had balls I'd hook a car battery to them. He pissed on the couch.

Have you never pissed on the couch?

How would you like it if you had a car battery hooked up to your balls?

I think all beings are entitled to pissing on the couch at least a few times in their lives with impunity.

Don't get me wrong, it's a whole 'nother story when it becomes habitual.

I'm just saying that 3 or 5-ish couch or bed pissing events in one's lifetime should be considered acceptable.

Anything beyond that is up for individual scrutiny and debate.
"girls with eating disorders will usually let you come in there in butt." -Jhnnythndr
"...my grandmother’s Tang always tasted like rusty water and dirty socks." - Average Joe
"with some limited exceptions steelhead live where the lady selection is sparce." - MTG

right.
who wants to meet up in anchorage?
we'll always have buffalo, sweet josh.

By jhnnythndr -  Sat Aug 09, 2014 4:33 am
-  Sat Aug 09, 2014 4:33 am #577688
Anyone who wants to meet up can find us at the carousel. No it's not. Strip club. Or else carpentiers or the whaler.
"Whenever I find myself growing green about the mouth; whenever it is a damp drizzly November in my soul; and especially whenever it requires a strong moral principle to prevent me from methodically knocking peoples hats off -- then, I account it high time to get to sea."

Pretty much everyone here is a better dog trainer than myself. I've got 3 dachshunds. All rescues, one from a walmart parking lot, and the other two from some lady who never even bothered to house train them, and they are 2.
I want to be able to take them to the farms and not all chase the cattle like a bunch of little assholes. They each have distinct personalities, and behaviors I'd like to correct, but the barking in the back yard is a big deal for all three. If they are out in the back yard alone distraction and a treat as positive re-enforcement can usually get rid of barking for a while, but when all three are together they tend to feed off each other's barking and I can't get any actual training done with them. Training one by them self is one thing but working with all three is a pain in the ass. If I can get them all individually used to a beep or a vibrate through the collar before they get popped with a shock I want to be able to settle them all down at once and be able to work as a group. In the long run I'd like to teach them to sniff out sheds, even if they never find one they could at least walk around the woods or pasture and not bolt off, not to be seen for a day. All three have confidence issues so getting them to a point where they are able to accomplish a goal is something that I want to work them toward. All three are good with people and other dogs, especially big ones.

Anyone know of an e-collar that is designed for small dogs? Between that and more positive re-enforcement I think I can get through that stubborn personality. They all like to know they pleased, but for fucks sake if it isn't a pain in the ass to get them to do anything that they don't want to do.

I know Cabelas has one that is programmable for up to three dogs, but the collars are full size. I don't need something strong enough to put a lab on his ass as my little shitbirds aren't very heavy, but I want them to get the picture when they are getting lit up.