A healthy river is a beatiful thing- TR


I threw together a little jaunt to the Hill Country with Steelrain and a lurker some know as Flaco. I provided them much better grub, beer, and fishing than I'm giving y'all in photos.

We met at the Taqueria for some grub

and then headed out to my favorite river. It was a little cool, especially when we first dunked our nutz. Steelrain said it was so cold he couldn't feel his bullet holes, and I don't know if that's good or bad.

I was still finishing my last taco and 2nd beer, so Steelrain got a two fish head start on me.

There were a ridiculous number of fish swimming around us. Loads of sunfish, multiple bass up to 4 lbs, HUGE gizzard shad, and I spotted at least 6 catfish over 22". This river was down to 3 cfs two summers ago, so seeing it spring back in such abundance is a wonderful thing.

Some samples of the better, and more unique-

That there's the lurker, and he cracked my ass up when he was plunking a small sunfish he caught in a hole where a large bass was hanging out, all while still attached to his 3wt G2.

And he's the least redneck of the three of us.

After throwing at a snooty 5lb bass that didn't like my socks and shorts pairing or something, we went back to the truck and finished off the rest of these- 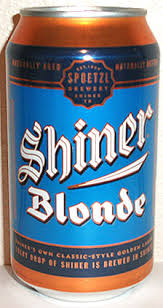 We figured a hundred fish between the three of us, mostly caught on top was a pretty damn good day.[/report]
Buy better hooks and bourbon.

"When you gotta pull a head off a body to be humane, then the plan was flawed." - befuddled

"Is this site related to the beautiful Magazine by the same name?" - Harold Ray

eph
"Won't you tell me, brave captain why are the wicked, so strong, how can the angels get to sleep when the devil leaves his porch light on." Tom Waits

BigCliff wrote: It was a little cool, especially when we first dunked our nutz.

Cool? What the fuck, I don't see a foot of snow on the banks...Pussies.
"There will be days when the fishing is better than one's most optimistic forecast, others when it is far worse. Either is a gain over just staying home." Roderick Haig-Brown

. it was great heck, I may sneak up there during the week and try for that huge bass we saw in that side water.
the only thing I've learned from reading this entire thread is that the hokey pokey isn't really what it's all about.

steelrain202 wrote:I may sneak up there during the week and try for that huge bass we saw in that side water.

Dude, I'm tellin ya, that fat girl in the bottom of that last pool before we headed back...

Oh wait, you probably spooked it out and I was seeing the same fish down by the tail of the pool.

I wouldn't call meself a literary critic but it la[…]

2nd batch ready to ship. Hope you guys like some[…]