We planned to carve a couple heads Saturday, and get redheads painted over the course of the weekend that I had already carved and primed. That meant we had to get straight to work Friday night, but my wife had to feed us first!

Out in the shop, we're looking at colors ... and Jacob got a tube of Old Holland that was sold and labelled as Burnt Umber, but was definitely a black. It turned blue as soon as you added white, like all blacks do:

The guys still look pretty good at this stage, it's only about 1am Saturday morning when we finish the grisaille.

Breakfast Saturday morning (and again Sunday) my wife cooked us a hash brown casserole so we could do our thing while she slept in.

While Jacob and Terry and I carved a head, my brother, who was in town on business, and has zero interest in ducks, worked on a wolf for his daughter. It came out pretty great!

About the time the wolf was done and our heads were carved (I forgot to take pictures) it was lunch time. Chicken on a gas grill, bread grilled too, and a salad of couscous, blueberries, mangos, and baby cucumbers.

OK so the plan was to carve another head, I had carved the left half of Terry's head while he followed along on the right. We were going to have him do another head but at this point we realize it's already 4 pm and we need to start painting. We paint for a few hours and take a dinner break at 9 pm. Did I mention my wife's hobby is cooking?

Three course Moroccan dinner, and not without its own adventures. When my wife went to preheat the oven for the lamb, an electrical fire started in the oven control panel. We have been paying for a home warranty and it looks like we're getting new double ovens for our $75 deductible. Anyway, a friendly neighbor oven was employed.

The main course comes out and the guys start photographing the food...

Back in the shop, Terry is combing the pockets and scaps on his redhead.

2 am Sunday morning (well heck it's still Saturday to us!) It's not just whatever crap I got on my iPhone lens snipe hunting a couple weeks ago that accounts for the blurry... the guys are tired!

Our paint brushes are tired!

We have about 12 hours of paint in this bird... and I wish we would have done one more tiny thing... plus I wanted to do a few more but time was an issue.

Sunday morning, more hashbrown casserole and Terry went out the shop and started measuring and laying out another head... but we were out of time, so once Jacob and I rolled out of bed, we just took the morning to drink coffee and look at each other's decoys.

And... one group shot. The weekend was a hoot, we planned to do too much, accomplished most of it, and 4 days later I'm STILL tired :D

My best efforts at casting looked like a retard skipping rope.

I'd be 400 pounds if Princess could cook like that.

fatman wrote:I have zero interest in doing that myself. But I think it would be a GAS to shoot a limit of ducks over a rig of those dekes.

My friend has a working spread he purchased from Charles Jobes, and your assessment is correct. 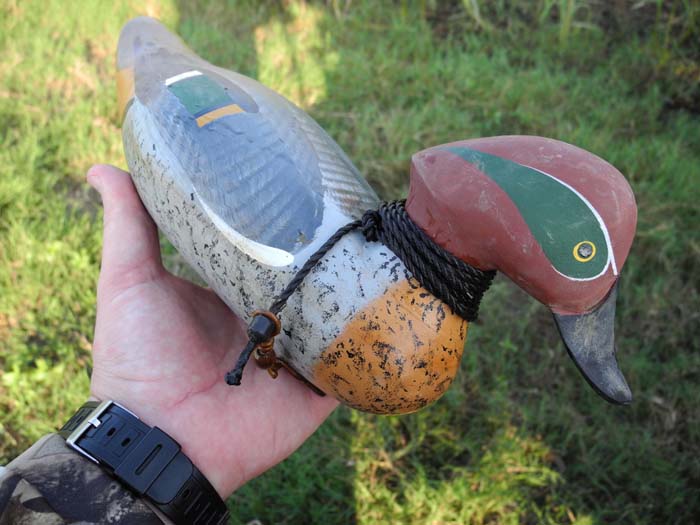