great. now everybody knows I'm not from austria.
someone's going to tell us to get a room.
we'll always have buffalo, sweet josh.

You're off your game Mitch.

I choose my battles.
and I could've got away with chose.
we'll always have buffalo, sweet josh. 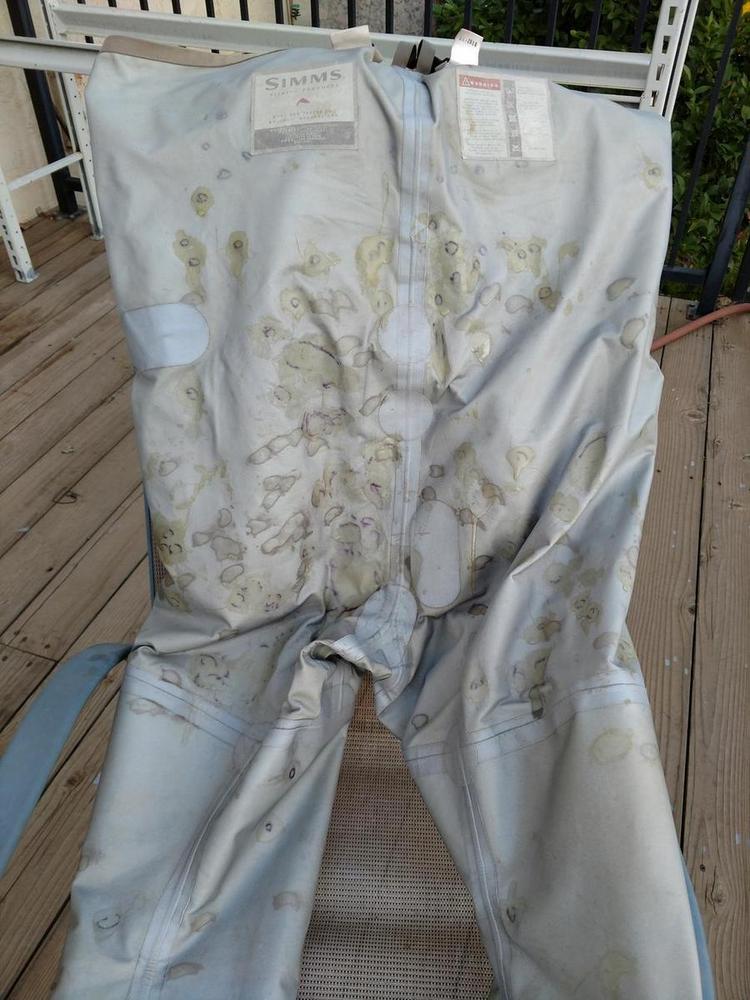 You should probably get some penicillin.

funny, that's how I always pictured jose's pajoojoo waders to look like... but without all the aquaseal.
we'll always have buffalo, sweet josh.

This was meant for almost tr unlimits.

I got all inspired reading this one and through mine up in here.

Sue me or come fish out here...

That’s OK. I put my Friday cheer in the makes me happy thread on accidents.
You can't go back and you can't stand still
If the thunder don't get you then the lightning will

I choose my battles.
and I could've got away with chose.

These youngsters won't learn unless you stay on them Mitch.

funny, that's how I always pictured jose's pajoojoo waders to look like... but without all the aquaseal.

They do. I'll wear them the next time you visit.

Once Hagen pays him back.
"I never got a hoody."

This is a photo taken from my backyard. The bay is just beyond the high voltage transmission towers.

A couple of beers and a few whiskeys later, I went online and bought a nine weight rod, a saltwater reel, and a saltwater fly line.

Once everything arrived, I put it with the rest of my fishing shit and promptly forgot about it.

The day after I retired, I got up at around 9:00 AM, put on my bathrobe, cracked open a beer, lit a cigar, and then settled into a rocking chair out on the patio.

When my wife got home from wherever she’d been, she came out on the patio and said, “So! Your first day of retirement! What are you going to do today?”

“Yep. For the next six months, this is about all you can expect out of me. After that I’ll get my ass in gear, but from now until the end of December, this is pretty much all I intend to do.”

I have to admit that she’s been pretty damn good about it.

Yesterday morning it was cold - in California that means low to mid 50’s - and so instead of drinking on the patio I decided to drink inside and go through my fishing gear.

I came across the nine weight, along with a shitload of shrimp flies I’d tied for all of the Heero swaps that never panned out, and after a few beers thought, ”I think it’s time I fished the bay.”

My wife wasn’t home when I made this decision, so I left her a note that read, “Took a walk. Will be back soon.”

And then I left.

Had I been sober it would have seemed strange walking down the streets of my neighborhood carrying a fly rod, but that was not the case.

I passed by the shit-processing plant…

And there it was.

It had taken me less than ten minutes to get here.

I kept walking until I found what seemed like a good spot and then started casting.

It was an old bait/spin fisherman who’d been plying these waters all of his life.

We started talking, and he gave me the locations of half a dozen different spots that usually produced fish - all within walking distance - including a couple areas where I might pick up a lost salmon or steelhead. He also told me the best months to target stripers.

I thanked him for the information and then headed back home.