By Creamer -  Fri Aug 16, 2019 7:40 am
-  Fri Aug 16, 2019 7:40 am #695067
Last fall I was in Utah with the family, got to fish a day, but left with the feeling that I've got to get back and fish it harder. Cutthroat trout were on my list, I'd never caught one being from Ohio and not going west much. This past spring, I booked a flight and made travel plans for a 3.5 day trip with the primary goal to complete the Utah Cutthroat Slam. I did a lot of research on locations and travel routes, got some help from a local I knew through social media, and knew it was going to be a metric shit-ton of driving to do it.

I caught an early flight out of Columbus and was on the ground in SLC by 10AM. I was on the water shortly before noon chasing the Bonneville cuttie with Pete. It didn't take too long to knock that one out. We caught a few each, and I hit the road. 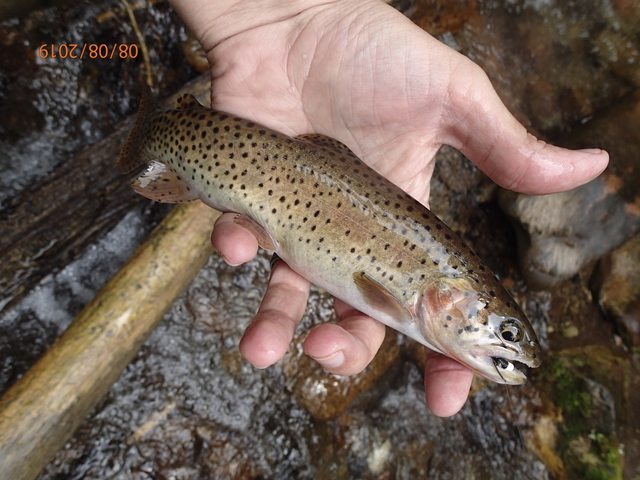 The drive to the next stop was long, about 165 miles to the extreme NW corner of the state where you can find the Yellowstone cutthroat. The streams up there, better known as cricks to an Appalachian like me, were freakin tiny. It was the smallest water I have ever fished, by far. After I lost a fish less than 10 minutes in, I connected with a little cuttie to knock the Yellowstone off the list. 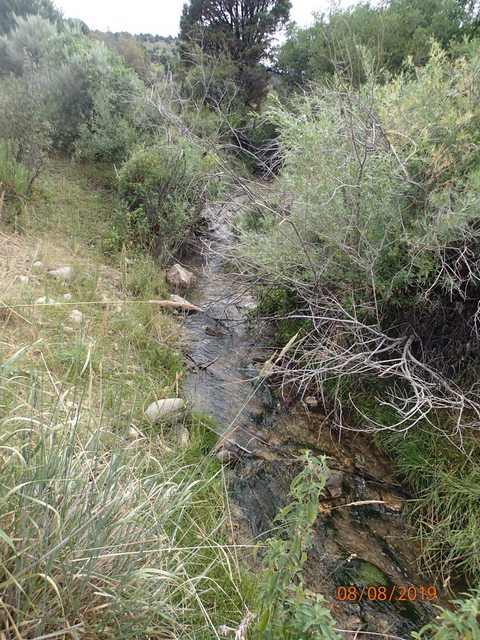 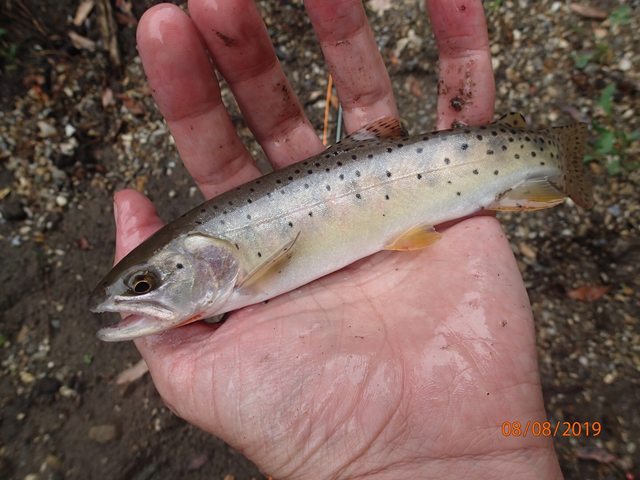 Feels like home to see road signs with bullet holes. 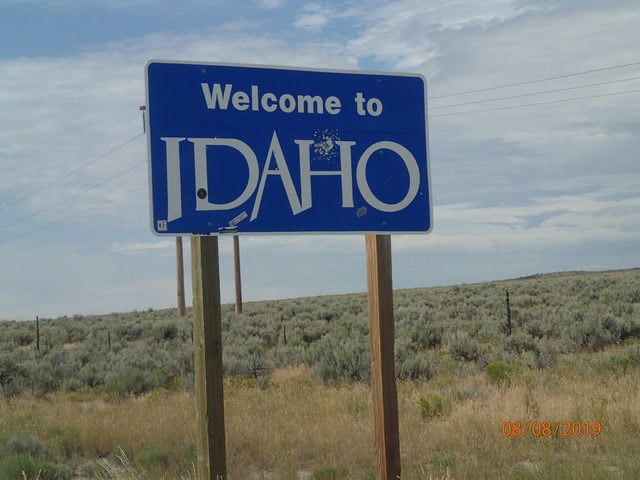 I got stupid at that point, checked the time, and saw that if I hustled I could make it to the next stop and maybe cross off the Bear River cutthroat before dark. So basically, I drove three hours to fish for twenty minutes and got right back in the car. A couple hours later, with an hour before dark, I got to the next stop. I drifted a big dry down that run for a few casts, nothing. So I tied on a dropper nymph, and on the first cast a Bear River cutthroat came up and blasted the chubby. I picked up one other small fish there on the dropper before dark. 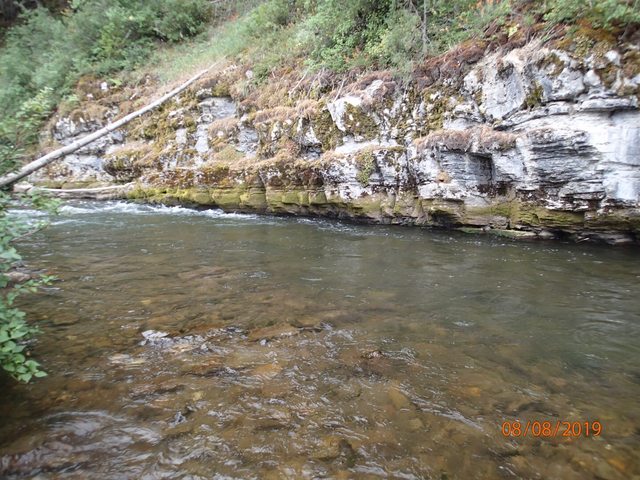 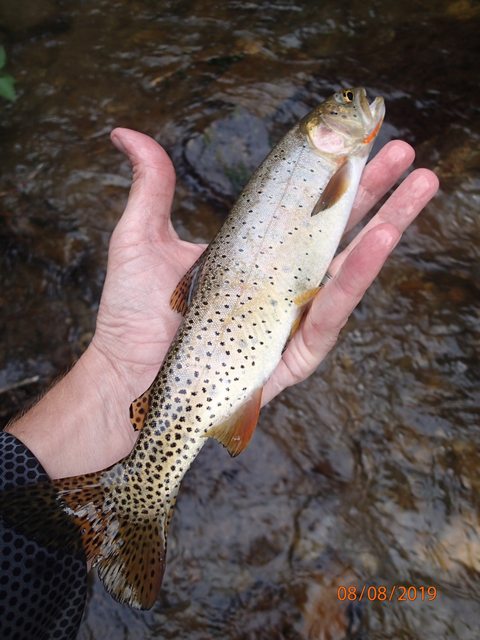 A 4AM wakeup and 3 hour drive later, I was at the last stop to try to finish off the slam with a Colorado River cutthroat. I actually had time to fish this stream and enjoy it. I was a little surprised the shitty rental car survived the forest service road part of the trip, but it got there in one piece. 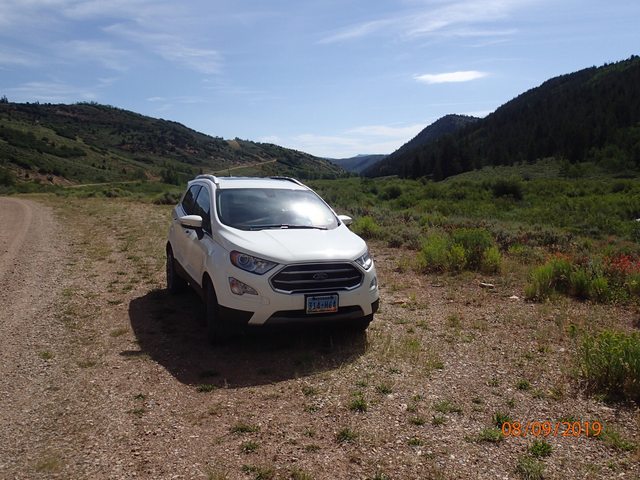 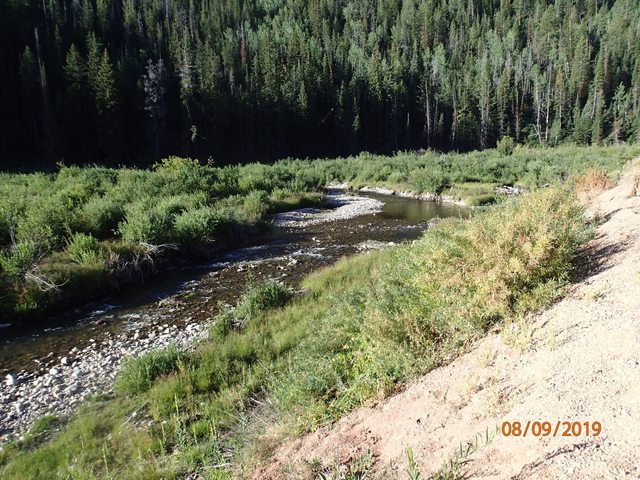 The fish were being assholes early, not rising to take dries, so I added a 16" dropper to a little tungsten red dart and got into a lot of fish. I had a shitty morning with losing and rolling fish, though. Still caught several, but lost a bunch of fish. 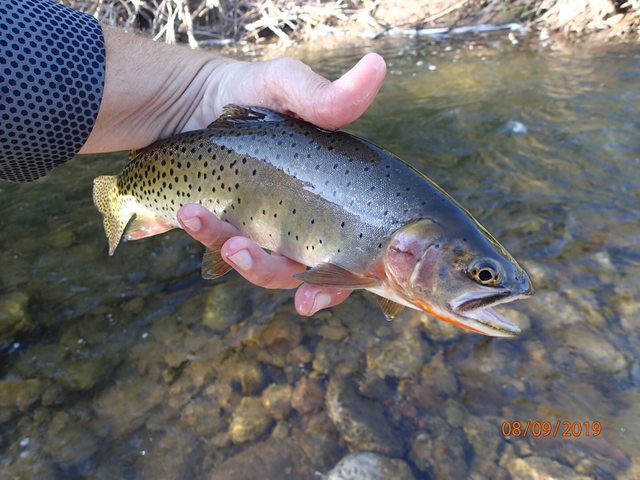 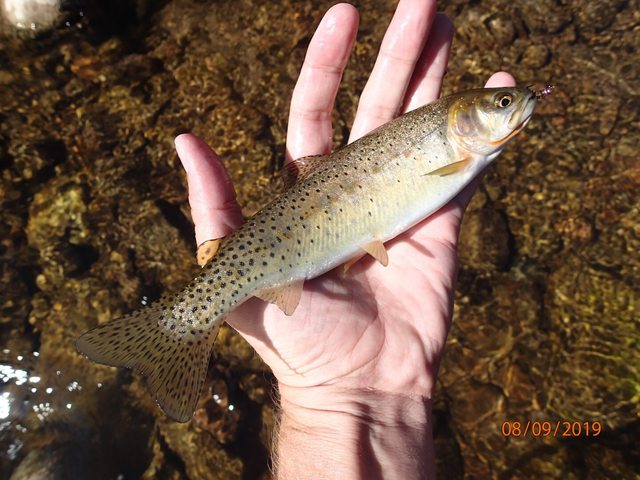 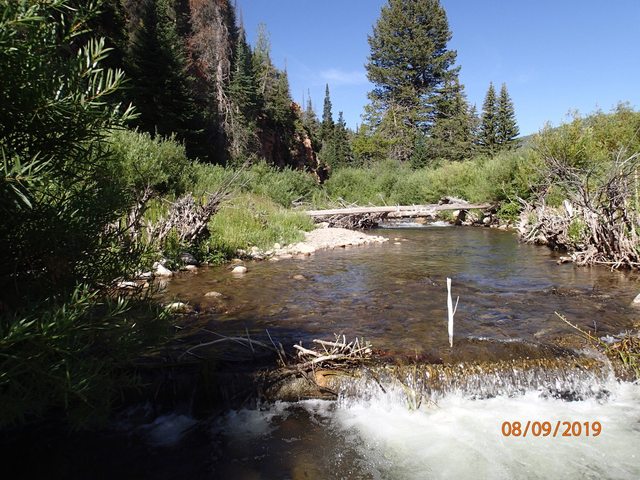 The rest of Friday was pretty much all travel. Back to Orem to meet some buddies, then we traveled from there three hours to where we were going to fish an alpine lake via float tube the following day. When we got to the lake early Saturday morning, spruce moths were hitting the water and the brookies and splake were on them. The dry fly bite didn't last long, but while it did, I caught the biggest brook trout of my life. 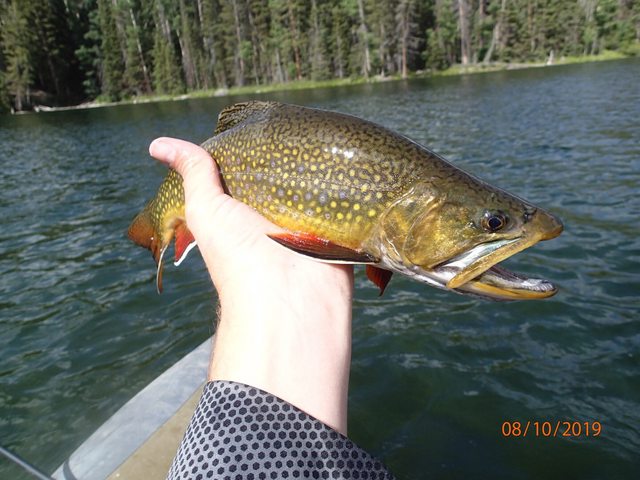 The rest of the day was spent fishing midge tips with mostly chironomids and callibaetis patterns. The majority of the fish I caught were splake. Maybe 3/4 through the day, a small storm rolled in and rained on us for a few minutes, and after that, the fishing got really tough. Still caught a few, but it was tough sledding after the rain. 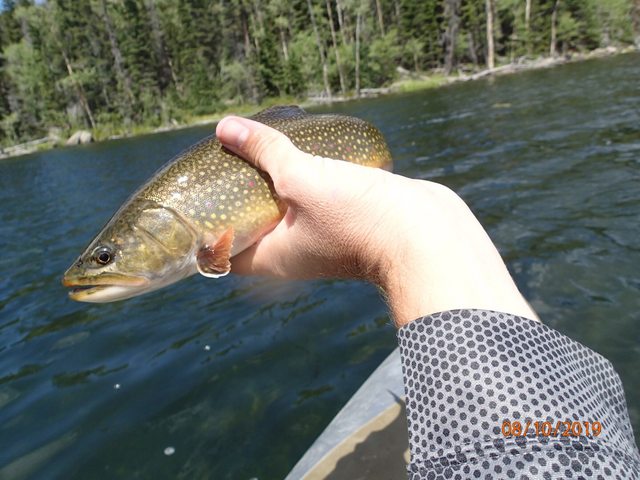 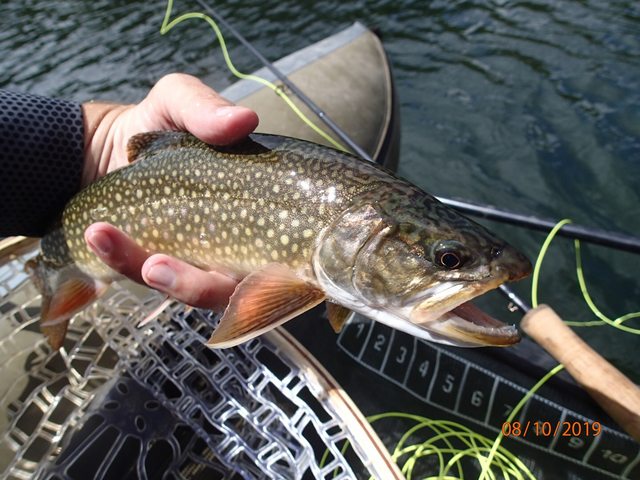 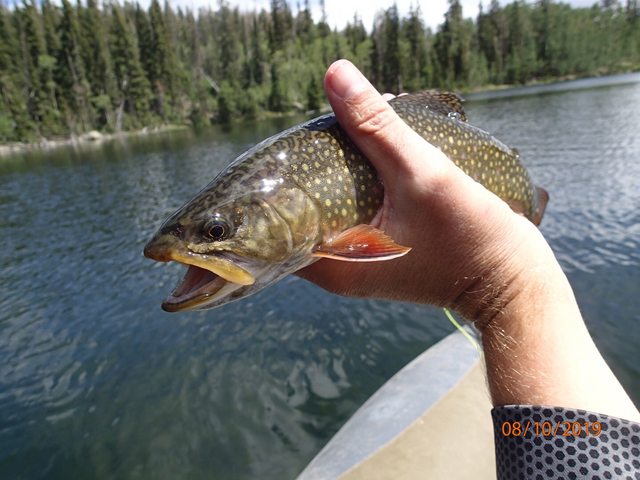 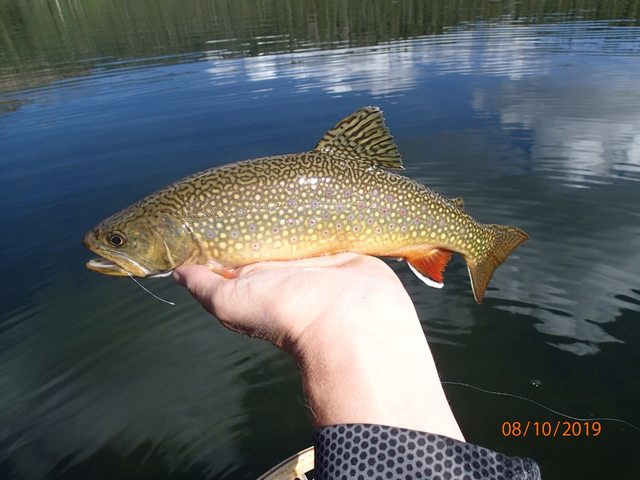 We stopped on the way back at an Indian curry pizza place. We tried their Bhindi Pizza...holy hell that pie lit me up inside. Tasty, but it packed a hell of a punch. 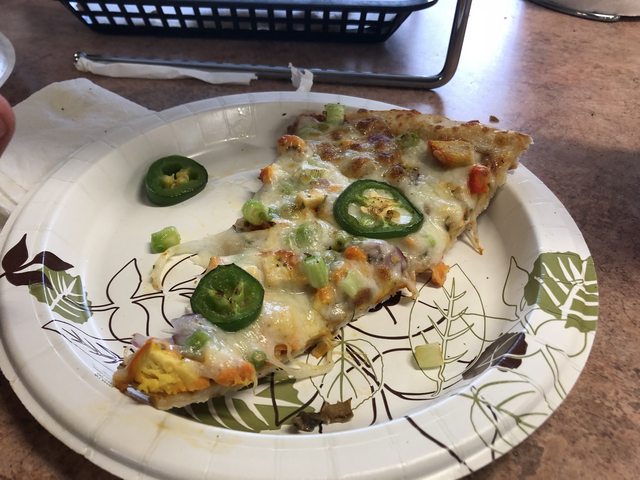 I flew back on Sunday, but had the morning to kill before heading to the airport for a 5PM flight. I went back to the same stream where the journey began and had a great dry fly day. Maybe half the fish were sight fished with bow and arrow casts. It's a gorgeous little stream that fished really well, especially considering how easy the access was. 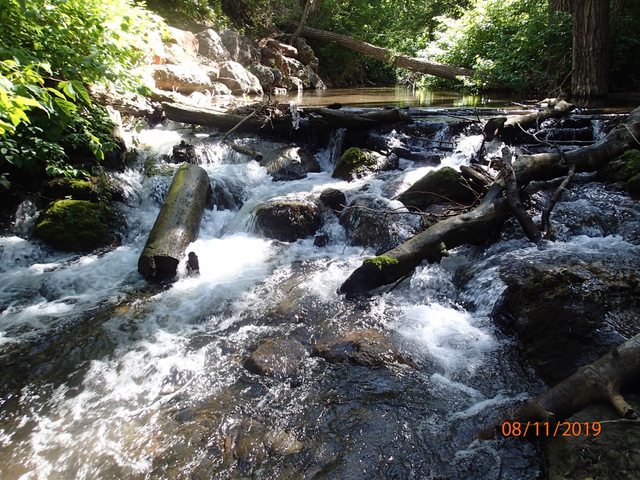 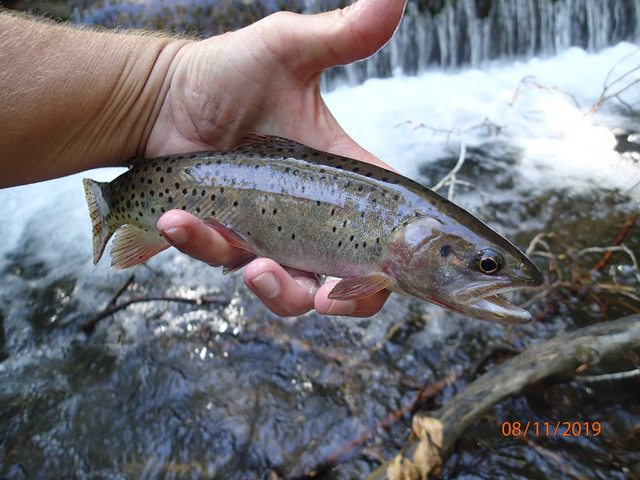 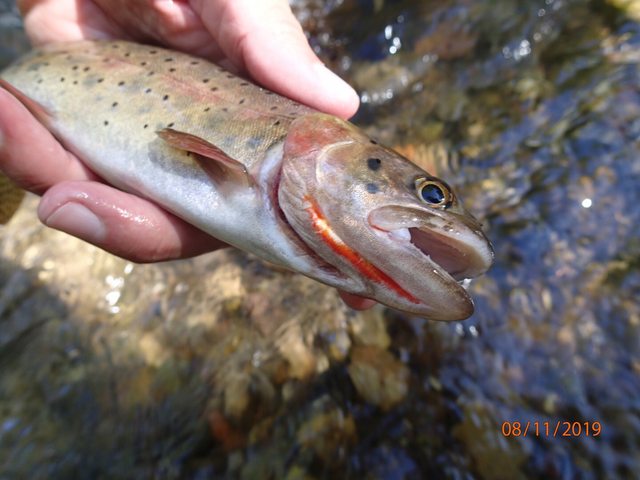 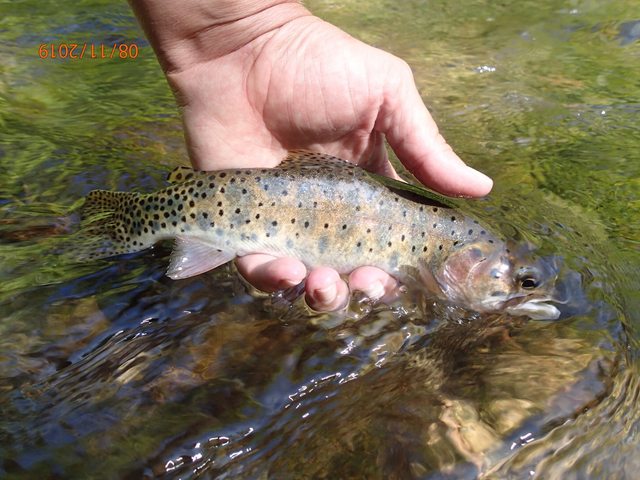 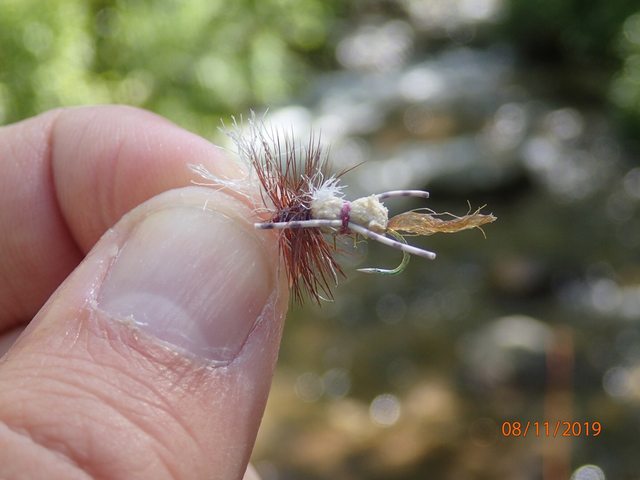 A short drive to the airport, followed by two flight delays and a 3 hour ride back to Columbus, and I was back at home in Ohio by 2:30AM. I did the math on the flight back and figured out that I traveled roughly 971 miles by car in 3.5 days there. I knew it was a lot, but damn. The beehive state didn't disappoint. I had seen the YouTube video of three guys doing the Cutthroat Slam in one day. If I had been able to start fishing closer to dawn, I'm pretty sure I could have done it, too. I was pretty happy to have done it in under 24 hours. Ton of driving, lots of new wildlife seen, lots of fish caught, practically zero sleep, but it was all worth it.

That's awesome that you were able to catch all the necessary species.
... there are two kind of anglers, sight fishermen and the rest of you. If you don't see it first, it doesn't count. - Long Haired Dave

Damn. Sip to be poured.