sometimes even I have to fish on the weekends...

By woolly bugger -  Mon Apr 26, 2010 8:45 pm
-  Mon Apr 26, 2010 8:45 pm #311798
[report]I arrived at five thirty and was expecting to find Troutphisher in the water I wondered if he would have made the 6 hour drive in his waders? He wasn’t there, and I was a bit concerned but without cell service I had no choice but to suite up and fish till dark and hope he showed up. This was a last minute trip. The flow was a very favorable 207 CFS and I knew that because of upcoming work it would be a long time before I had another chance. I made the drive up after watching my daughter’s Saturday soccer game, they won, again, undefeated (5-0) for the season. Karl had called at eight in the morning and I though he was leaving then.

It was cool and cloudy, rather dark afternoon and I thought BWO’s might be the ticket. I tied on a BHPT with a BWO dropper and fished the run right off the ‘porch’ . I hooked a lip torn bow, the first damaged fish I caught on these waters. Nothing much else happened on the water. I took a break and setup camp, forecast was for thundershowers all night and into mid-day Sunday. Had a barley pop and got back on the water, fished with-out any luck until dark. 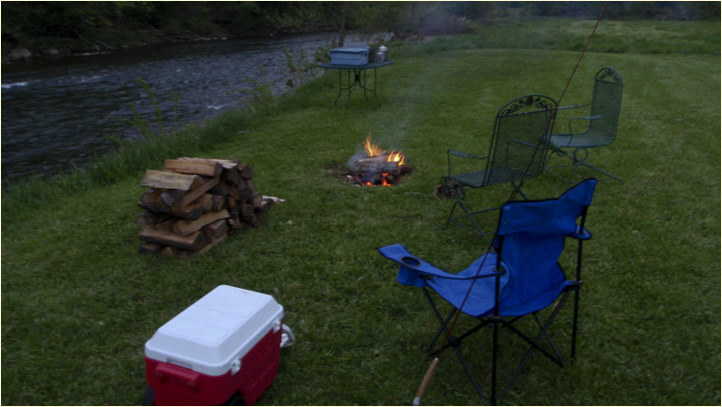 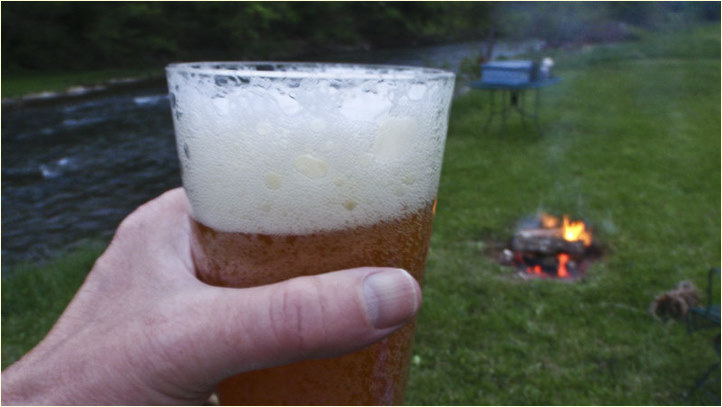 Travis had brought down some firewood and lay in a fire. He told me that Will was planning on bringing Al down to the river, but plans changed and he couldn’t make it. Dinner and a beer before the rain set in and I retired to the tent.

It poured all night long. It was loud! I didn’t sleep much. But by daybreak it was over and although cloudy there was a promise of clearing skies in the air. 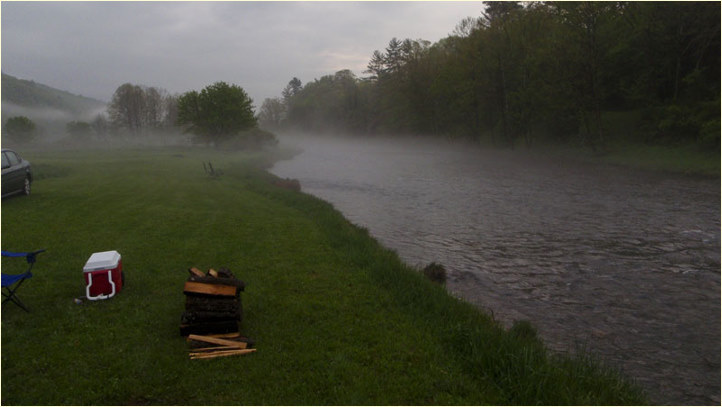 Brewed up a pot of coffee and hit the water. Caught a few here and there and then began to hook up regularly in a nice run. I was fishing a run on the lower reach, a deep slot in the run that flows under the overreaching trees on the far bank. The fish were holding in the deep water and my BHPT and Soft Hackle combo were bringing the fish to hand. The bows were putting up a good fight using the current to their advantage which added excitement to every hook up. I hooked into a good fish, it felt more like a log, but the ‘log’ began to move upstream like a subway train leaving the station it gained speed. I was steadily reeling in, rod tip up, when all hell broke loose. The fish ran across the river and jumped and rolled in a cascade of white water and rainbow spray. All I could see of the trout was its butter colored belly. As it continued to explode the surrounding water the hook came free and the best trout of the trip became the one that got away. I would say that it measured 20 inches, but because you won’t believe my accuracy, I’m going to bump it to 22 so that when you discount my repot you get back to the 20 inches that this brow trout actually was. 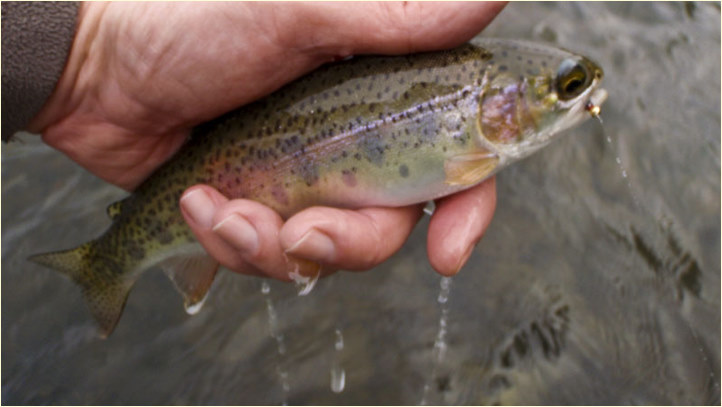 I caught a few more rainbows out of this run including an explosive jumper that broke me off in the fast water taking a one of a kind soft-hackle and ending my catching streak for a while as I fumbled trying to find another magic fly of the day.
After losing that big brown and the fly I took a break after a pathetic cast left most of the leader in a tree. I had a cup of coffee and the first beer of the day! Tied on a new leader and rig and headed up to the woowee hole at the top of the section. The fish were hanging in the tail out and I hooked quite a few as the flies swung up at the end of the drift. I landed my best brown from this river along with a couple of decent rainbows. 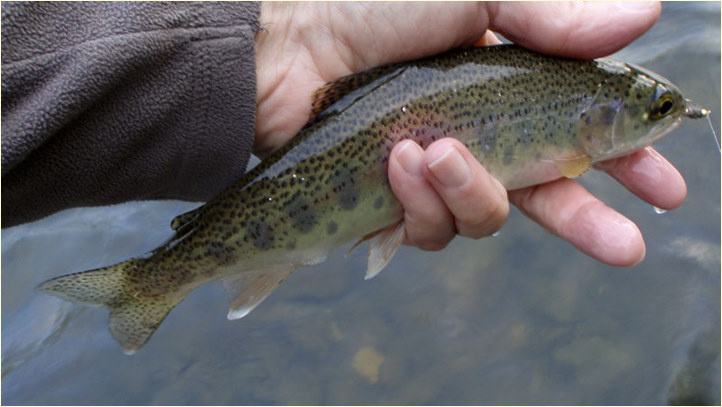 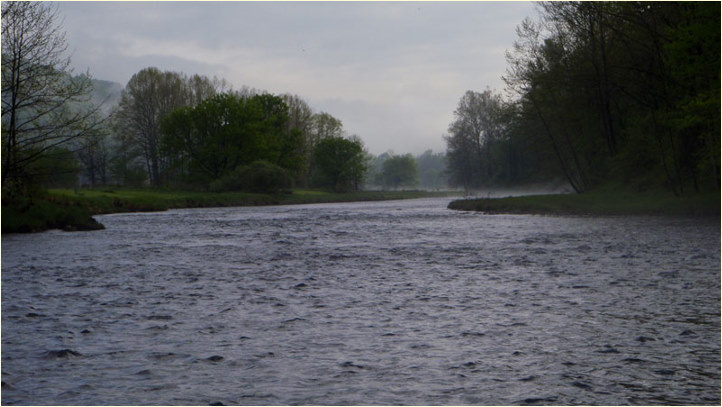 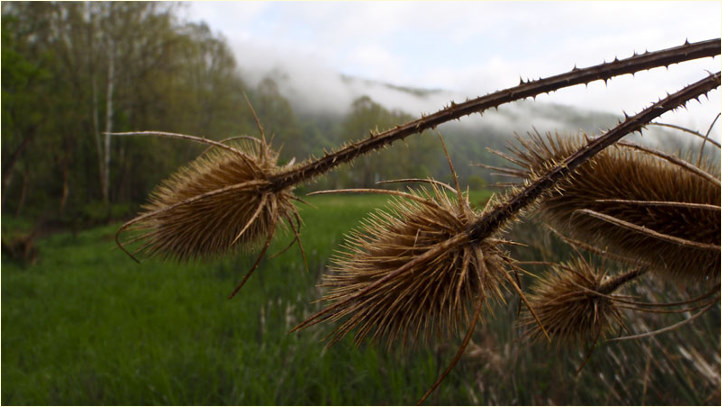 All this and it was only 10:30! Brewed up the second pot of coffee and had some breakfast and a second beer before heading back downstream. I fooled around with some caddis patterns as they were in the air, big ones about #12 along with cream midges and midge clusters. 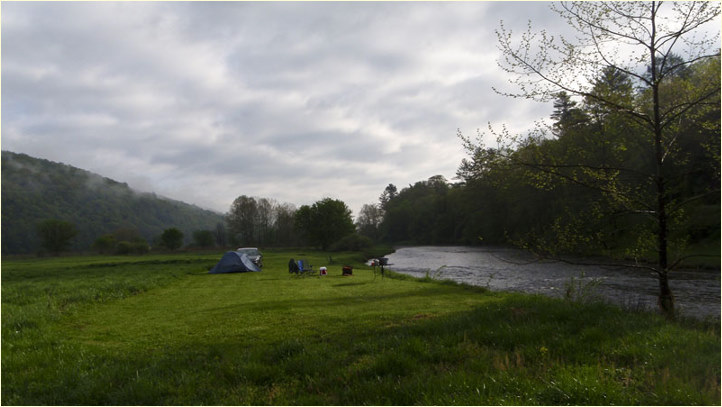 I went with double nymph; caddis with a zebra midge dropper setup. Caught a few on the midge but nothing on the aftershaft caddis pattern and before too long I ended up at the woowee hole. I tied on a BH Prince with a fat dark caddis pattern with mono eyes. The bite was on! They couldn’t stay off this fly! I caught an easy dozen with some jumping browns and aerobatic rainbows. 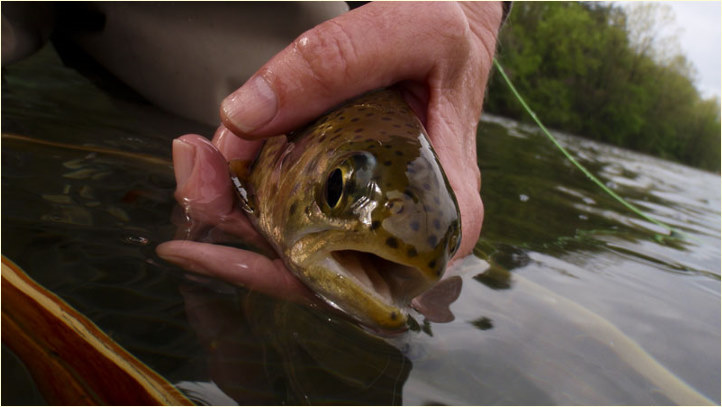 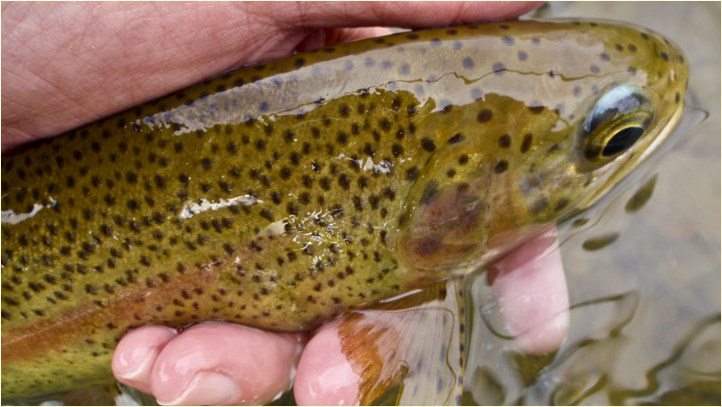 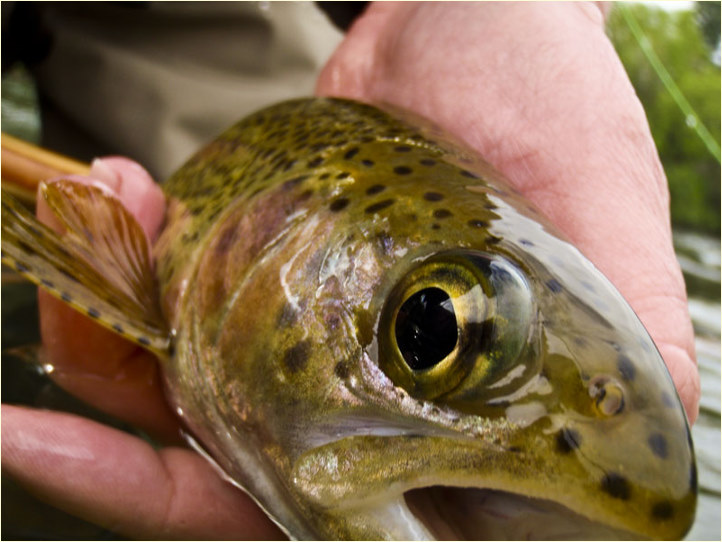 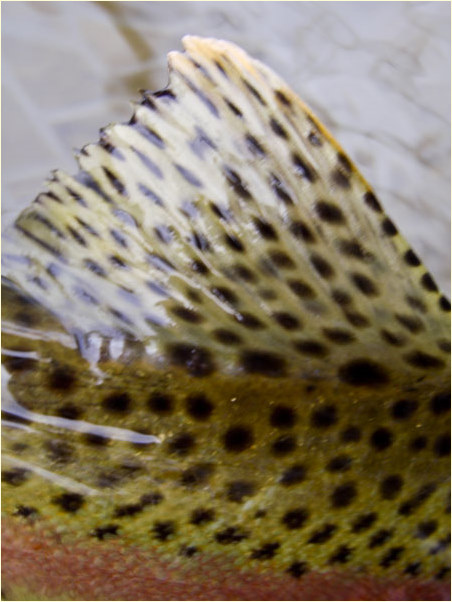 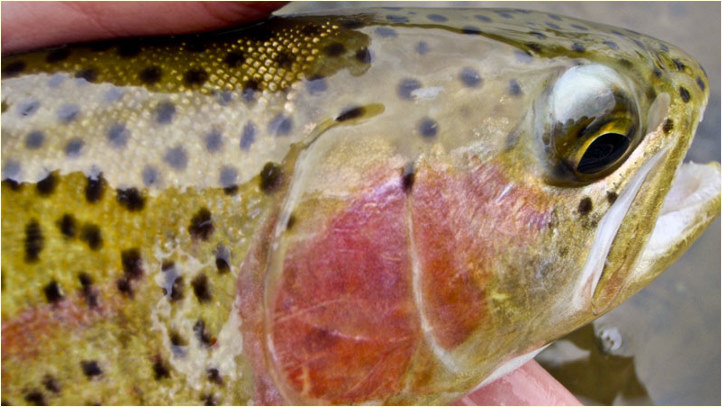 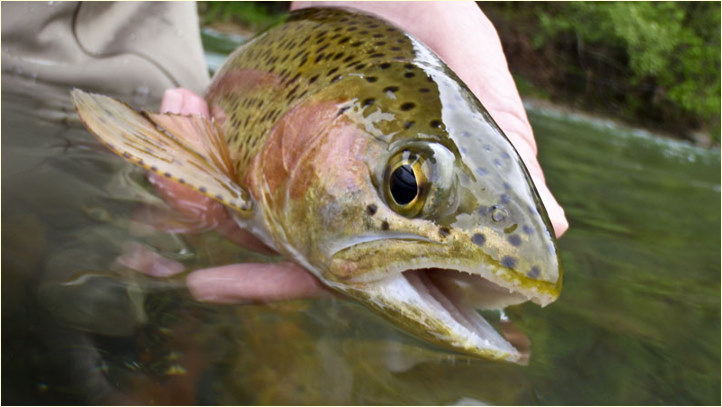 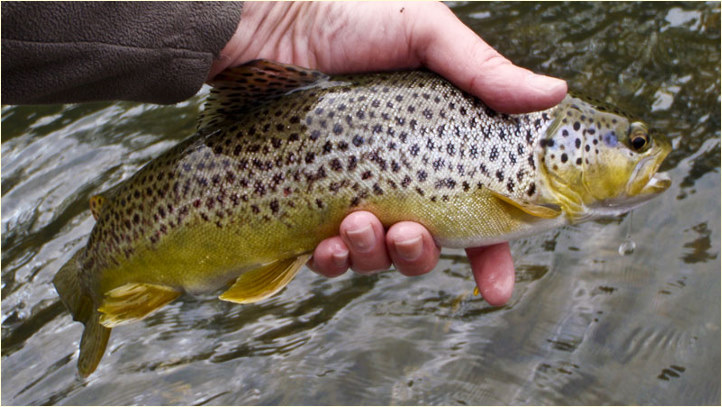 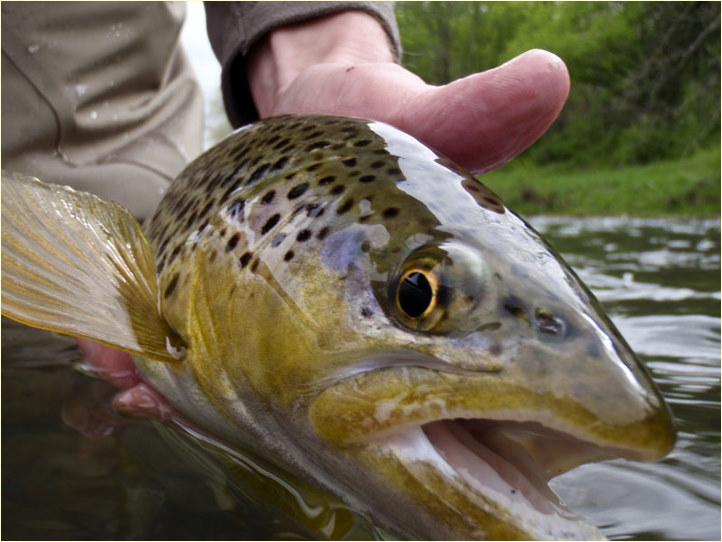 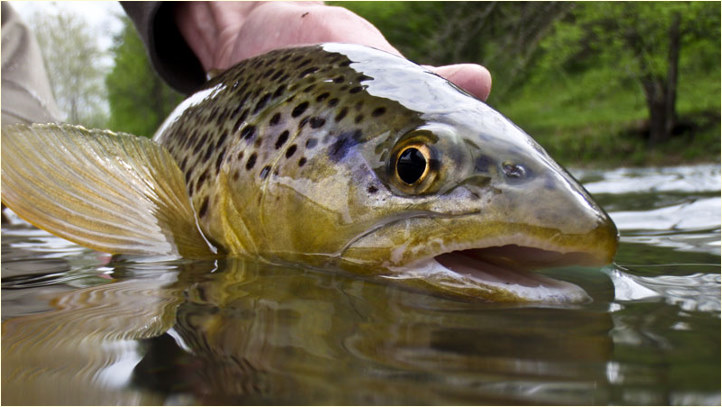 Took a break, had some lunch watched a young man who had come up the river, politely asking if I mined him fishing the riffle below the woowee hole. I told him to go ahead. I drank a beer and watched him fish. He was watching every back cast, his head going back and forth made me dizzy. He was tossing a muddler and ended up brining two out of three hooked fish to hand. 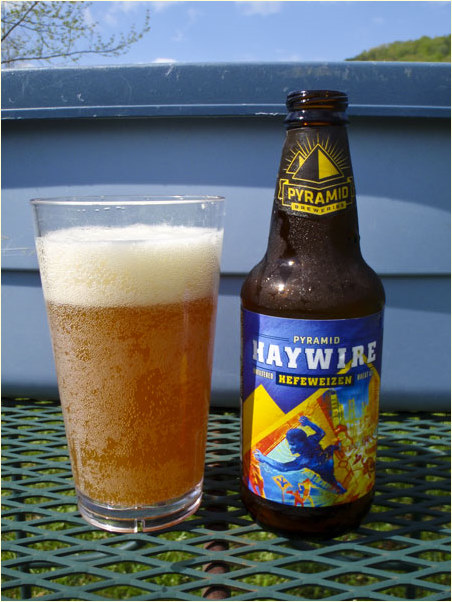 I got get the gear packed up. I had been drying in the sun, did I mention that it rained? I headed up to the big riffle and there the fish hammered the prince! It was pretty much no stop hookups for the next hour. I had caught enough fish but couldn’t manage to stop. I fished until it was time to go and visit with Al. I headed off at 5:30. I had planned to stay later and visit with Al in the evening but with the long drive ahead and the fact that the rain had made sleeping all but impossible I needed to get on the road. 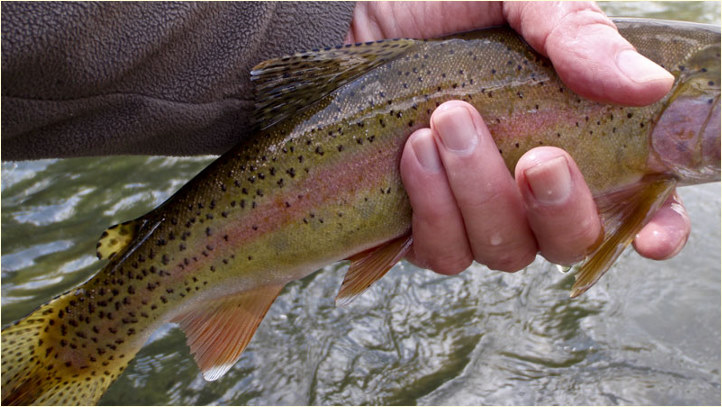 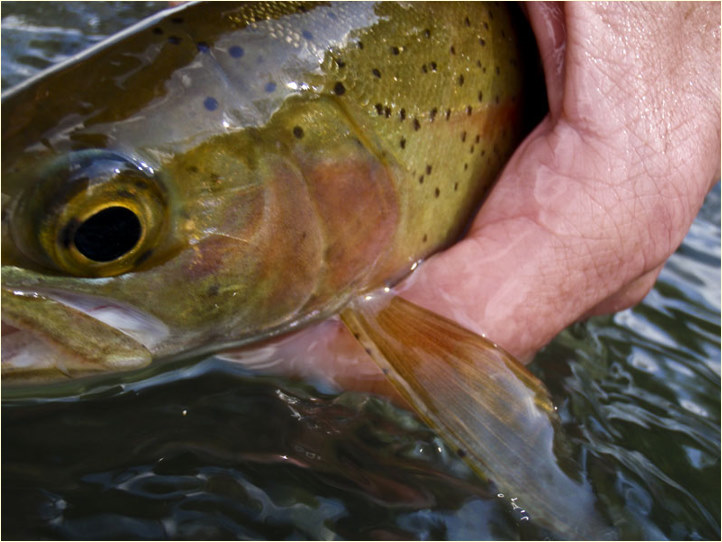 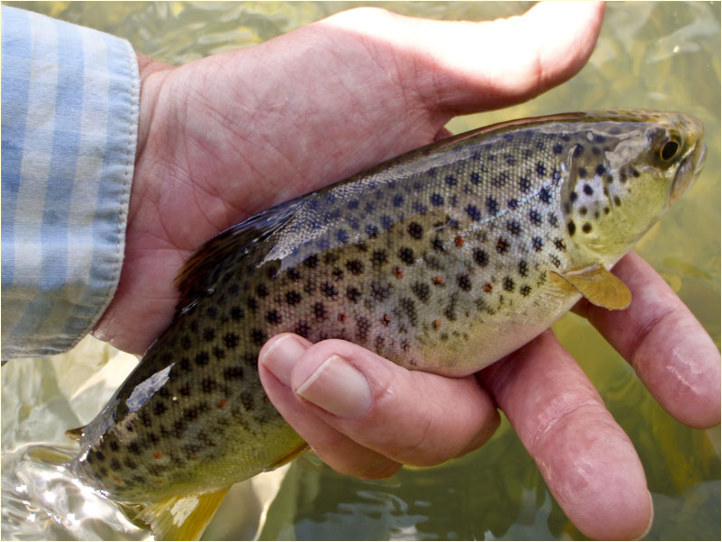 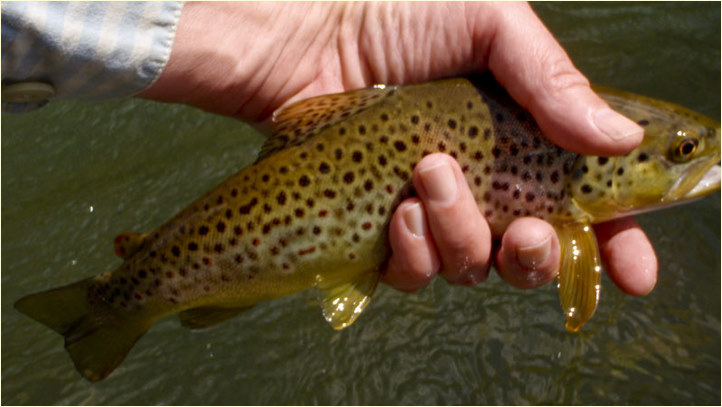 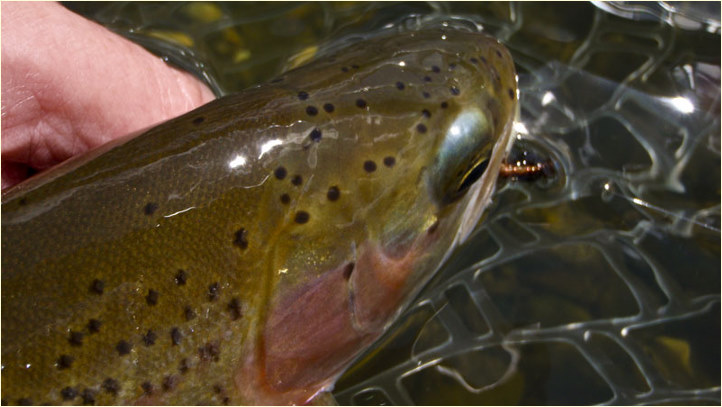 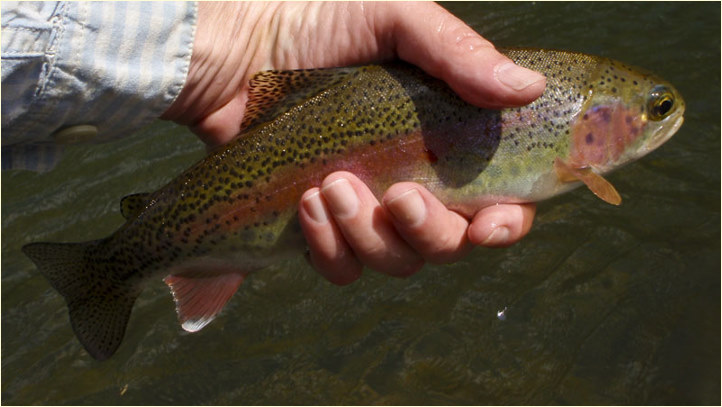 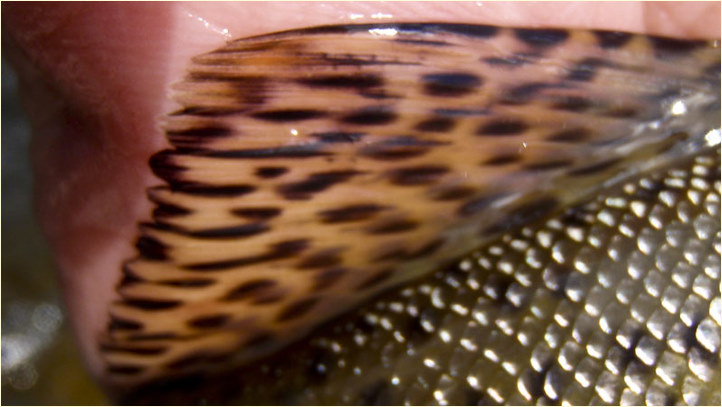 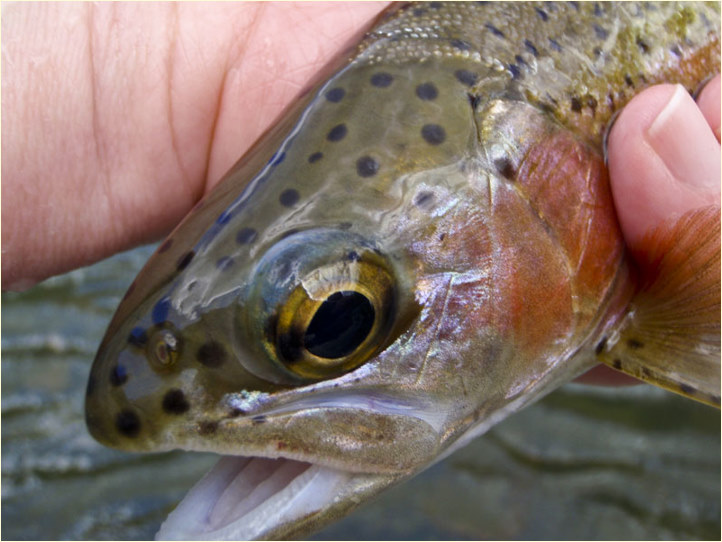 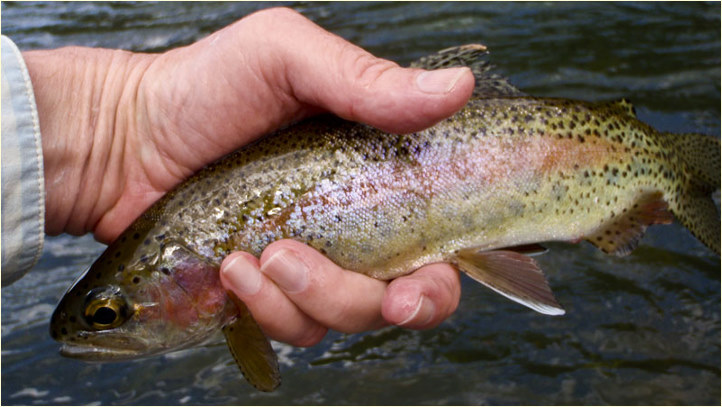 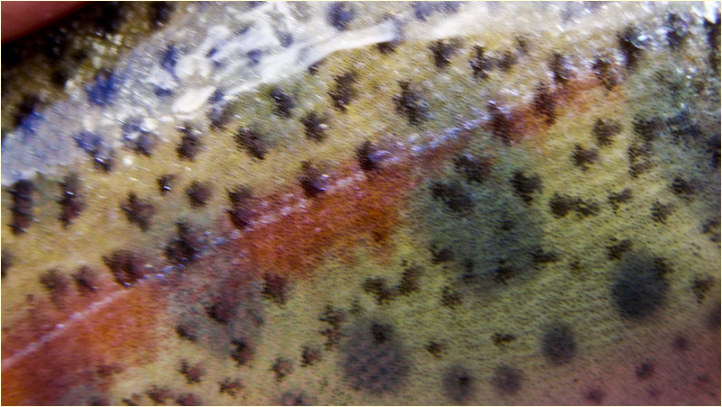 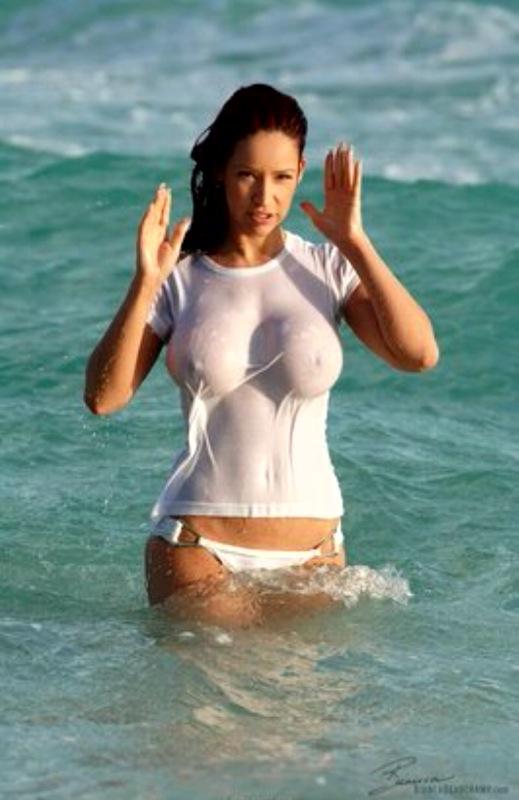 There are some really good pictures in there.

"I still remember the day I caught more fish than he did. Idaho, September 2003. I have a tattoo." Bruiser

Yer Pal,
Streamer
"Because I was born in the South, I am a Southerner. If I had been born in the North, or the West, or the Central Plains, I would be just a human being." - Clyde Edgerton

Tragedy and comedy in fishing are practically synonomous.It depends on who is doing and who is looking.

Somebody else is going to have to watch the door for me now. Make sure to keep the riff-raff out. Outcast (RIP)

“A luxury once experienced becomes a necessity”

thanks for the thread and fam matters message been[…]

Squirmy worms are the hotness out here. Walk […]