It's an intro, folks!

And similarly, I'm sure I'll lose respect among my squarer peers and build rapport with the countercultural sluts known as Drakians (that's you all) until I internalize the label.

Part of my hesitation to joining full force is that I thought this was a forum for the "rapper" Drake. I want to take a moment to apologize to the flyfishing buddies that I disowned because I mistook the words "you should join the Drake" for poor musical advice. I'm glad to be here. Now let's do this.

Facts:
I am a fairly mellow dude who will fish for anything I can get a fly in front of. I get frustrated with local forums. I fish cheap gear. I suck at blogging. I take crappy pics unless I borrow your camera. I was beside and sometimes behind the camera for some of what you've seen of the Montauk Monster Bake 2012 (thank you skunk, Fallen, sak, stove...for camaraderie and good fish porn). My name is "chicago" because blitzbound wouldn't call me anything else on that trip, and I figure that was a sign that the other guys probably would recognize my place of residence long before my real name. Here's to you, fellow Drake n' Bakers.

In conclusion, I do not want to tell Tom how great his magazine is except in a private email.
Please accept this humble introduction. 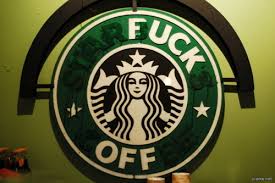 Just f-ing with ya...that was a solid intro...just need some pie and homegrown.

Last edited by cantfishforshit on Thu Oct 25, 2012 10:24 pm, edited 1 time in total.
Better be putting together one hell of a plan to survive this clusterfuck.
-Blumpkin

If it isn't listed on the commodities market, it gets plowed under in favour of something that is. There's no money in willows or young poplar or native grasses.
-Peetso

other than that I reckon you're good to go.
the depths of your narcissism never cease to amaze me

paying yourself today or no pro bone o's #tardstro[…]

wow. I've been happy. topical: back to work tomor[…]

topside or bottom? confession: miranda got the […]

I have been playing around with these old school c[…]