I was sitting around last night watching the Twilight Zone marathon. There are so many good ones. But one in particular is called "The Hunt". It's about an old man who goes out hunting with his dog and they both die and end up trying to find their way into heaven. He almost goes into the entry to hell, but his dog gets a bad vibe so he keeps on walking and eventually gets to the entry to heaven. There's a great quote from the episode....

"You see Mr Simpson, a man, well he'll walk right into hell with both eyes open.

But even the devil can’t fool a dog."

You've seen this trip before. It's the same, only different.

It's the same old annual with different pictures. I did this trip about 7 weeks ago. I think it's been right around 16, 17 years I've been hitting this river in the fall. This is the first year that I ever got a skunking. I got a few trout, but I'm not counting those. The trip started out without a hitch. The drive over the night before went well. The new van worked out great. I got up early the next day and was floating before 8:00. My shit was all together. Lurker buddy got word to me via the satellite phone that he was at a camp 16 miles down river. So I had 16 miles to make on a trickle. All the best swing water is way down on the float, so I had no problem just putting the hammer down and making the miles. The tent and stove were all set up so I was motivated. I made good time and I think I got to camp around 2:00 or so.

Once I caught up, all I had to do was move my cot in and I was dialed. 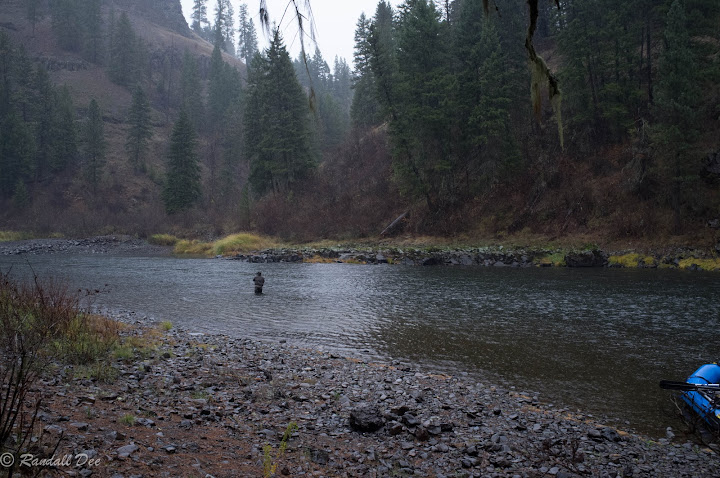 Life is way to fukn short to drink shitty beer. So I got myself a decent supply of some of my favorites.... 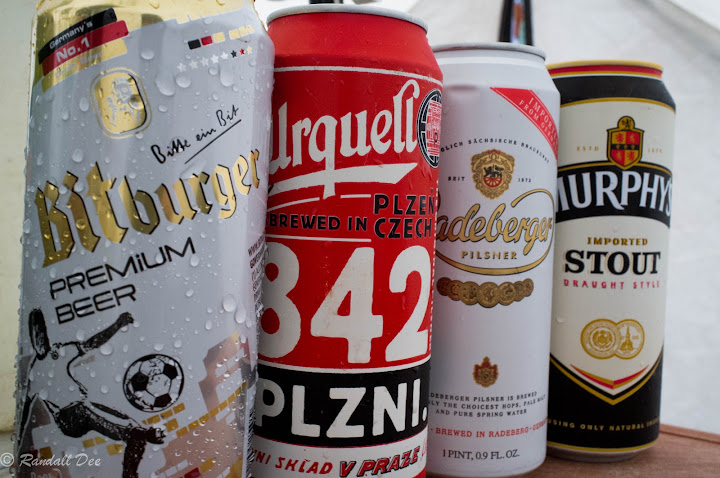 After I got to camp I got all moved in and figured I had the next week to fish, so I was pretty relaxed. The next day I fished the couple of runs at camp and got a nice tug but couldn't seal the deal. 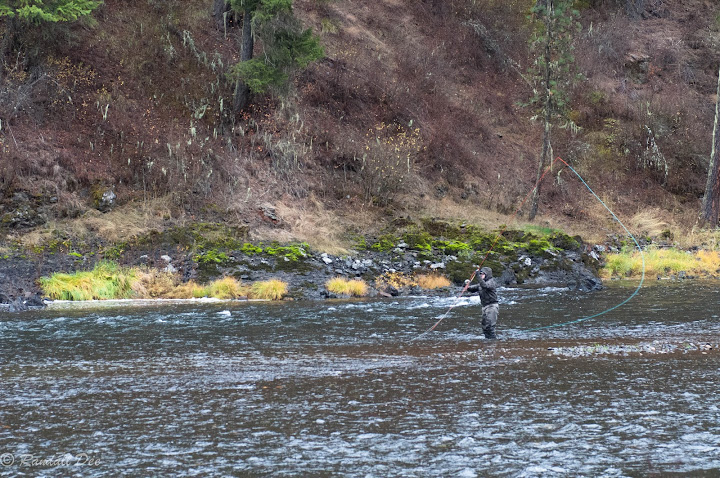 Later that night, we sat around listening to music while I fed the little engine that could... 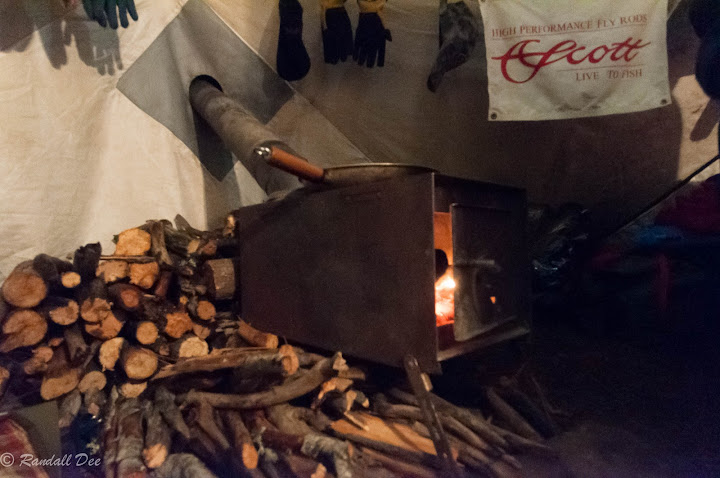 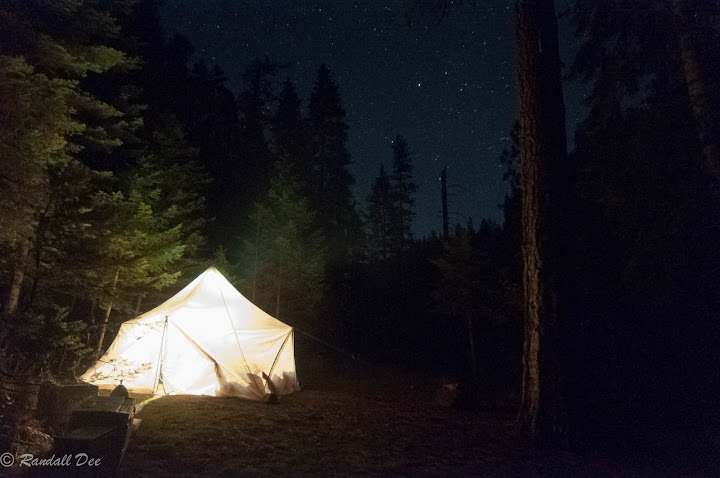 White god turned 10 years old just a few days before the trip. It seems like 10 is a bit of a milestone in any big dog's life. She was treated like the god she is. I'm hoping to get her down this river for at least 3 more fall trips. I'd like to think she'd keep me out of hell. 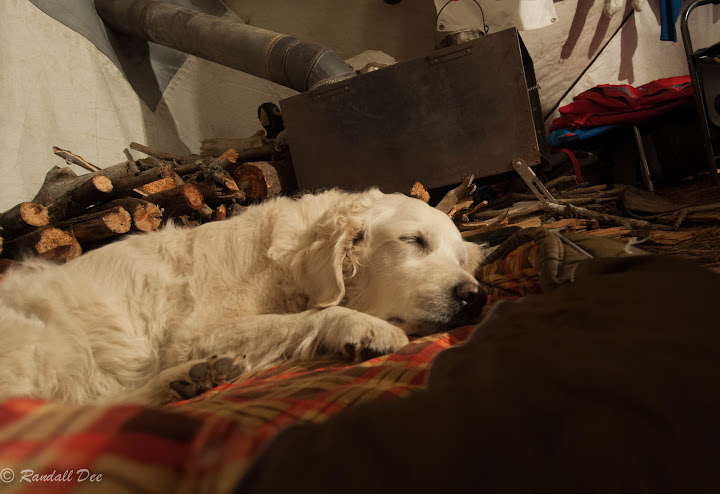 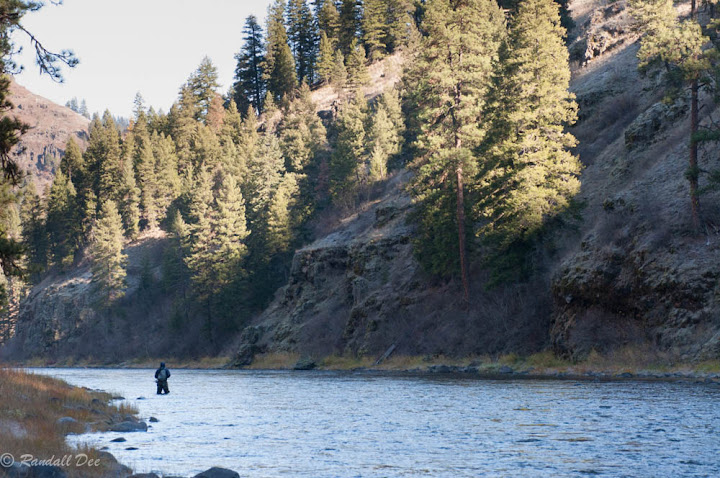 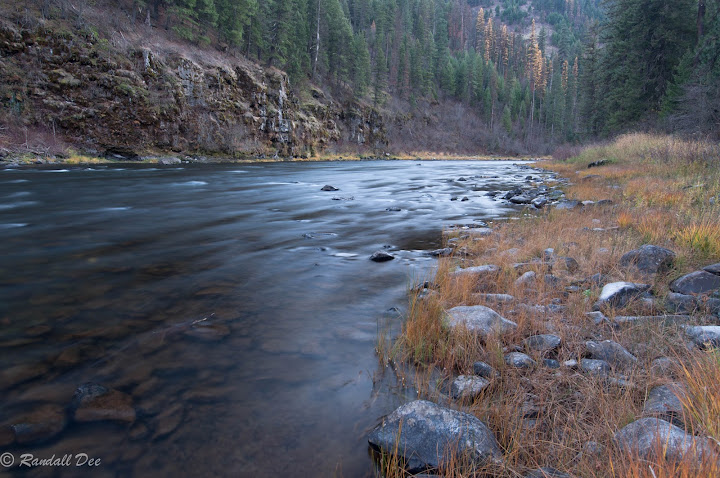 No fukn about. I packed real beer glass this year.... 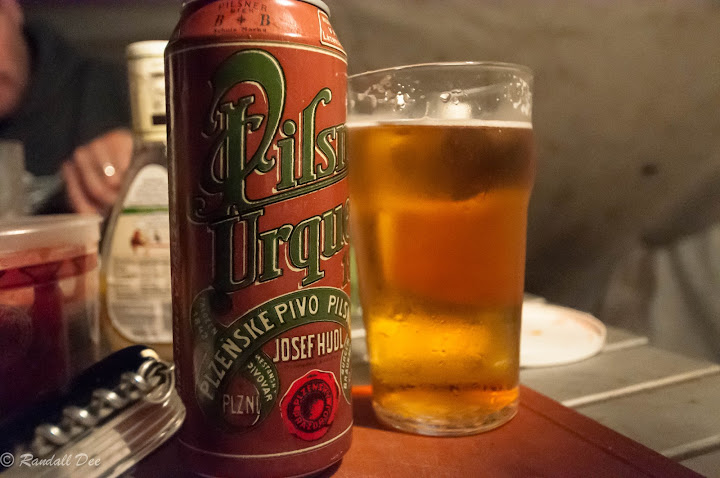 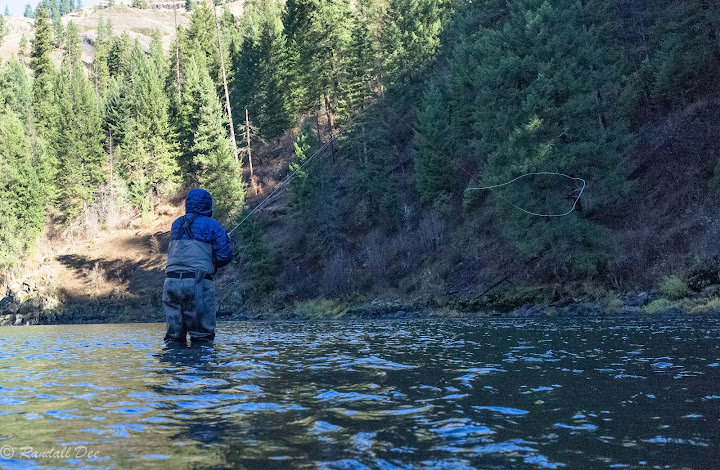 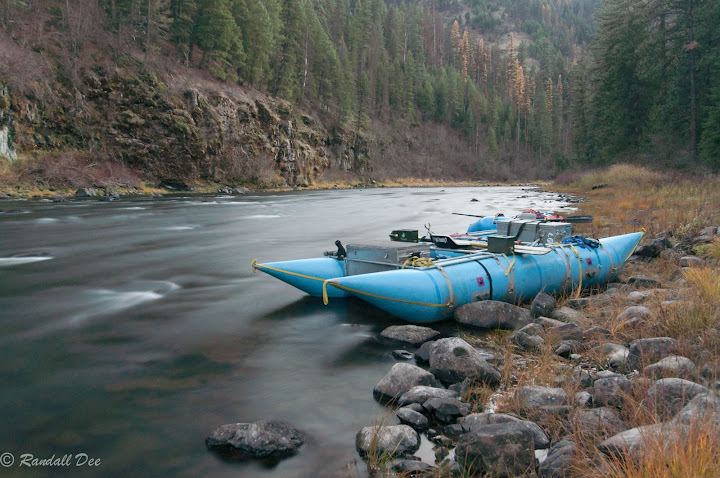 Just about a day after I got to camp the whole polar vortex bullshit started to make itself at home. River temp plummeted and casting to slush bergs became the game. Shit got cold and by the time we moved camp on the third day, lows were in the single digits.

After getting herself all wet about 20 minutes before launch, birthday girl tried to stay warm. 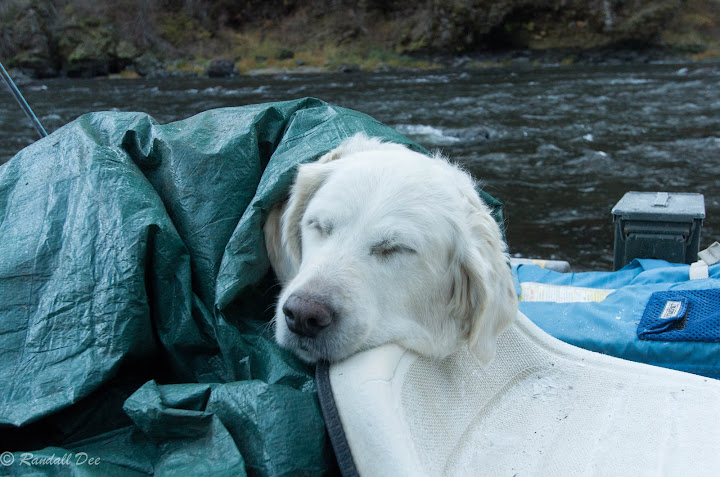 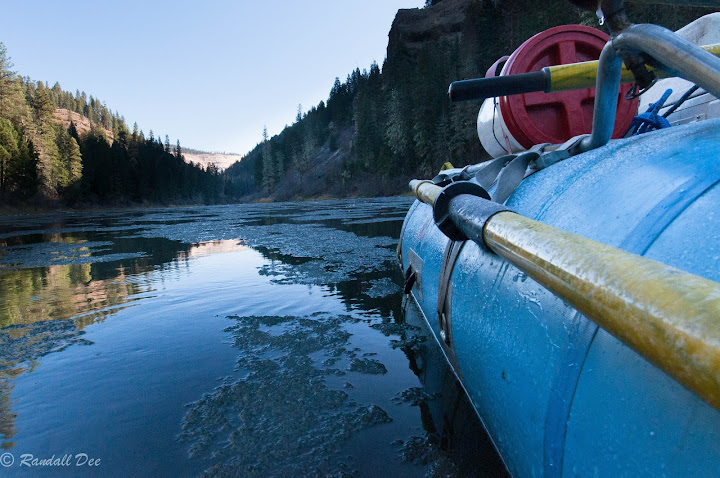 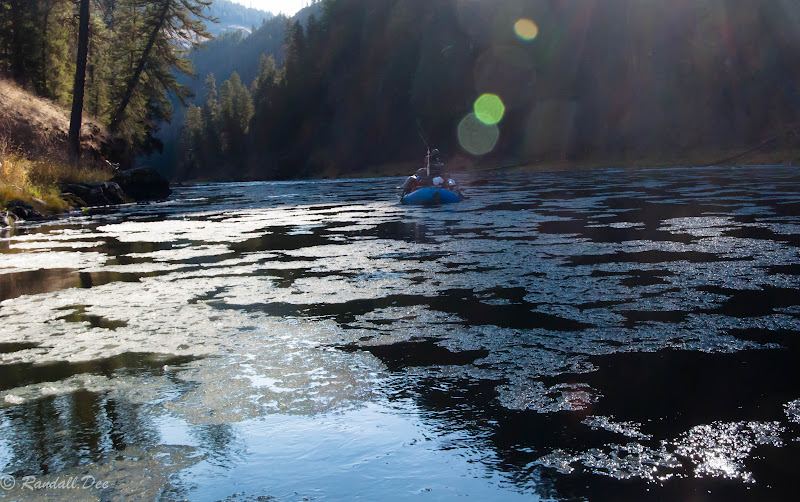 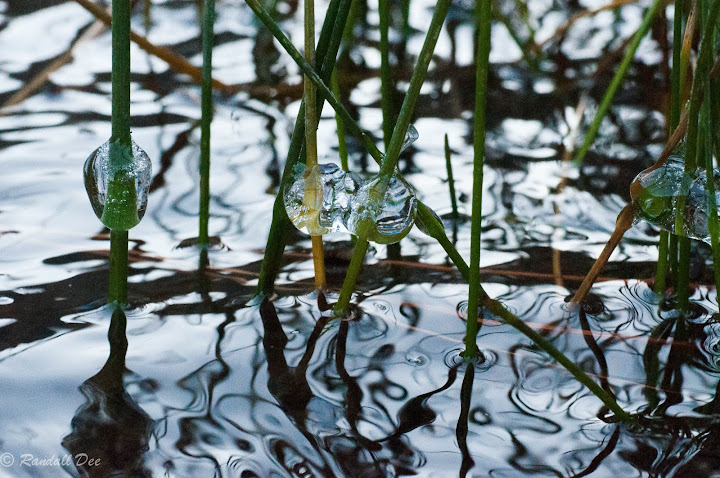 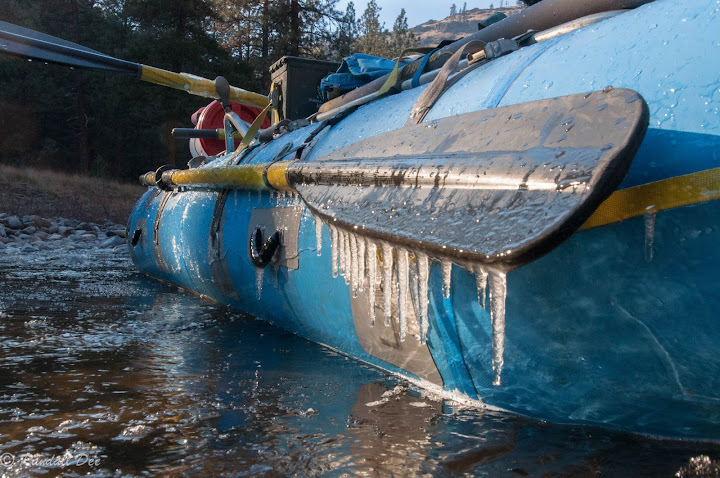 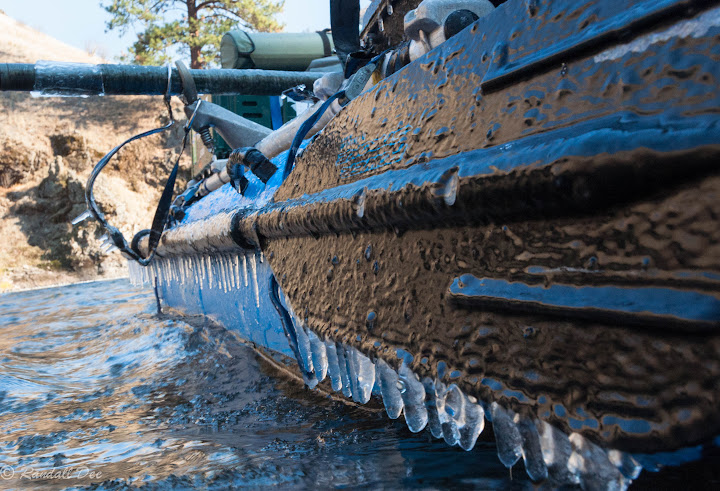 By the time we got to our third and last camp, things weren't looking too good. Lurker buddy called on the sat phone and the report we got was for more of the same for the next week or so with increased precip. At this point I had pretty much conceded trying to move a fish to a swung fly with the frigid water temps. But I still wanted to stick around and just do some drinking and hang out, but we were worried about the river closing up on us and making it hard to float out. So we made the call to get on out while the getting was good, four days early. I was disappointed. But what are you gonna do. After making the call to bail and head out early, we got to the take out about 20 minutes before dark. I had some wood stashed in the van and we had a little bit of left over from the last camp, so we put the circus tent up and made one more night of it at the take out. Getting stuff broke down was tedious. Buckles and straps were all frozen solid. It just made it a bitch. The groover bucket was frozen solid and I couldn't even dump it. So I just tossed it in a dumpster when I got home and bought another one. Lurker buddy spent a good part of that night and most all of the next morning heating water with the stove and pouring it on his boat just so he could get it broke down for the long ride home. 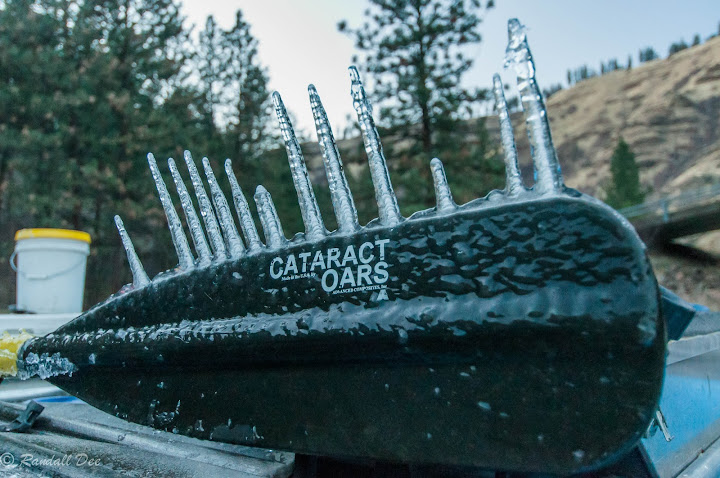 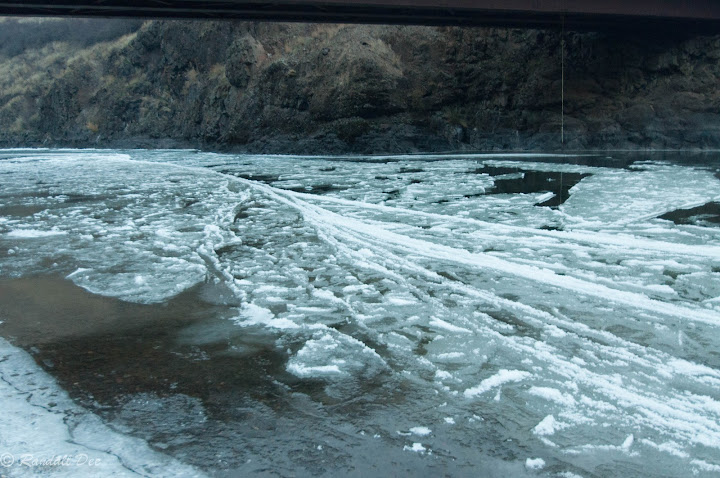 The next morning I was up early trying to get down the road a ways before the snow started. 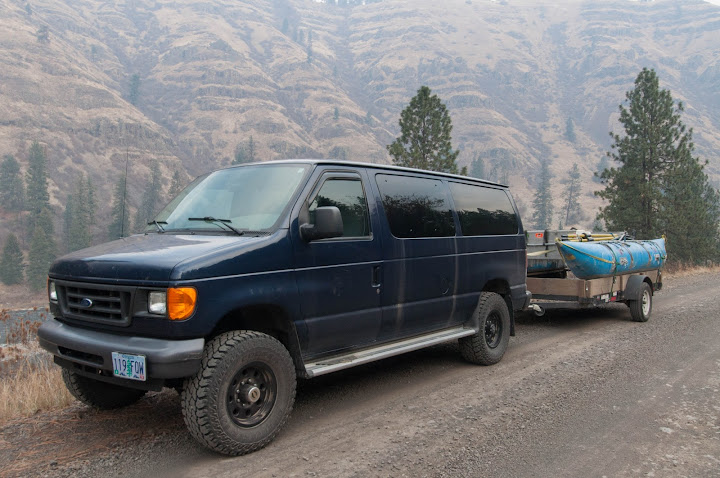 I drove about an hour when the flurries started. I saw a lot of this stuff on the drive home. This van collided with an F250 that was over in the ditch. The van engine was gone and I didn't see it anywhere. 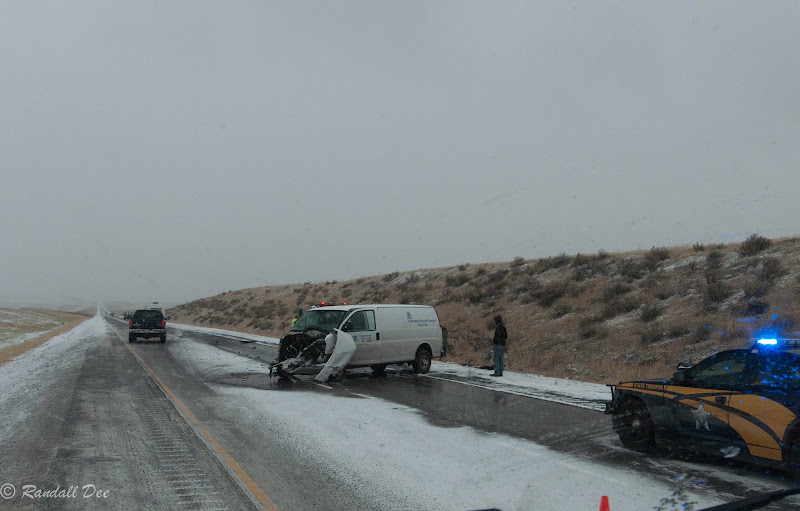 By jhnnythndr -  Thu Jan 01, 2015 7:02 pm
-  Thu Jan 01, 2015 7:02 pm #590875
You know I always lime you bringing me that trip
"Whenever I find myself growing green about the mouth; whenever it is a damp drizzly November in my soul; and especially whenever it requires a strong moral principle to prevent me from methodically knocking peoples hats off -- then, I account it high time to get to sea."

augustwest wrote:Every year I admire the way you do that trip. Can't blame you for wanting to get ahead of the weather, looks like it was the right call. Cheers and belated birthday wishes to the pup, keep taking her (and us) along as long as you can.

I tooo was hopin' this would show up...thanks for this...blessings to you...and the pup

Somebody else is going to have to watch the door for me now. Make sure to keep the riff-raff out. Outcast (RIP)

Why do you have to be such a pain in the ass/buzzkill for so many of us as frequently as you do?

Thanks for letting everyone know?