In the next couple of weeks, Michael R. Bloomberg will decide whether to launch an independent bid for the presidency. That's an enticing prospect, since the continuing strength of Donald Trump and Bernie Sanders threatens to force a radical choice between two extremes. Nevertheless, before succumbing to centrist temptation, the former New York City mayor should take a hard look at the Constitution. He will find that his run for the White House could precipitate one of the worst constitutional crises in American history.

The problem is the 12th Amendment. Enacted in 1804, it establishes the rules for presidential selection if no candidate secures a majority of 270 electoral votes — a distinct possibility should Bloomberg enter the race. The sphere of competition will then move from the states to the House of Representatives, where Bloomberg will confront formidable challenges. He will have to persuade Republican and Democratic lawmakers to betray the tens of millions of loyalists who voted for their party's nominee. But he'll have to do more than gain a majority of House members. Under the amendment's special rules, each state delegation casts a single vote, and the winning candidate must convince 26 delegations to support him. Even if Bloomberg carries a few key states in November, his fate will be determined by representatives from regions that rejected his candidacy. In addition, there are 11 states with only one or two House members — and their idiosyncratic views will have a disproportionate say in the final choice.

Worse yet, if a state's delegation is equally divided, it can't vote at all. This means that the process will degenerate into a free-for-all as rival candidates engage in desperate efforts to nudge one or another fence-sitter in their direction.

At this point, a final factor will make for more melodrama. If the House can't pick a chief executive by Jan. 20, the amendment provides an interim remedy. It says that the new vice president will become acting president while the political bargaining continues.

The three vice presidential nominees will be in the same position as their running mates — none will have gained a majority of the electoral college. Anticipating this eventuality, the authors of the 12th Amendment designed another system for resolving the vice presidential contest.

Under this secondary scheme, it's the Senate, not the House, that does the deciding, and a simple majority of senators suffices to make the choice. But the Senate can choose only between the top two, not the top three, candidates. As a consequence, Bloomberg's running mate might be barred from the competition from the start.

In any event, the major party in control of the Senate will almost certainly install its own candidate, not Bloomberg's. Suppose, for example, that the Democrats regain control of the Senate and put Sanders' running mate, Elizabeth Warren, into office. This might shock the previously paralyzed House into action: Perhaps the Republicans would abandon Trump and support Bloomberg in a desperate effort to save the country from Warren?

The emergence of a Bloomberg-Warren pairing illustrates a larger point. Given the arcane constitutional rules, the only way for Bloomberg to win is by manipulating procedures that will be utterly mysterious to the overwhelming majority of ordinary citizens. If the multibillionaire does succeed in backroom deals that procure him the presidency, his ascent will serve only as a dramatic display of the power of Wall Street to lord it over the American people.

Such a victory will have devastating consequences. Consider how the tea party pressured congressional Republicans to make life difficult for Obama. Life will be even more difficult for Bloomberg, who will also contend with the disappointed “political revolutionaries” among the Democrats inspired by Sanders. As the struggle between Congress and the president escalates, ordinary Americans will turn away in despair. This massive wave of alienation will permit the extreme right and the far left to become even more powerful forces in the next presidential election — with Trump and Sanders, or their successors, taking over both parties and competing with each other in their radical programs to sweep away the Washington elite.

The time for Bloomberg to consider this grim future is now. He has always presented himself as a thoughtful pragmatist who disdains ideological posturing. But only the blindest follower of Antonin Scalia — the most adamant constitutional originalist — can fail to recognize that the 12th Amendment, passed during the presidency of Thomas Jefferson, can't cope with the realities of modern politics.

If Bloomberg is a true patriot, he will not allow his personal ambition to throw the United States into a grave constitutional crisis.

There is nothing NOT to like about this scenario. Watching the 12th amendment re-emerge after last rearing its head to keep Andrew Jackson out of office in the 1820's will be very ironic given the talking heads' penchant to describe Trump's politics as "Jacksonian".

By Jon -  Wed Mar 02, 2016 4:04 pm
-  Wed Mar 02, 2016 4:04 pm #617657
You think a 12th Amendment situation would even cross his mind? Bloomberg doesn't give a fuck about anybody but Bloomberg and his own gotam ego. Remember this is the asshat who strong-armed the NY city council into repealing the two-term limit that voters approved (twice) so he could have a third term.
"unsalvageably incoherent"

In Bloomberg’s case, he concluded that he’d lose on Election Day — or lose later in the House of Representatives. Either way, he decided, it would probably put Donald Trump in the Oval Office.

Dammit! I want anarchy in DC! A buncha losers on the face of the planet was never more deserving of having no idea of where their next meal will come from. Whata bunch of feckless pussies. To the breach ya greedy fuckwits!!

I'm all for everyone in Congress looking for a new job next January. Trouble is, most of them would go straight to the nearest lobbying firm.
"unsalvageably incoherent"

Jon wrote:Yeah, he won't run because it would help Trump. Sure. Or maybe Bloomberg's ego wouldn't take the hit of spending a billion dollars and probably finishing behind the Libertarian and Green Party nominees.

I'm all for everyone in Congress looking for a new job next January. Trouble is, most of them would go straight to the nearest lobbying firm.

I think its cause he's a control freak loser who has ZERO appeal outside the shithole city that created him, one that's full of dumbass know-it-alls who look down their noses at everyone else in the world - a terrible combination when it comes to the betterment of society.

Yeah, lets elect the dumbass mayor who thought making soda cups illegal would prevent people from making themselves fat to the presidency. That should make for a new era of prosperity.

Govt needs to get out of the way, not come up with more ways to control and cajole us.

On your second point, this is what a responsible legislature enacts into law:


5-7-310. Prohibition of lobbying by former government personnel. (1) An individual may not be licensed as a lobbyist and a principal may not directly authorize or permit lobbying by an individual if during the 24 months prior to applying for a license that individual served as a state legislator, elected state official, department director, appointed state official, or member of a certain personal staff, as defined by 2-18-101.

Shoulda made it four years though. Its pathetic that congress isnt capable of such humility. Instead they enact pay raises for themselves when everyone else is taking pay cuts, engage in rampant insider trading based on their own legislative activity, and exempt themselves from the nightmares they force the rest of us to endure. If it wasnt for citizens united essentially legalizing bribery of public officials...just through certain channels rather than others, with some modicum of disclosure...we'd still have a law on the books outlawing political contributions from artificial entities - only real people vote, only real people contribute.

I think we should tar and feather the lot of em. 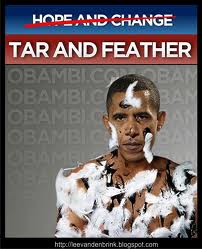 Reply
Return to “Politics”
24 May

A beefier version of the primordial*...corona hook[…]