Is this Asian spam?

That's the way to run a fly fishing message board my friends.

It was a special birthday, so I also bought her a new washer and dryer.

Don't ever say that romance is dead.

And now (with any luck), back to our story.

Unless I'm in Ohio.

Not as much sleep as Mitch of course, but more than I used to survive on when I was working.

I woke up late the next morning, and Cornholio was already cooking breakfast.

I stumbled over all of the gear I had scattered across the floor the previous day, and sat down to an excellent meal of fried eggs, bacon, toast, coffee, and juice. He also put out some sweet rolls, yogurt, and some stuff I can't remember. It was like being in a restaurant. Something for everyone.

Because I'd slept in we were well behind schedule, so after breakfast I hurriedly grabbed my gear and jumped into Cornholio's truck.

We spent the next hour driving over mountains on a very nasty road.

Cornholio did a great job of avoiding the boulders and staying out of the ruts, but it was slow going.

When we reached our destination we discovered that the early risers had beat us to the stretch of river we'd hoped to fish, so we came up with a "Plan B" and found some water that was unoccupied by both fishermen and trout.

It was about this time that I discovered I'd left my camera, a bunch of flies, and some other stuff buried in the gear pile back at the cabin.

I took this as a sign that I have way too much shit.

After beating the water for a couple of hours without success, we headed back to the truck.

As I was savoring a beer, Cornholio spread some pocket-bread and a variety of lunch meats out on the tailgate. He also put out some chocolate chip cookies and some stuff I can't remember.

We'd parked in a semi-flat area next to an old stone fire pit, and someone had left a bunch of cut-and-split oak piled between the trees

After some more beers, a cigar, and a nap, we both said, "Fuck this place."

We threw the oak into the back of the truck and headed off to another spot on a different piece of water.

An hour and a half later Cornholio parked the truck, and after a fifteen minute walk we jumped into the river.

Cornholio went to work high-sticking the pocket water, and during the next hour or so he stuck a number of fish before I yelled, "I need to get back to the cabin so I can start getting dinner ready!"

He dropped me off at the cabin and then went back out and fished until dark.

I was still chopping shit up for pico and guac when he came back, so he grabbed a knife and quickly helped me finish the job.

He looked at the meat and beans simmering on the stove and the ribs in the oven and said, "Shit man. That's a lot of food."

"I still need to heat up the buttered corn. Find me a pot."

"How about some Caesar salad?"

"Fuck that. Save that shit for Mitch."

His advice proved prudent, because we barely made a dent in the food I put out.

After dinner I pulled out some Nestle toll house cookie dough and said, "How about I bake these up for dessert?"

"You need some more booze, and we need to heat this place up."

He poured himself a glass of scotch, and I threw three pieces of wood into the stove.

Within minutes we were both sweating from the incredible amount of heat coming from that little piece of cast iron, and after another nightcap or two, we turned in.

you know how it works.
we'll always have buffalo, sweet josh.

By cornholio -  Tue Oct 31, 2017 2:29 am
-  Tue Oct 31, 2017 2:29 am #682002
Woke up at first light on our last day. The plan was to hit the same spot from the day before, hoping that the water level dropped a bit and would stack up the fish even more. After a quick breakfast of instant coffee and pastries, we headed out. Nice cold fall morning with no one else around. Just how we like it. But as we reached the access point, it seemed like the water was a bit higher. As we got to the main run, it was going at a fairly decent clip. Tougher wading, faster water, less fish.

But we still scratched out a couple: 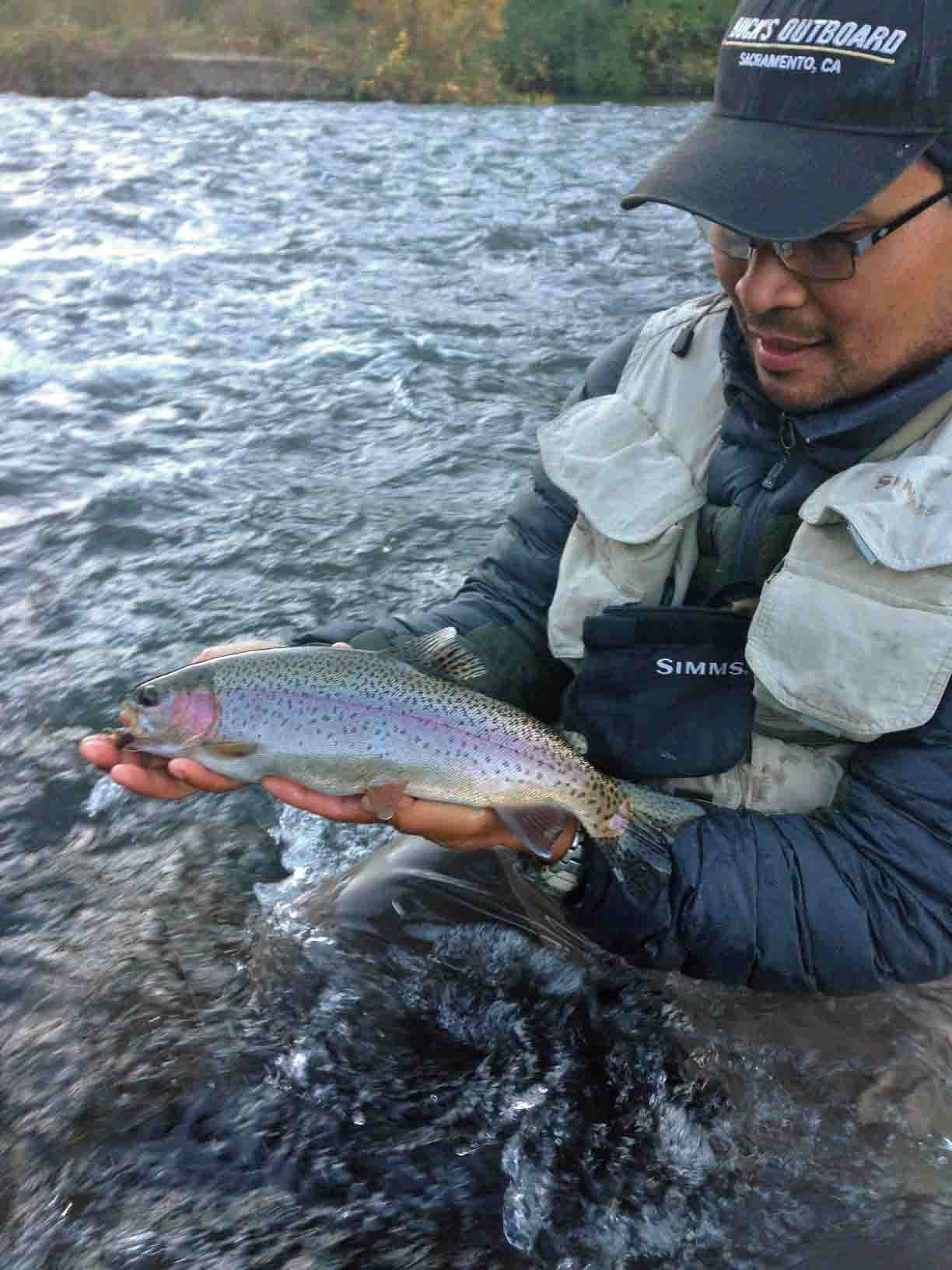 Joe said he hooked one the size of a decent steelhead. Would have been nice to get a hold of that fish but it be what it be.
Called it quits after a couple hours of battling some fast water and slippery boulders.

Time for a little break before heading back to camp: 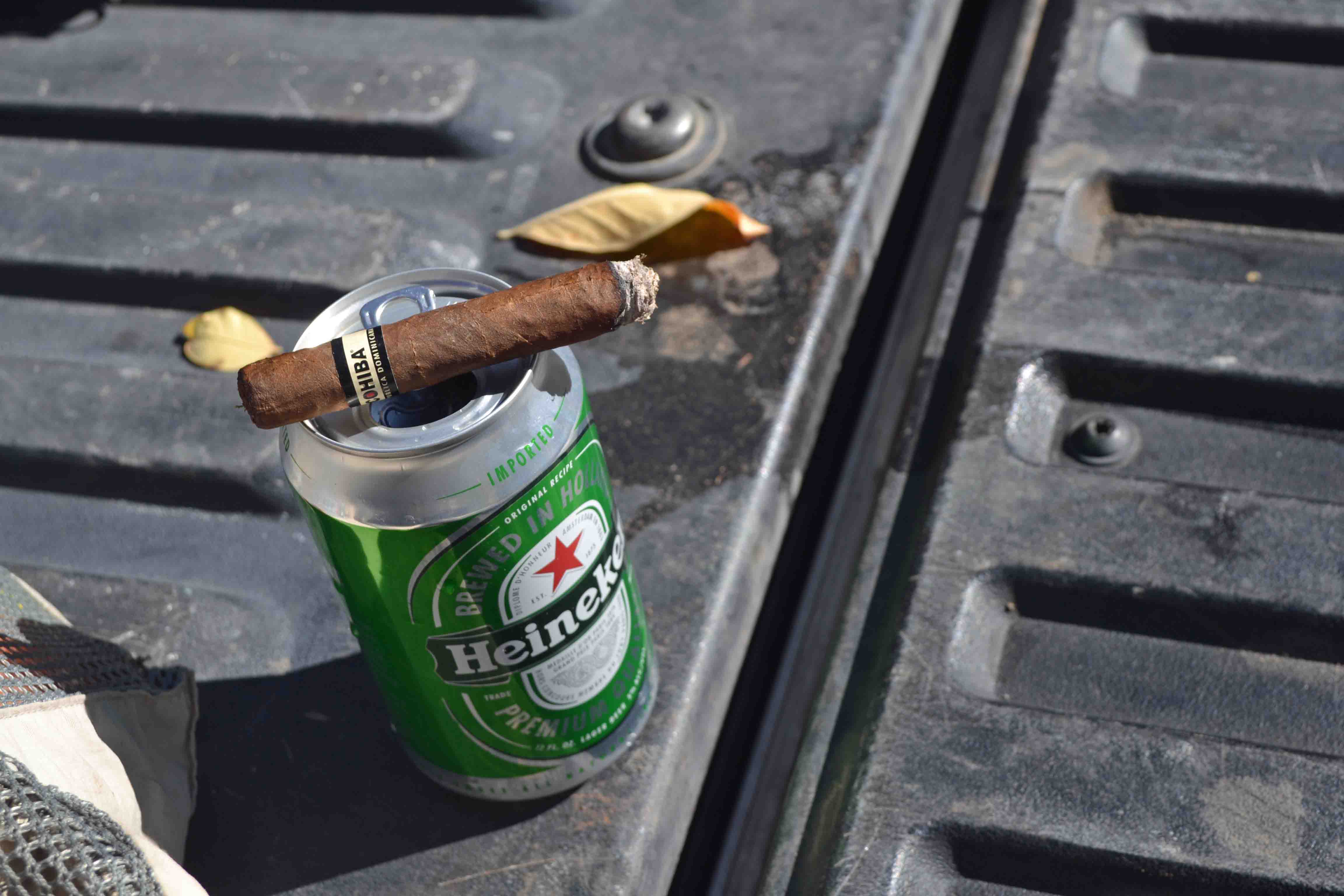 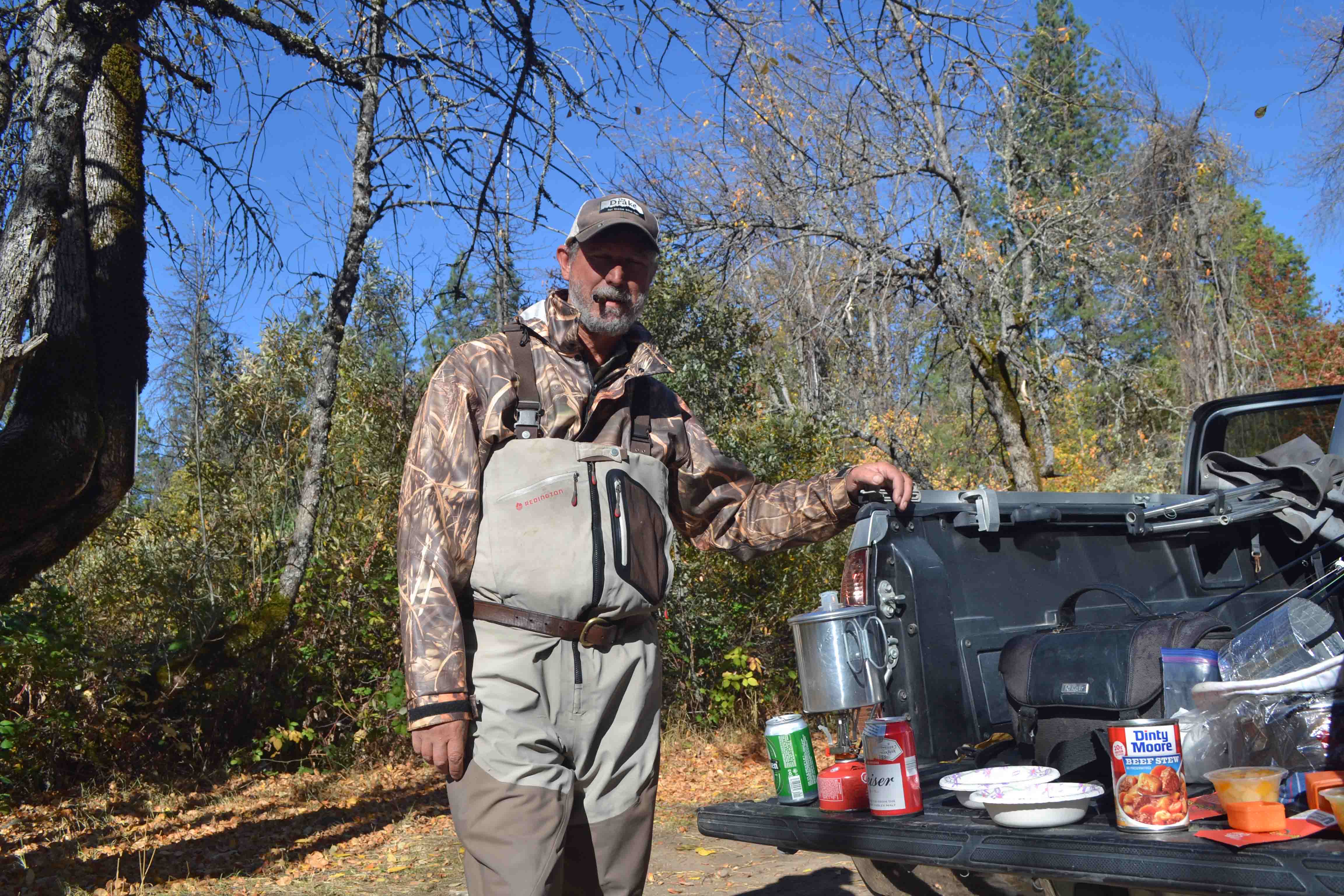 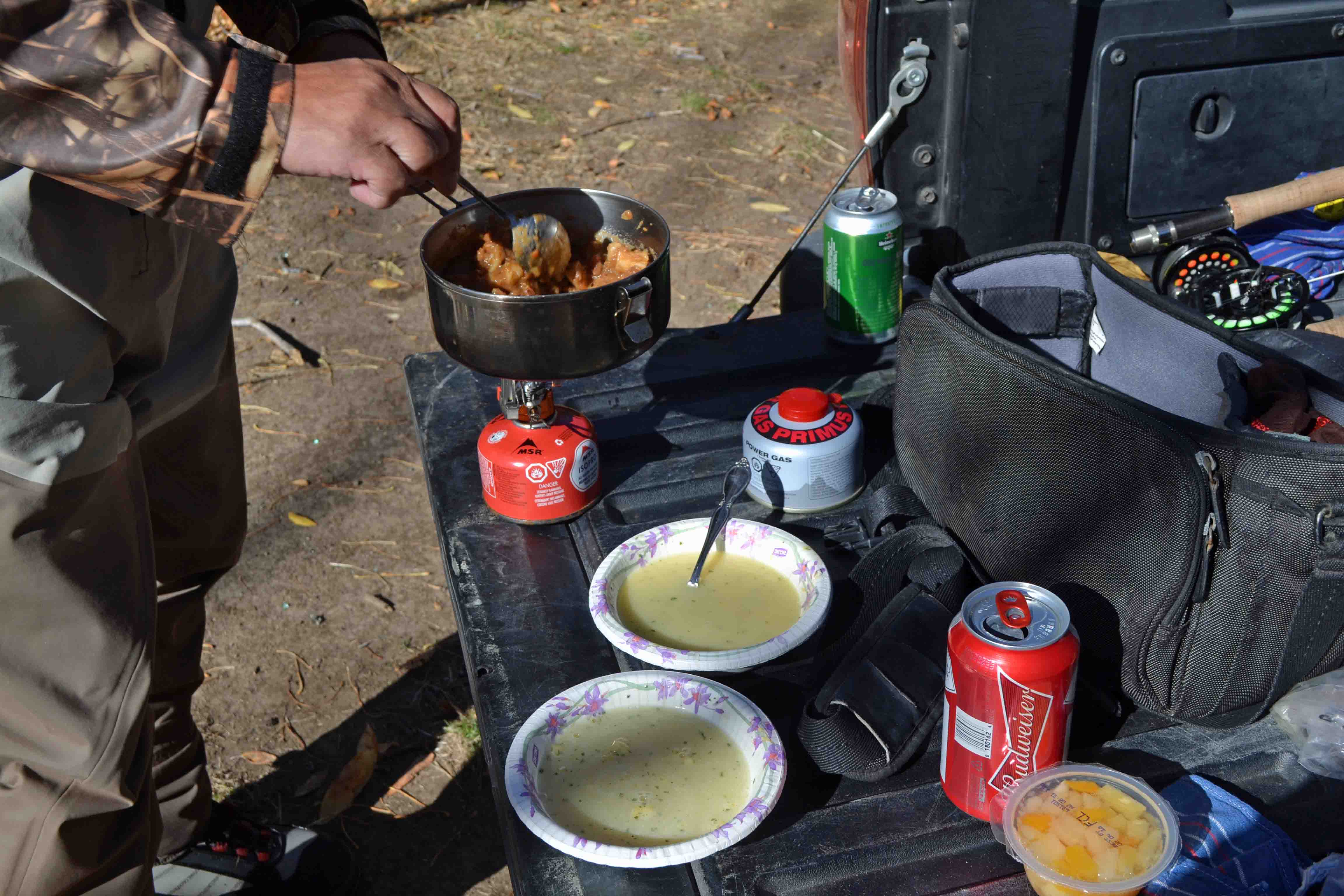 The plan was to hang at camp for a bit then fish some nice water right by the camp site.

Got back to camp and cracked a few more beers: 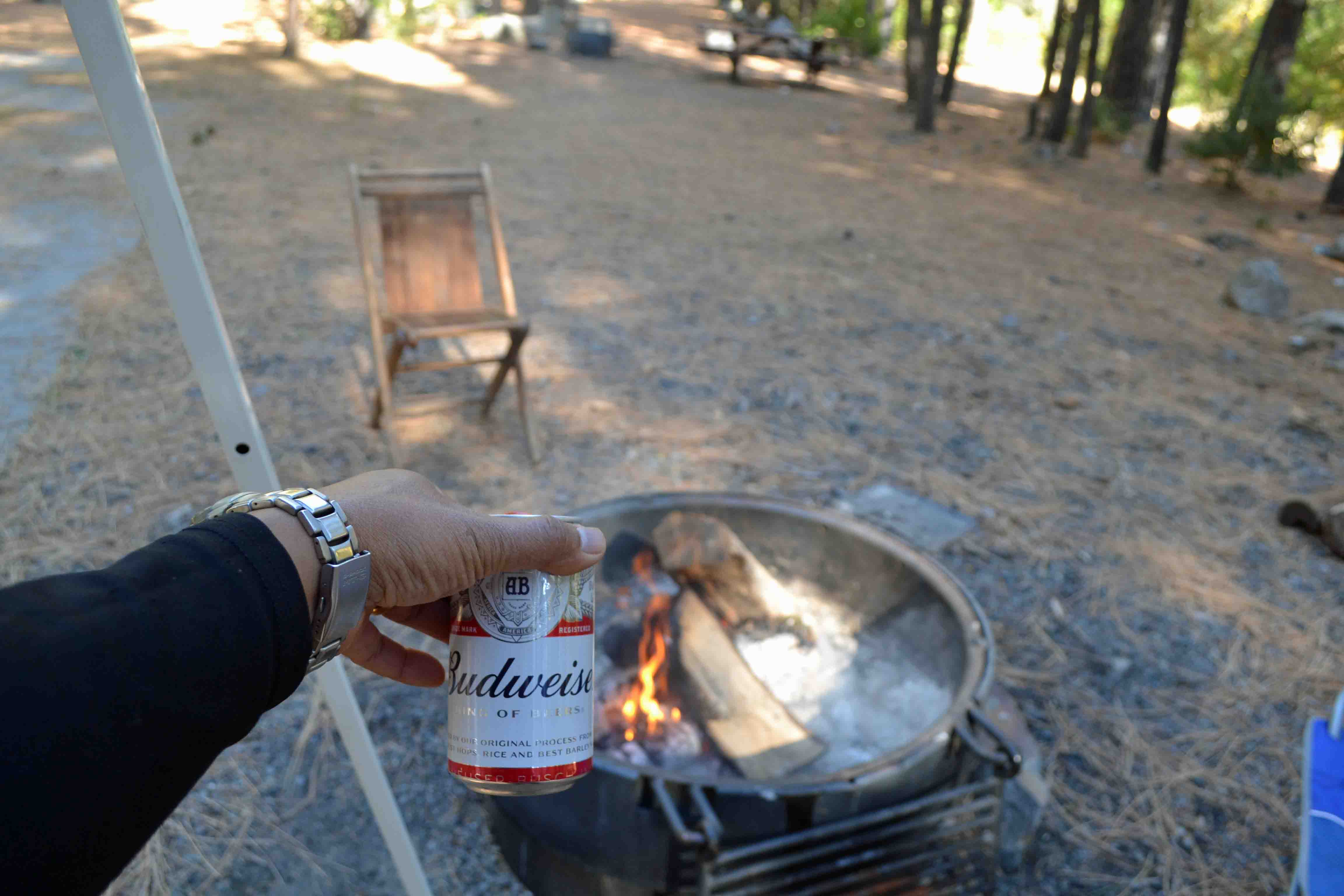 Put more logs in the fire and after a few more beers it became apparent that there will be no more fishing activities for the rest of the day. Might as well bake some pizza! 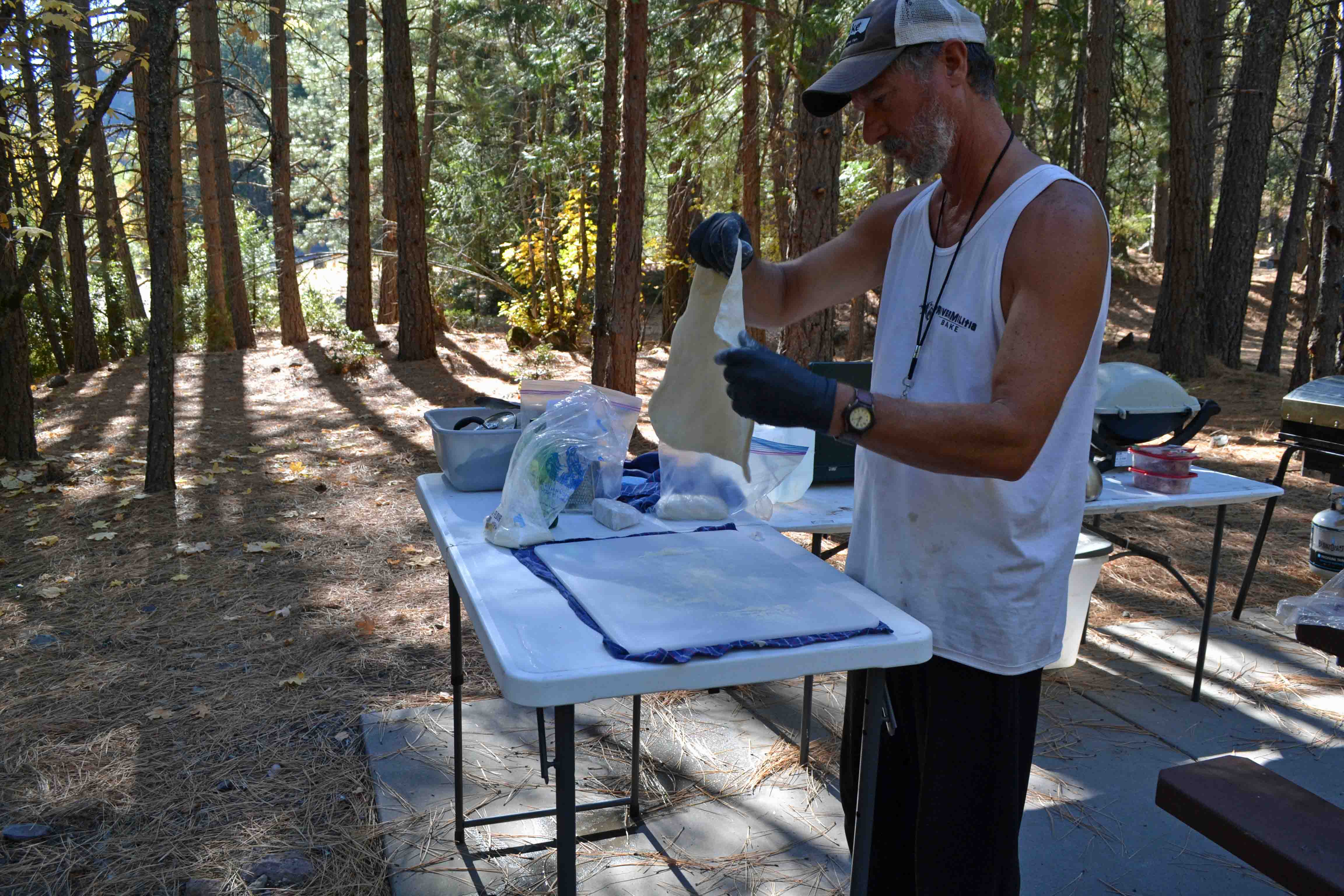 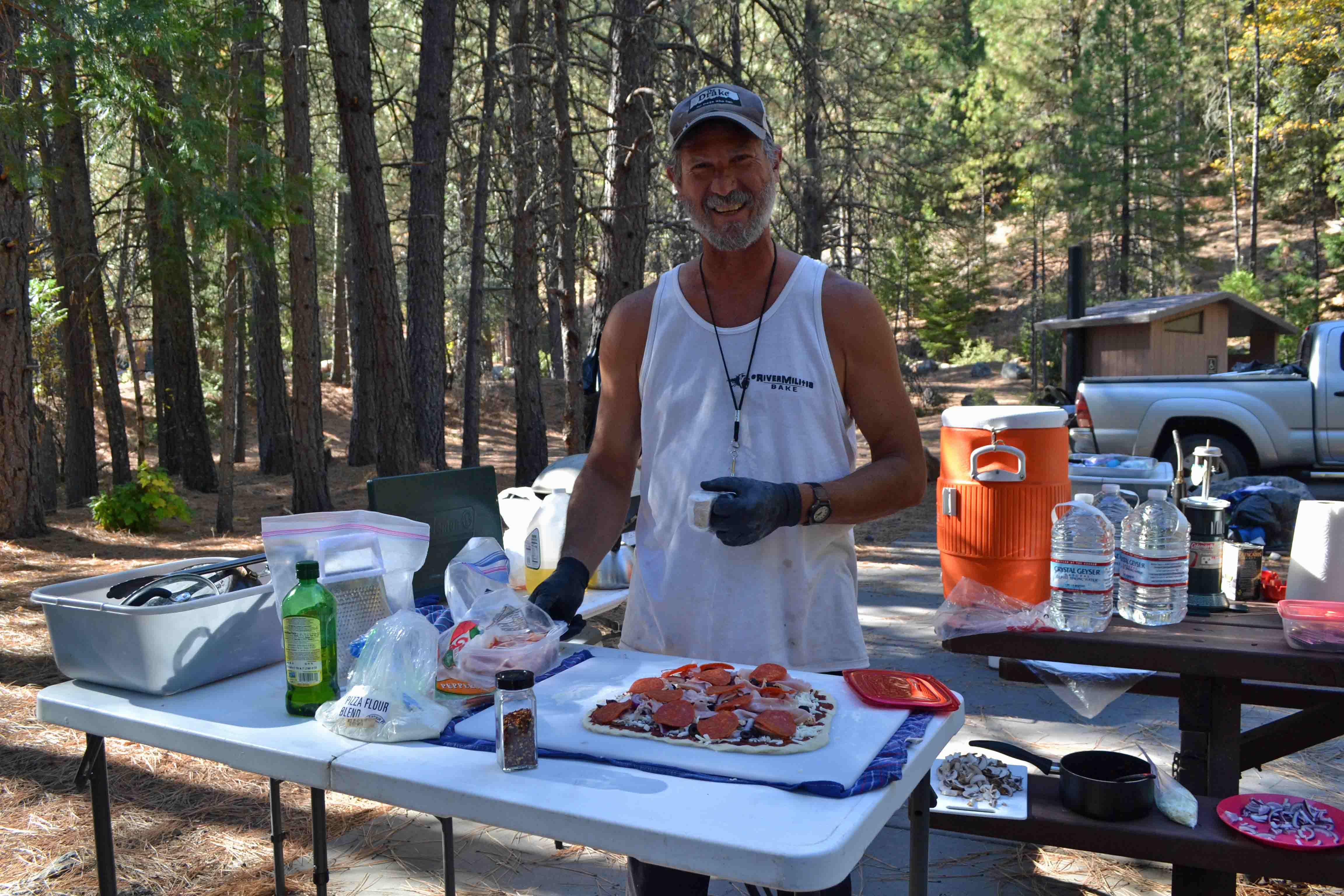 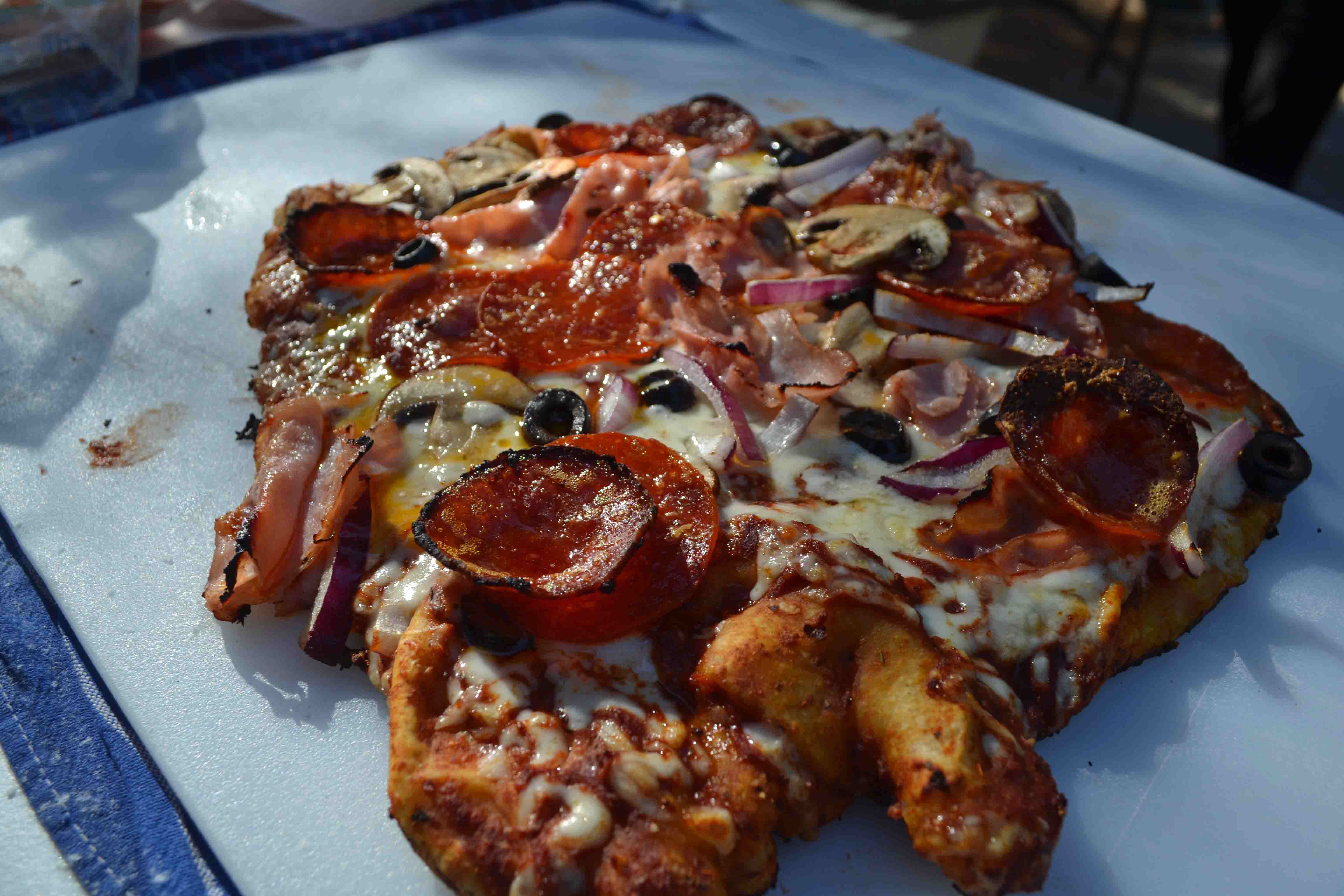 You want some cesar salad with that? Uhh, no. 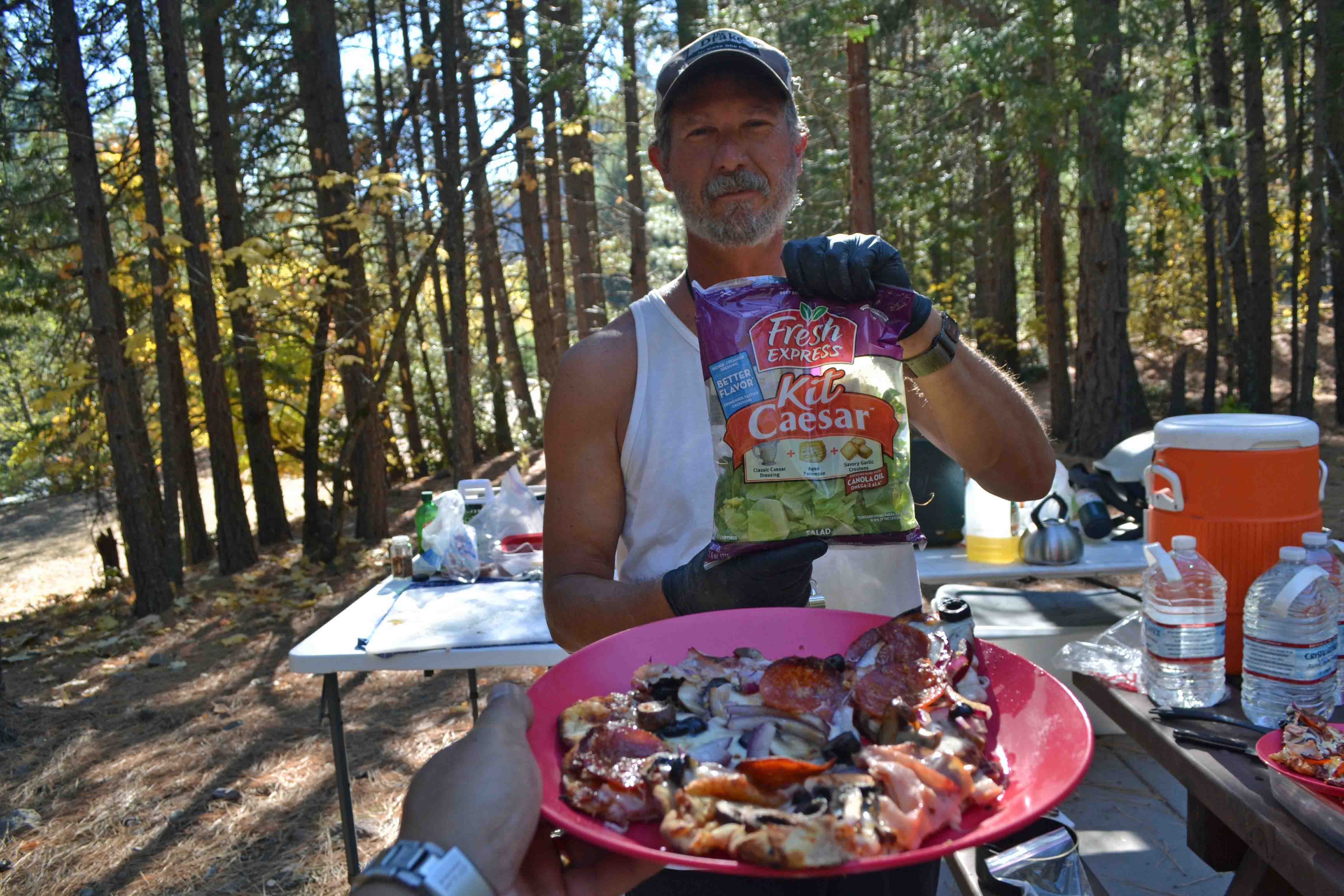 Hung out for a few more minutes then started packing up for the trip home. Another nice trip in the books. Could never go wrong if you always start out with good company and awesome food and booze.

Felt blessed to be in the presence of greatness: 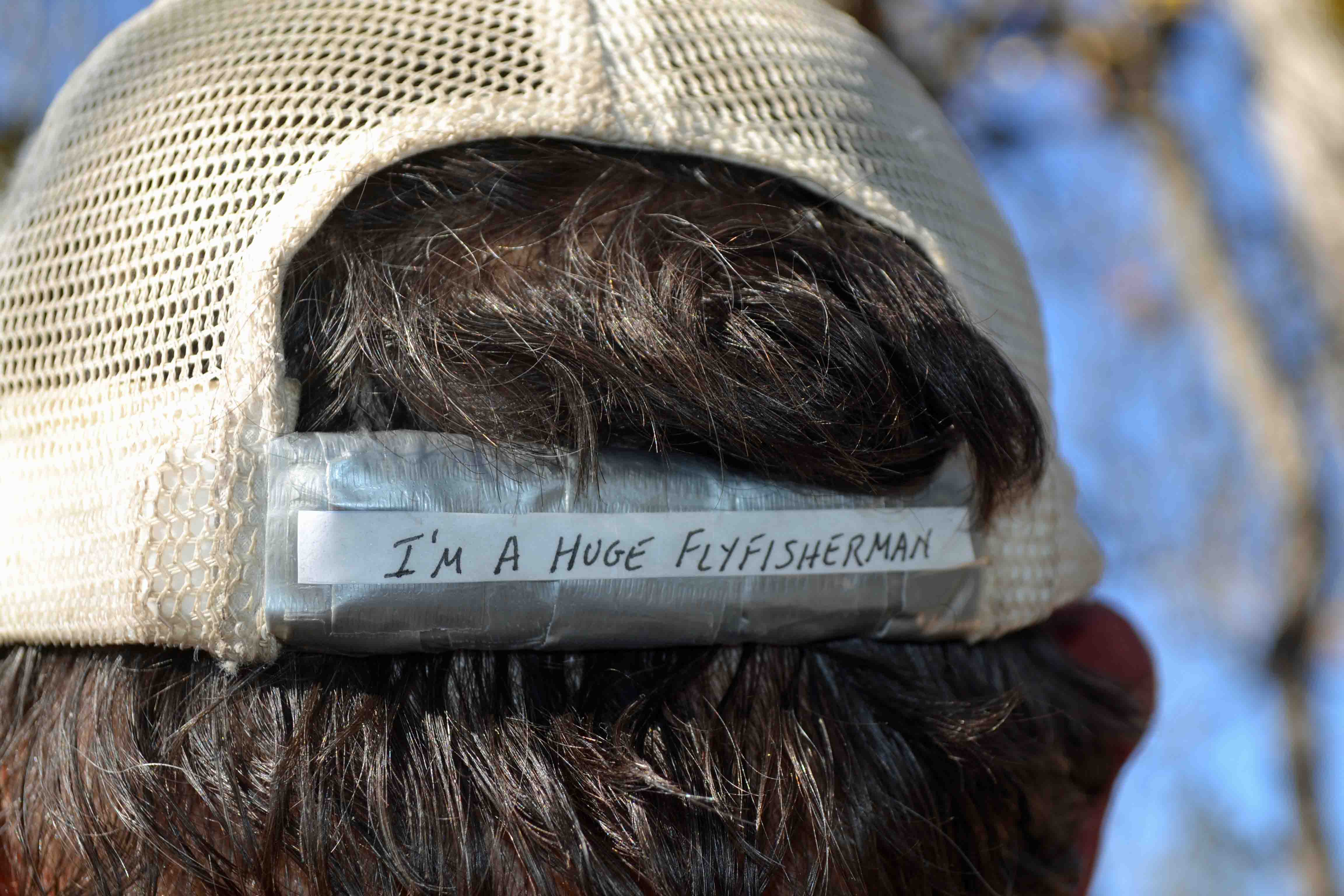 Till the next adventure. Thanks again Joe!
Cheers!! 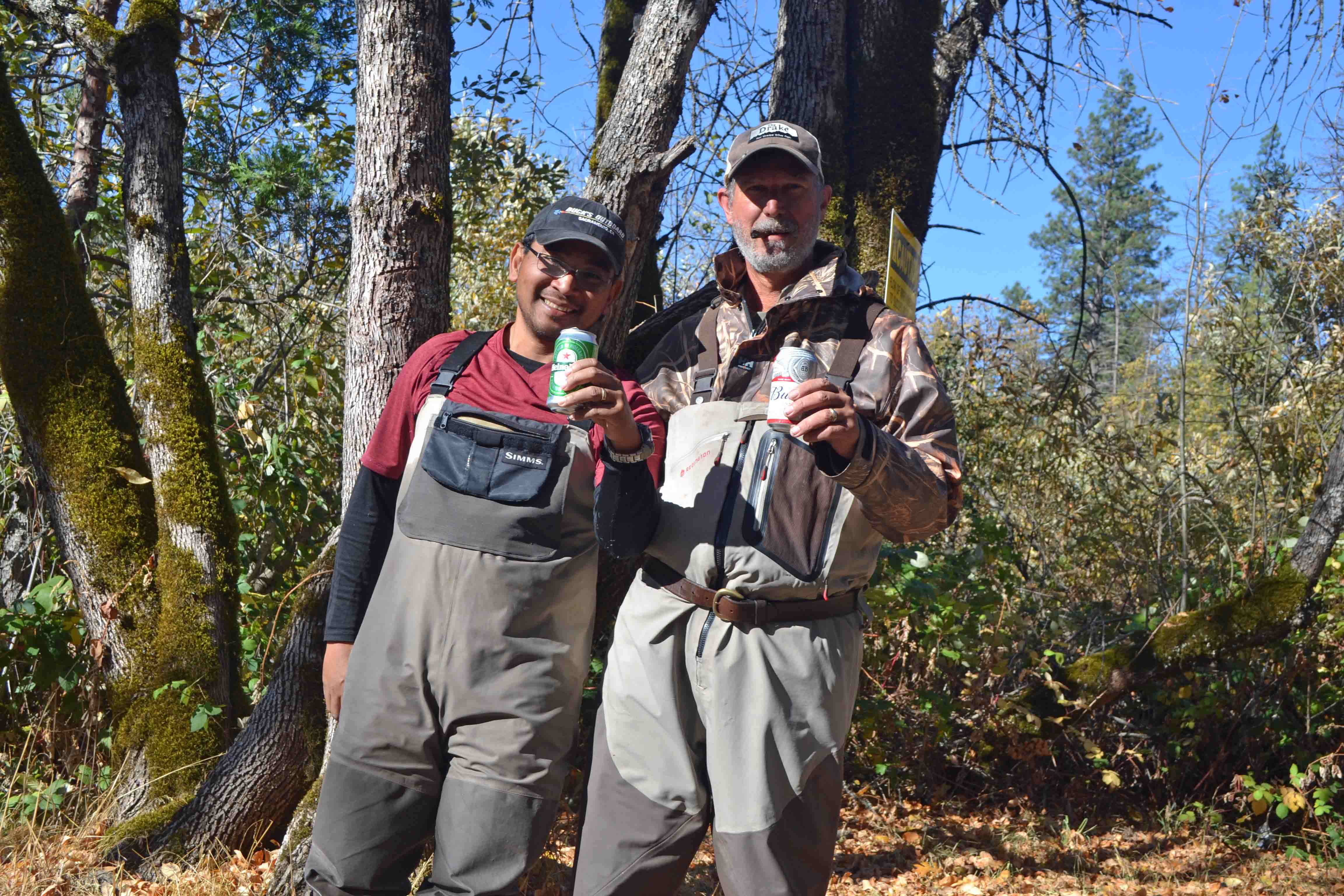 
"How about some Caesar salad?"

"Fuck that. Save that shit for Mitch."

Average entertainment. Better than one star.