Weird. We don't do these very much any more.

Apparently it's been some time since I have provided one, as I can no longer determine how to insert a music clip in teh Suk's "new" format. Ah well--just hum along to Brooks and Dunn "Red Dirt Road" in your head.

2020 blows. We all know this. Some of us know it better than others. One of those who knows it better than most is my bride. She's one of the finest teachers I've ever known, and since schools closed last March due to the pandemic, she's been removed in every possible way from her calling. Further, despite the fact that she takes fantastic care of herself (bicycled over 700 miles this summer, often at 14-15 mph average speed in hilly terrain and for 20-25 miles a pop) she's in the highest risk category for covid infection due to medication she must take that leaves her immunosuppressed.

"Underlying conditions" shouldn't be written off as if the person who possesses them somehow has less claim to living than the rest of us. If you feel differently, fuck you, and stay the fuck away from me. [/end rant.]

I was inspired by a friend to think about an autumn fishing trip--specifically, one that might involve steelhead. The original plan was slated for a weekend that would not work for me, and as it turns out, for my friend either. Best laid plans...

So, it seemed for a thousand reasons like a good idea for Plan B to become Plan A. I asked my bride if she'd like to go camping with me for a long weekend. She likes to fish, but not for chrome. Still, she knows her way around a flyrod, so we loaded up the truck and we moved to Beverlee...

It's a shade over 425 miles from Paradise to the suggested campsite, with the first 416 of them on good roads. 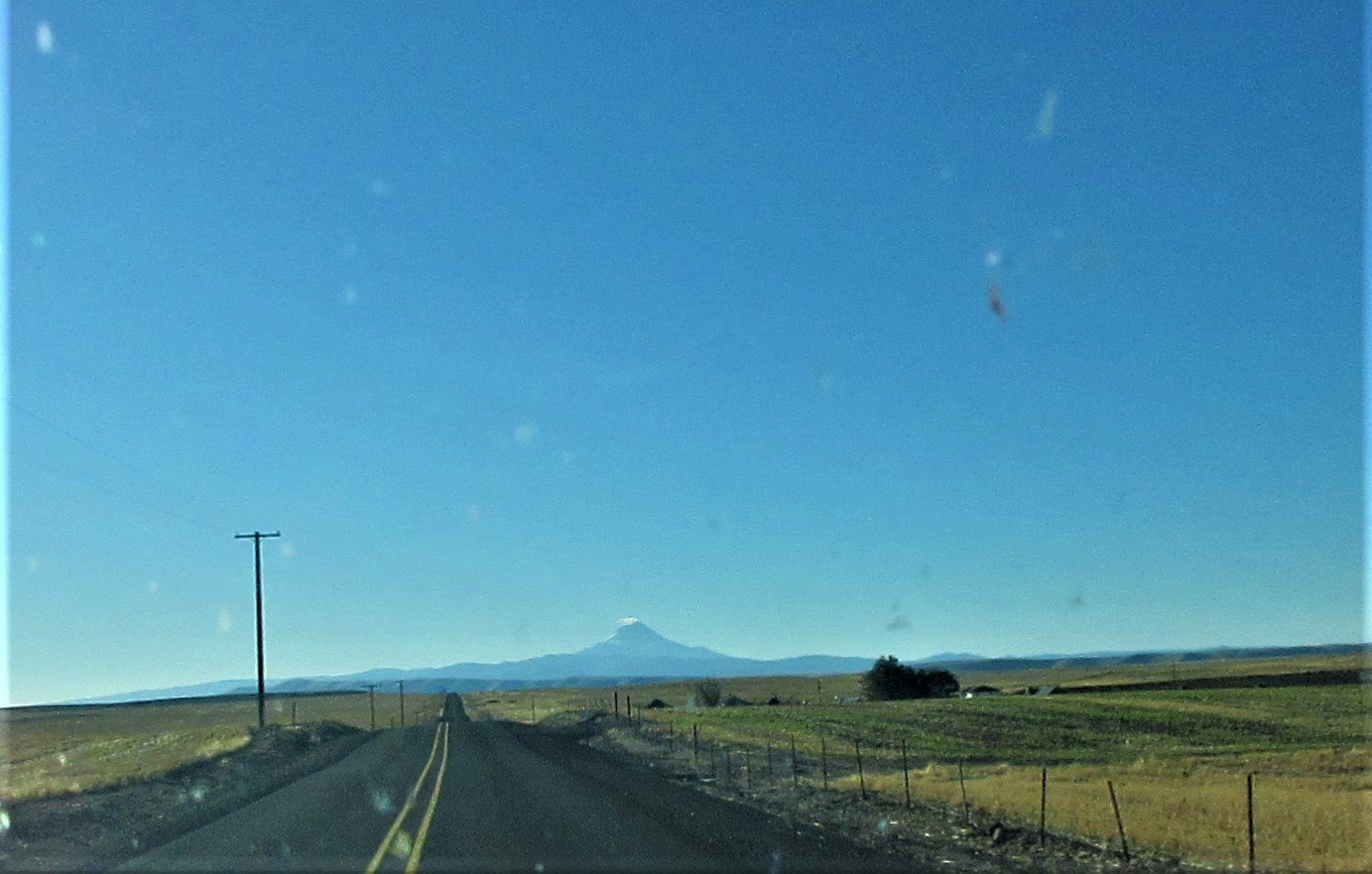 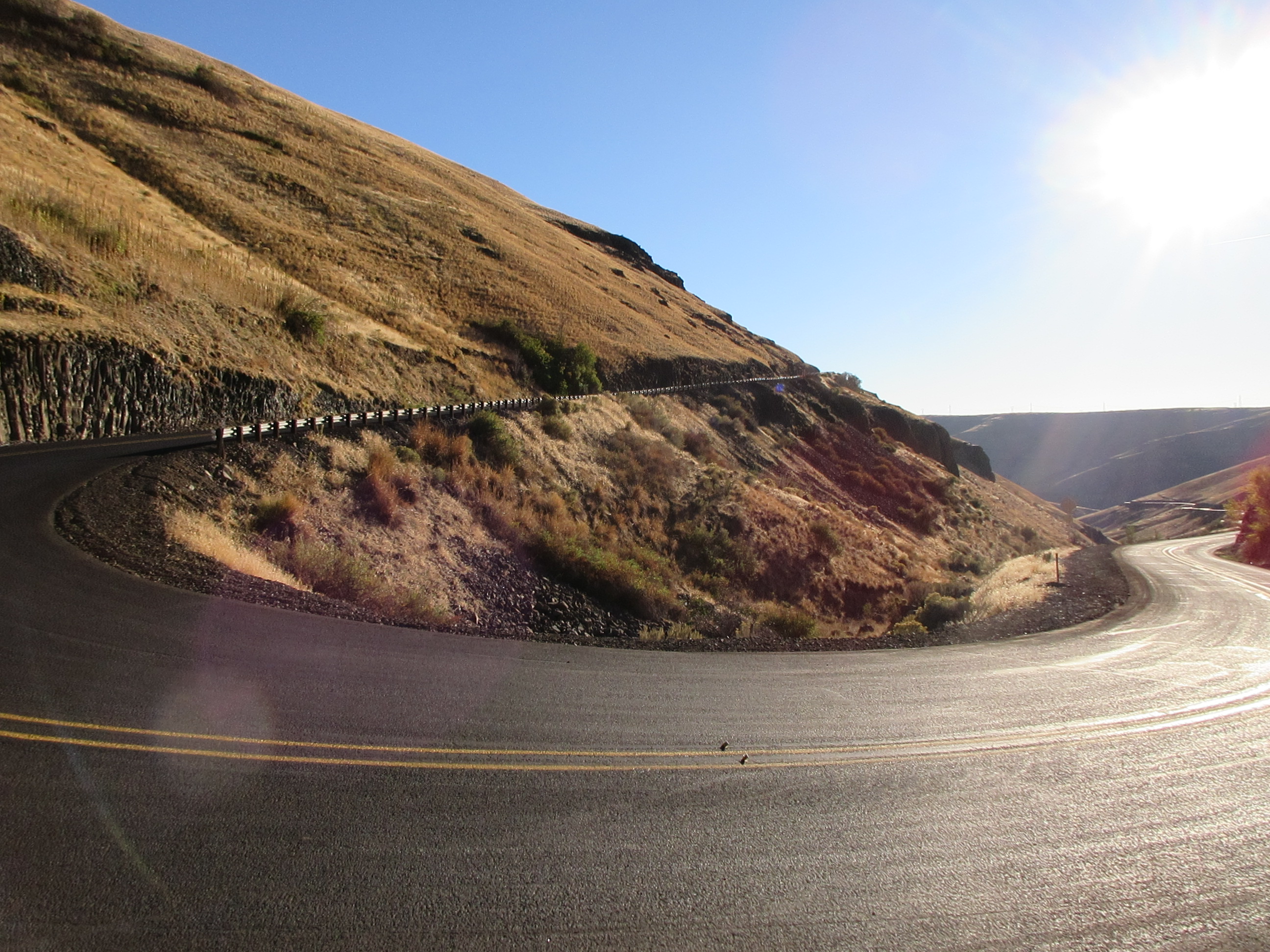 The last nine, not so much. 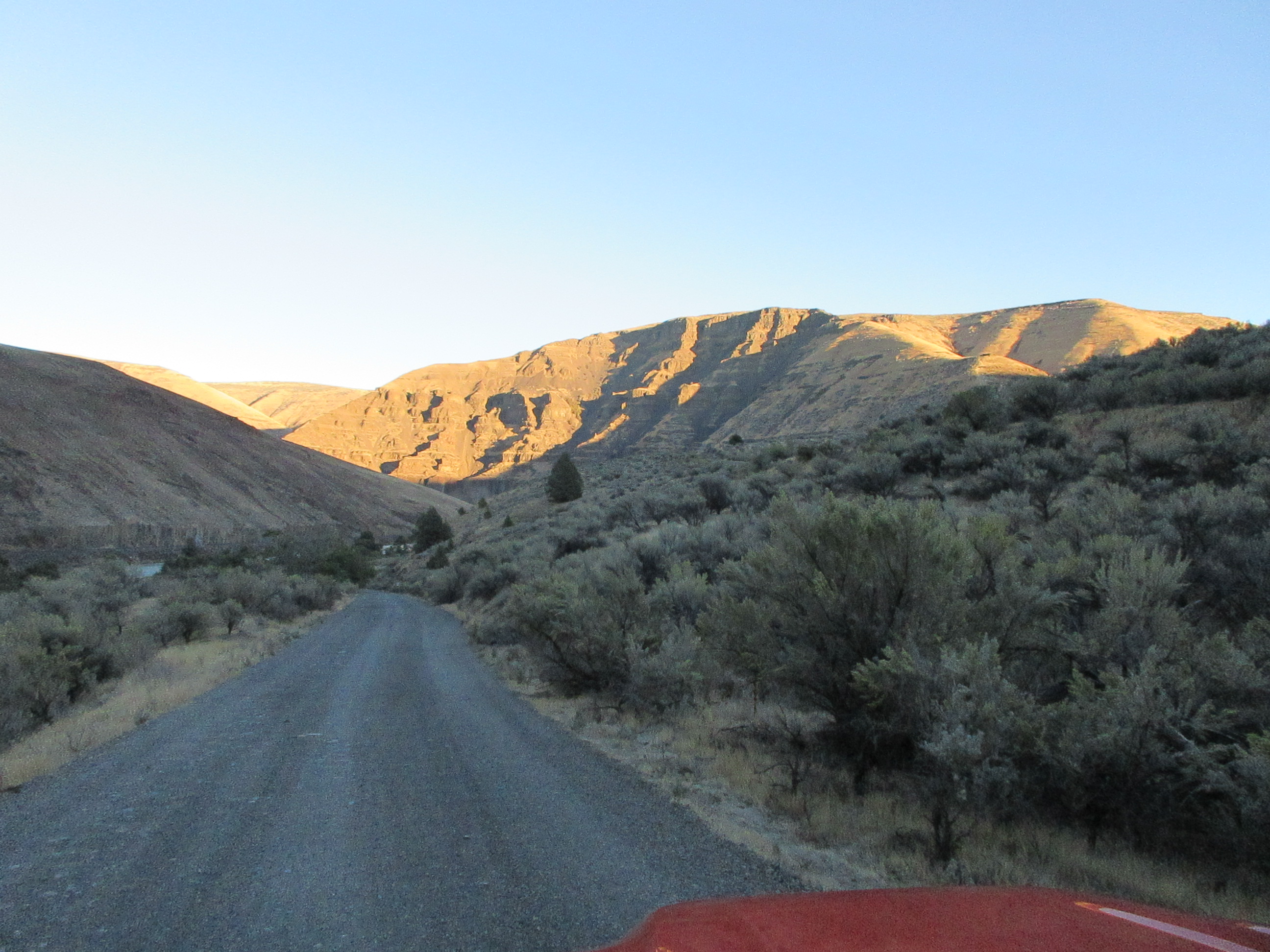 Whereas I'd averaged about 65 miles an hour for the better part of the day, the last nine miles took the better part of an hour to navigate some of the roughest washboard I've ever encountered. The bride and I joked that our "shakedown cruise" for our recently acquired wall tent and a camp kitchen that I built in July had transitioned from a figure of speech to a literal truth.

This is a major understatement.

We arrived at camp 90 minutes later than we had planned, and found that the suspension on the utility trailer was grossly inadequate to the task. Our cooler of food looked as if a giant had shook it vigorously. All but one bottle of my O'Doul's was broken, all of the yogurt and all but one of the cans of pop had ruptured, and most of our food was contaminated by the resultant nasty slurry and broken glass. 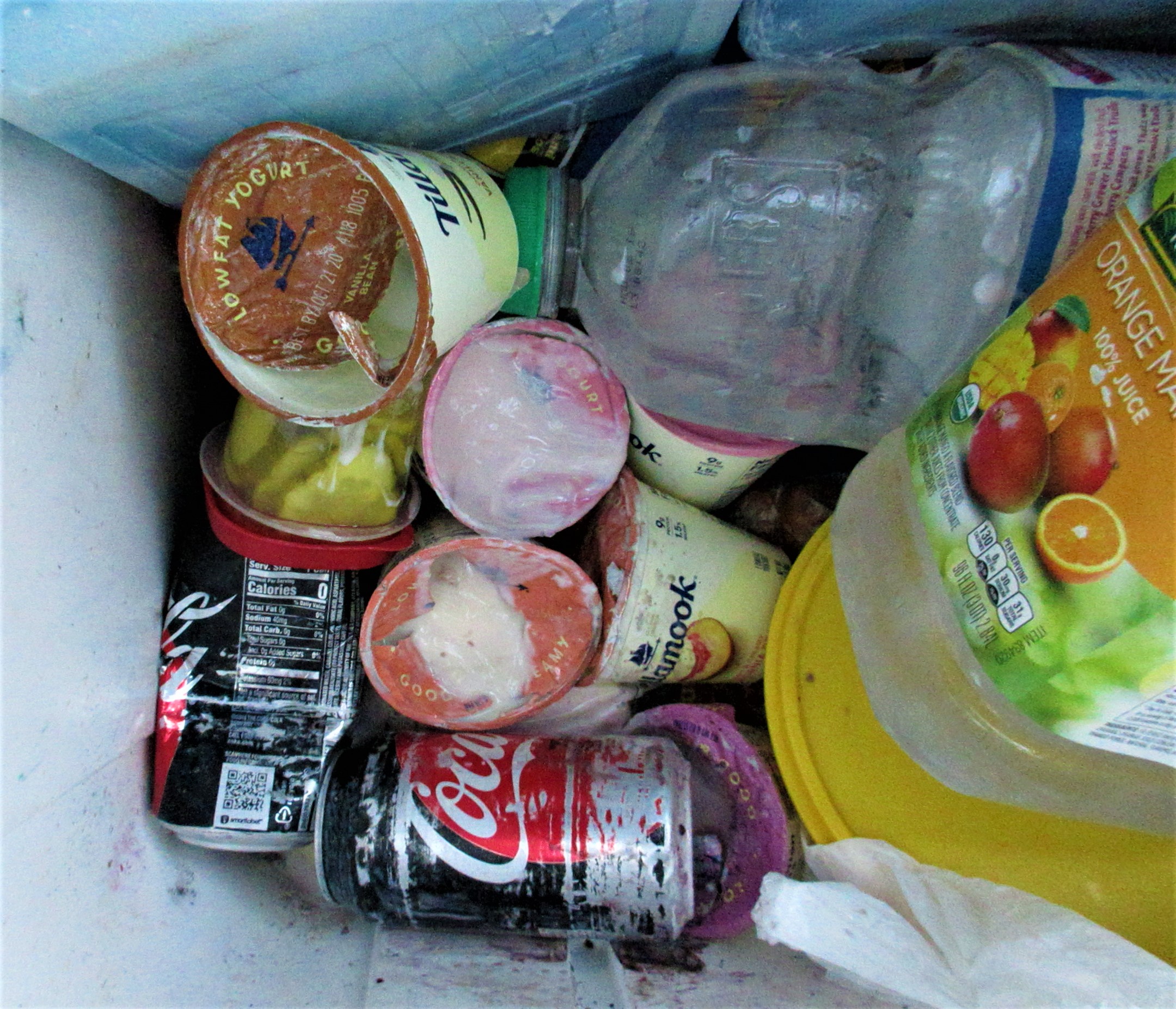 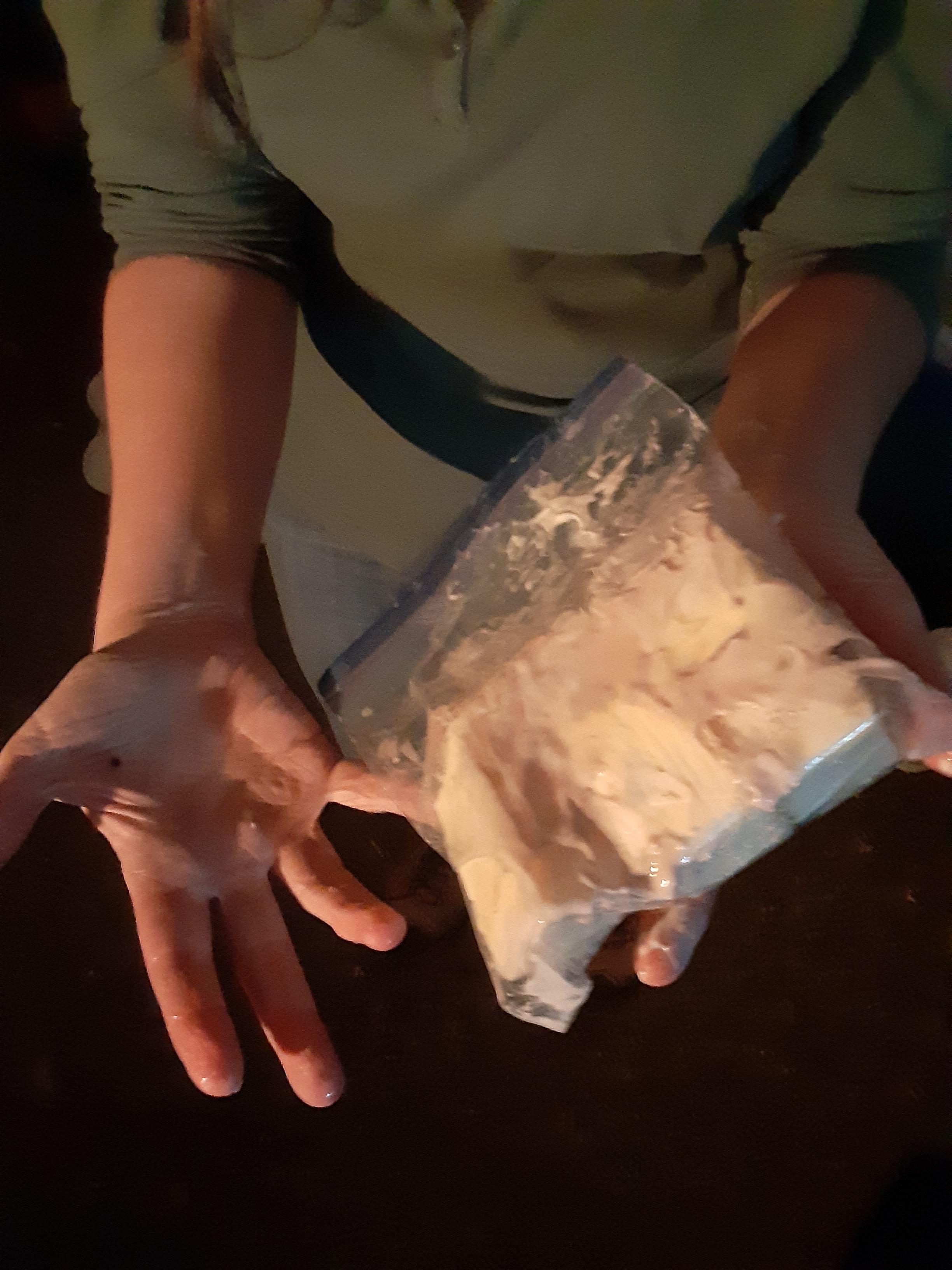 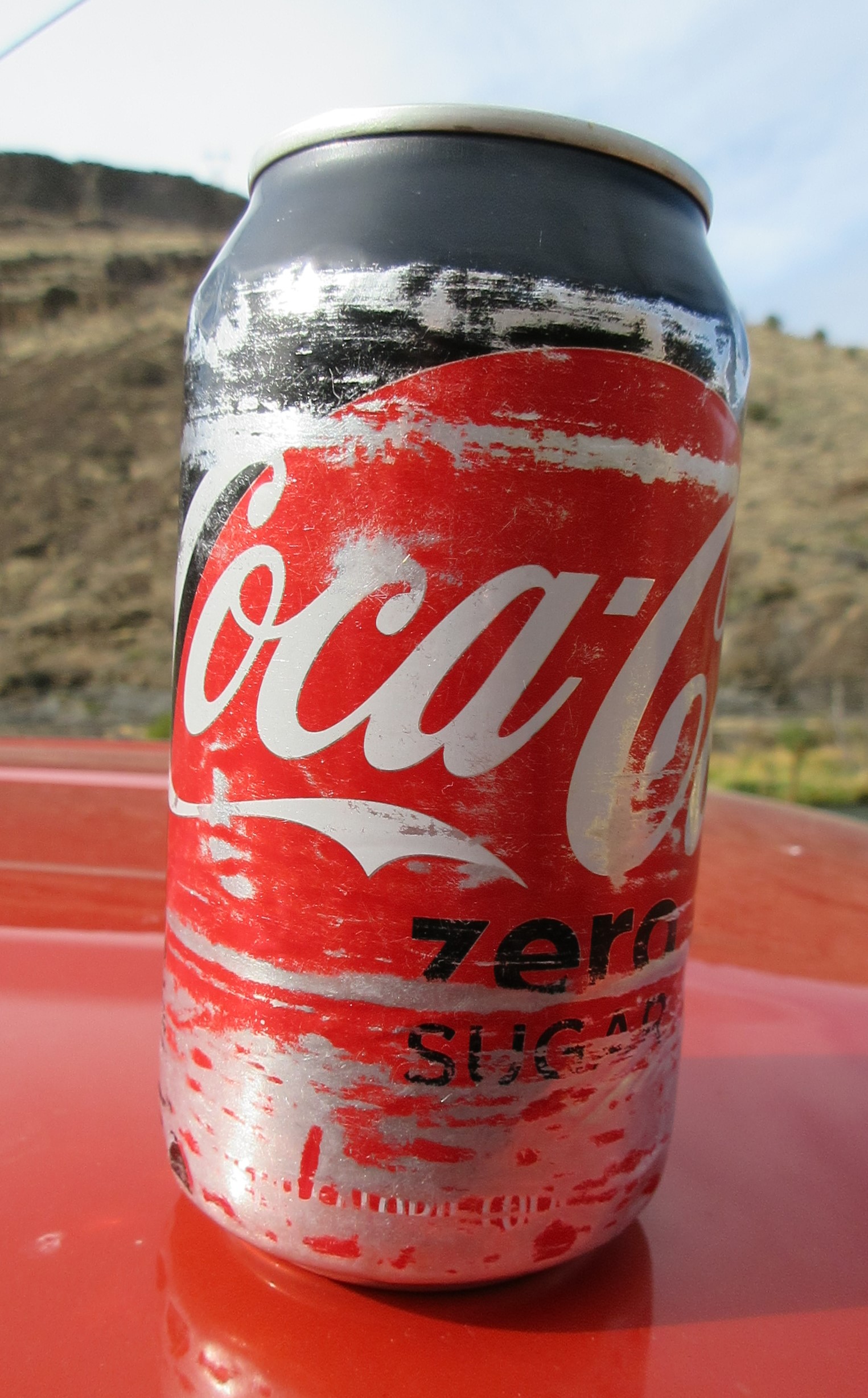 Still, I maintain that nearly all of the best places exist after the blacktop ends, and this was true of our destination. Clearly, Drakians had been there before us, and I took it as a good sign.

We set up camp, slept like babies, and decided that we were going to have a good time. 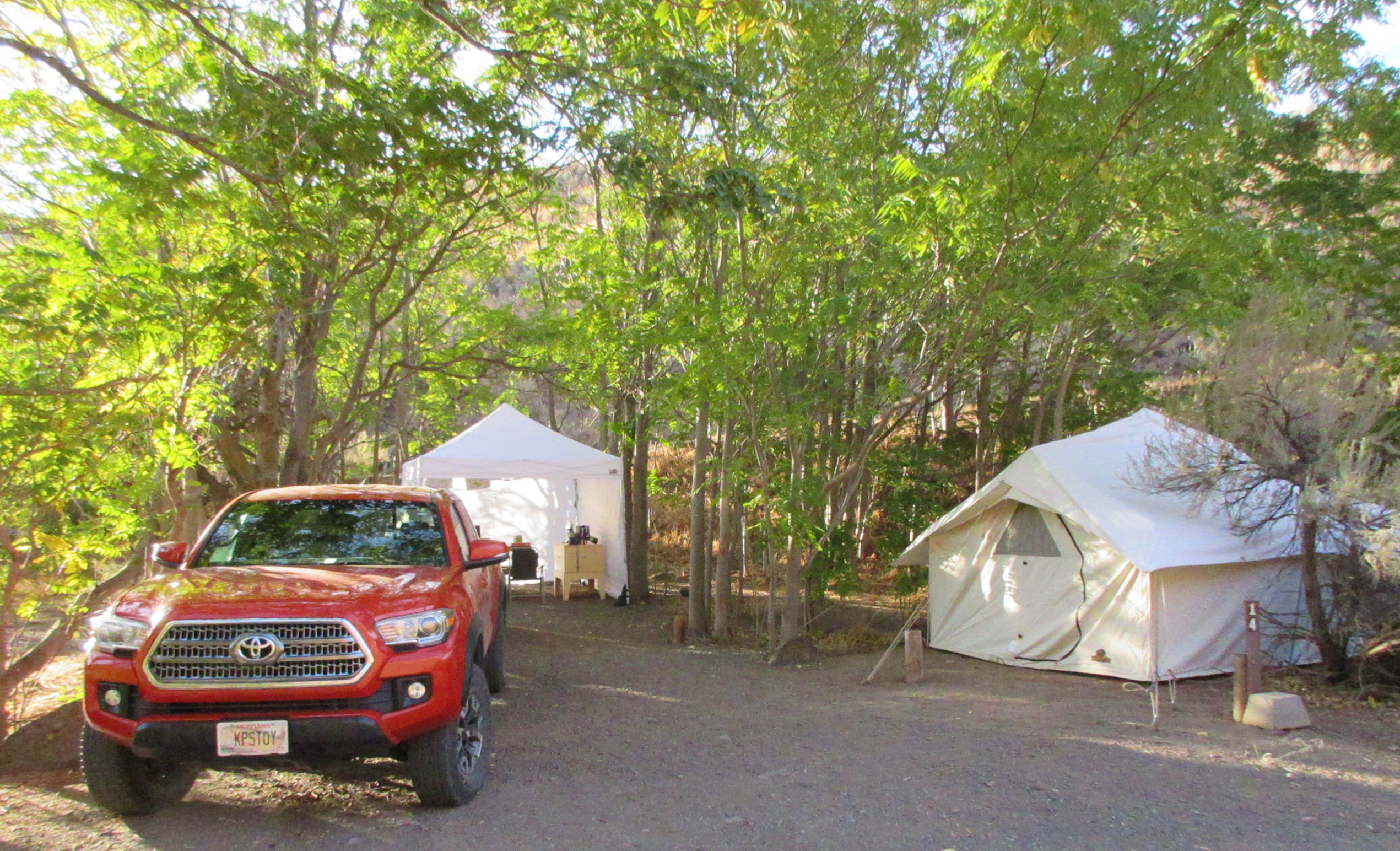 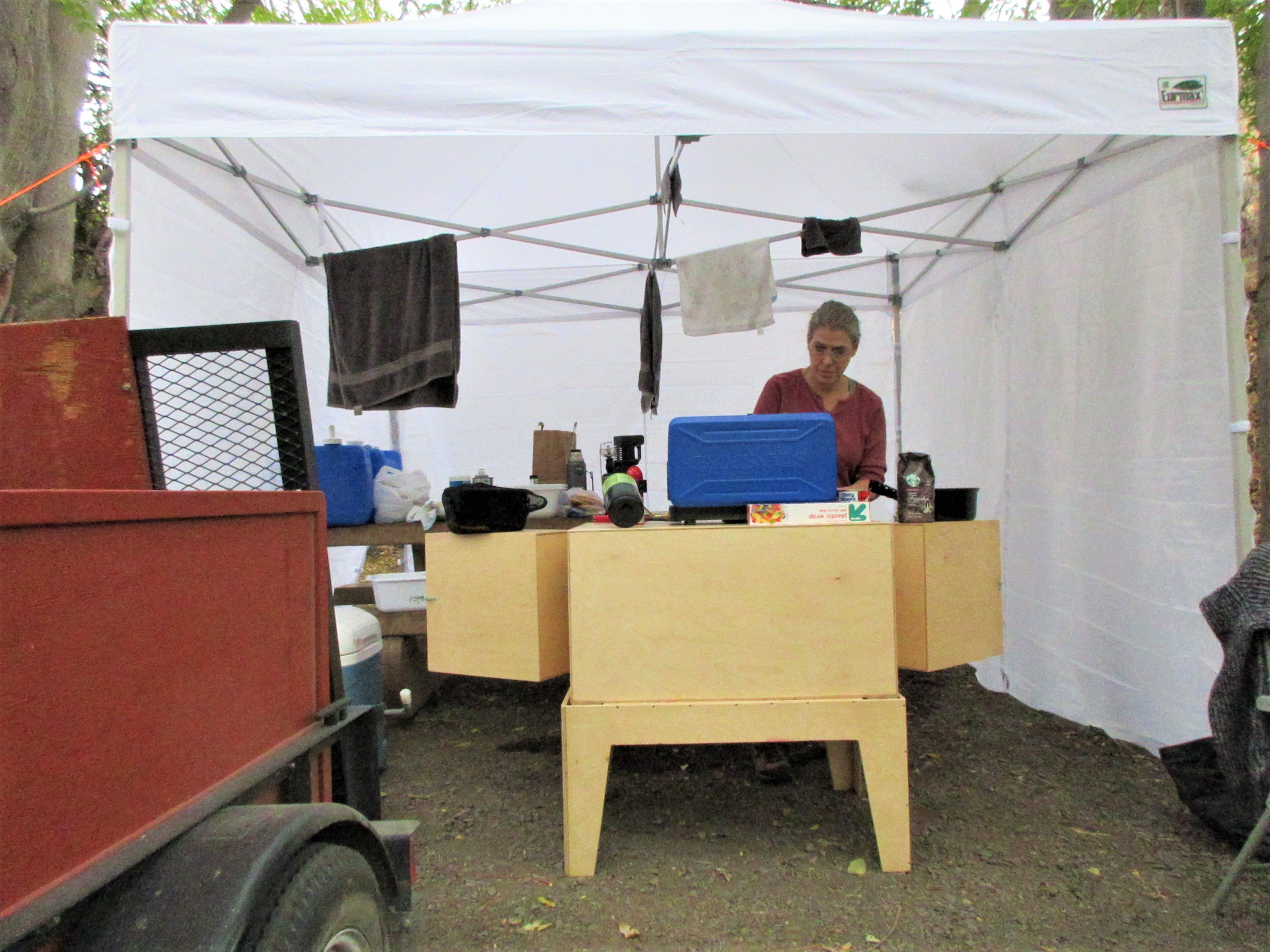 Some of you younger bucks are probably laughing your asses off at our setup. While I still can, and do, go light (see "All the Gold in California" on this forum for photographic evidence) there is a method to my camping madness. Mrs. KP and I are now grandparents to three children five and under. This means two things. First, we're old enough that sleeping on the ground hurts a lot more than it used to. Secondly, we want to be able to host the children on camping trips and make important memories for them, and us. Our present "glamping" setup is big enough that we can sleep on cots with modest foam mattresses and, if needed, use a 25,000 BTU woodstove in the tent.

As it turned out, we wouldn't need the stove. It was simply glorious. Daytime highs were in the seventies, and nighttime lows were in the upper 40's. The tent retained enough warmth to make sleeping underneath a heavy quilt simply delicious. 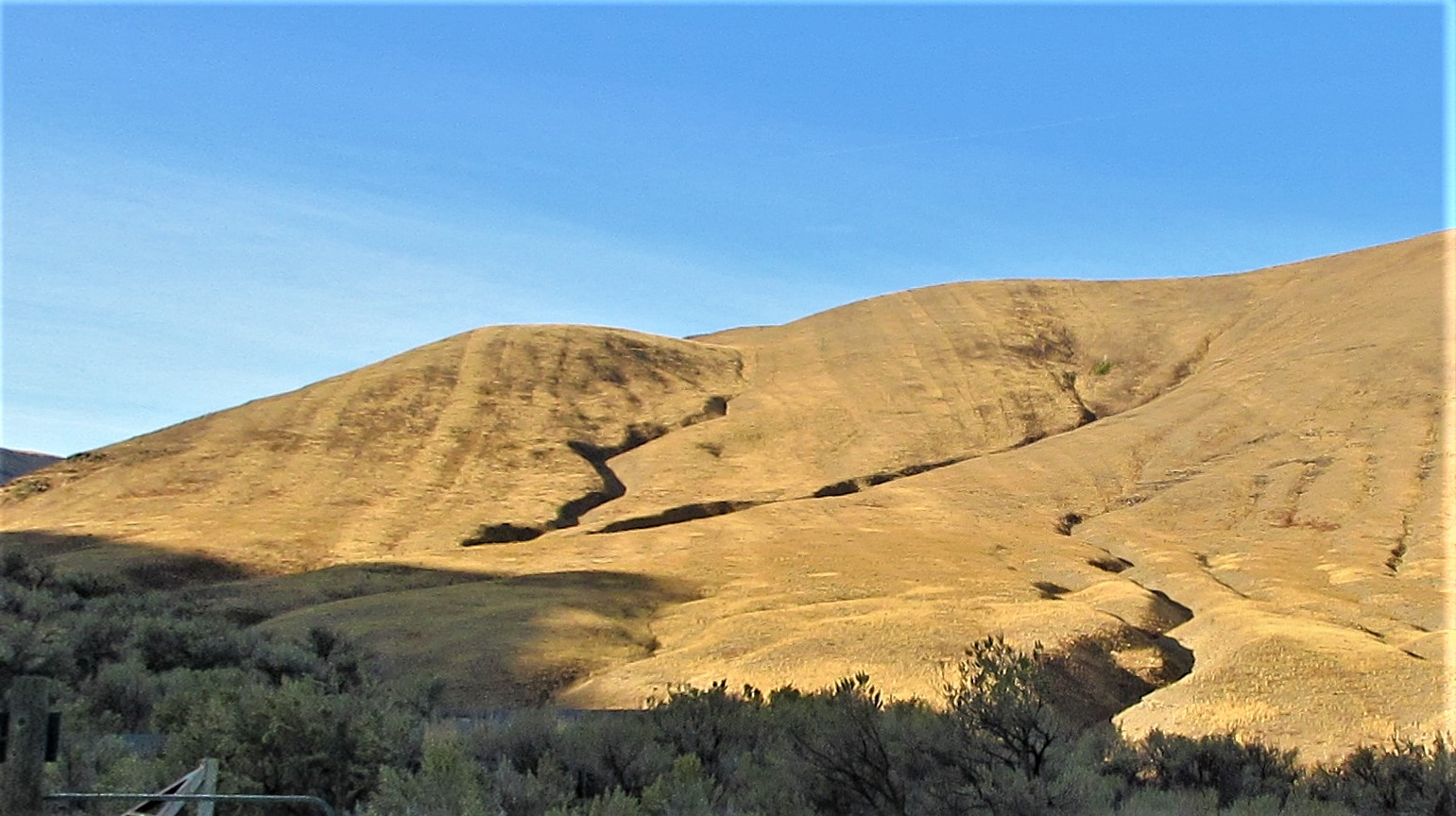 Heavy rains the weekend before our trip blew out a a sizeable tributary, turning the river into a tan mess. 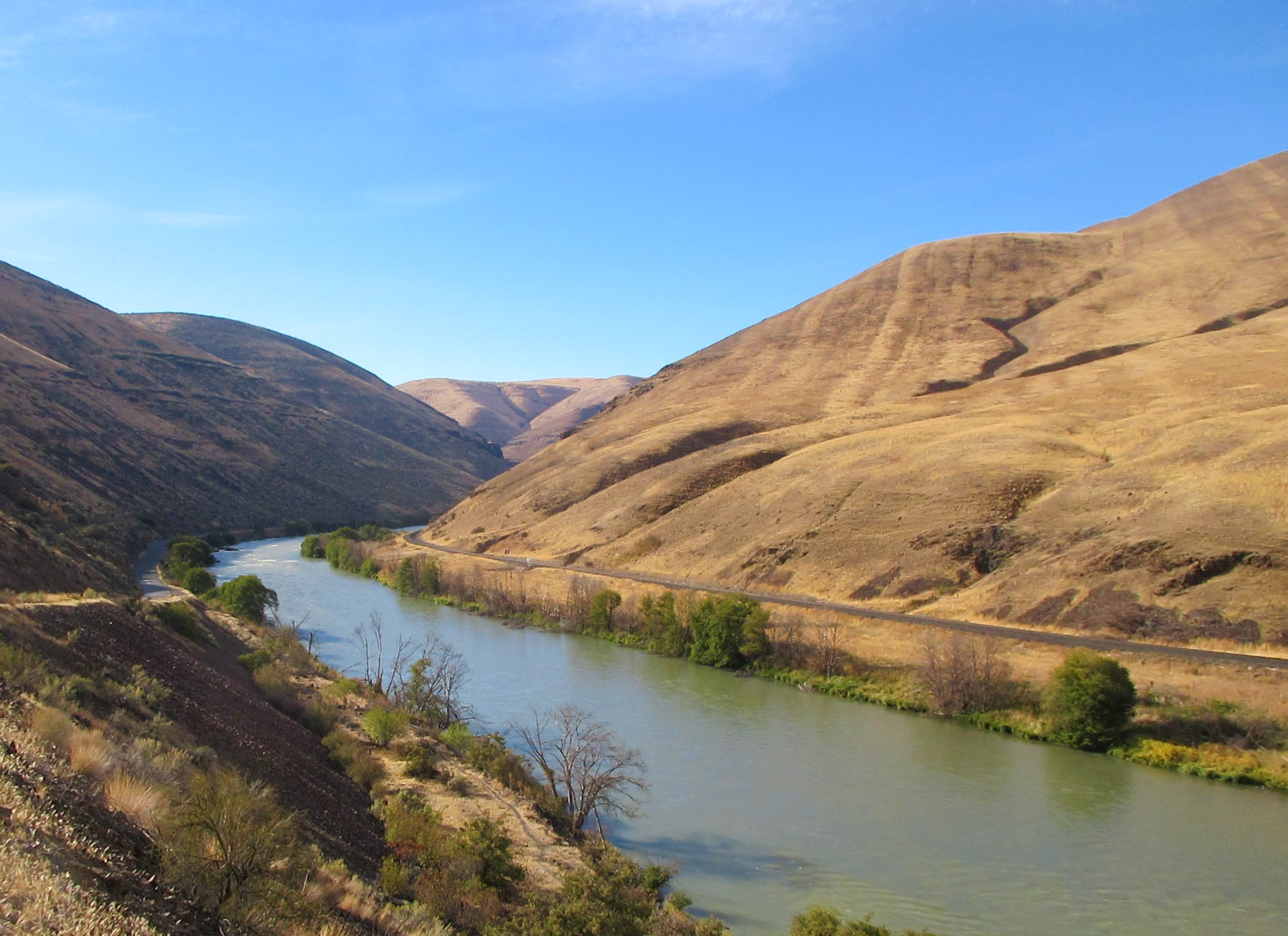 We had to run to town anyway to restock the cooler, and in the process, discovered much clearer water above the offending tributary. In the process, we had some brief cellular connectivity and got some good news from a family member that had been concerning us. I literally had tears in my eyes, sitting in the town park across from the grocery store, when the good news arrived. It turned out that the cooler catastrophe had a silver lining, as I would have not known for three more days the answers to questions that had been gnawing at my gut. I didn't realize how much this had been bothering me until the relief arrived--thanks to nine miles of bone-jarring washboard.

We drove (slowly!) back to camp, restocked the cooler, and ran back town-ward to fish. 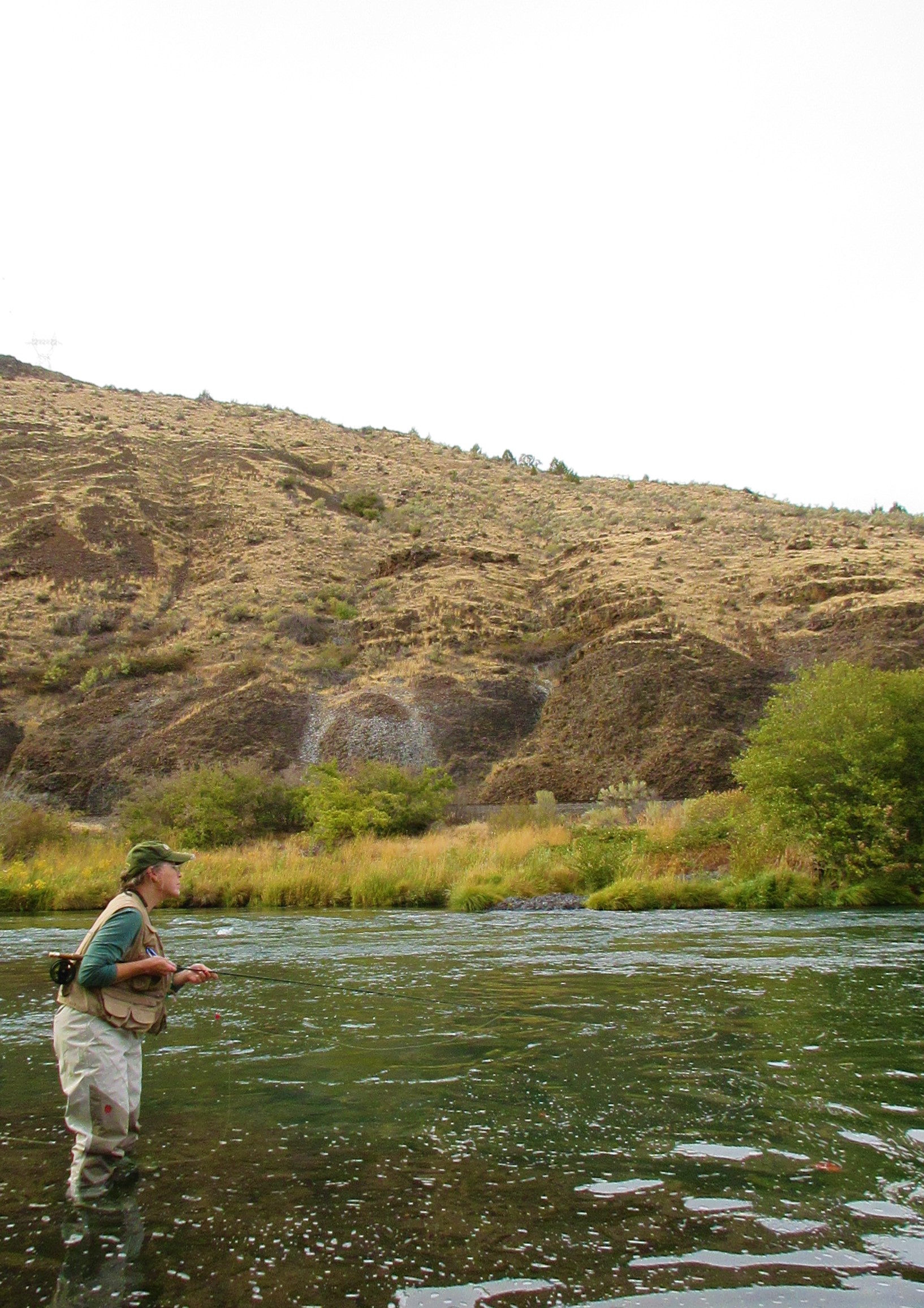 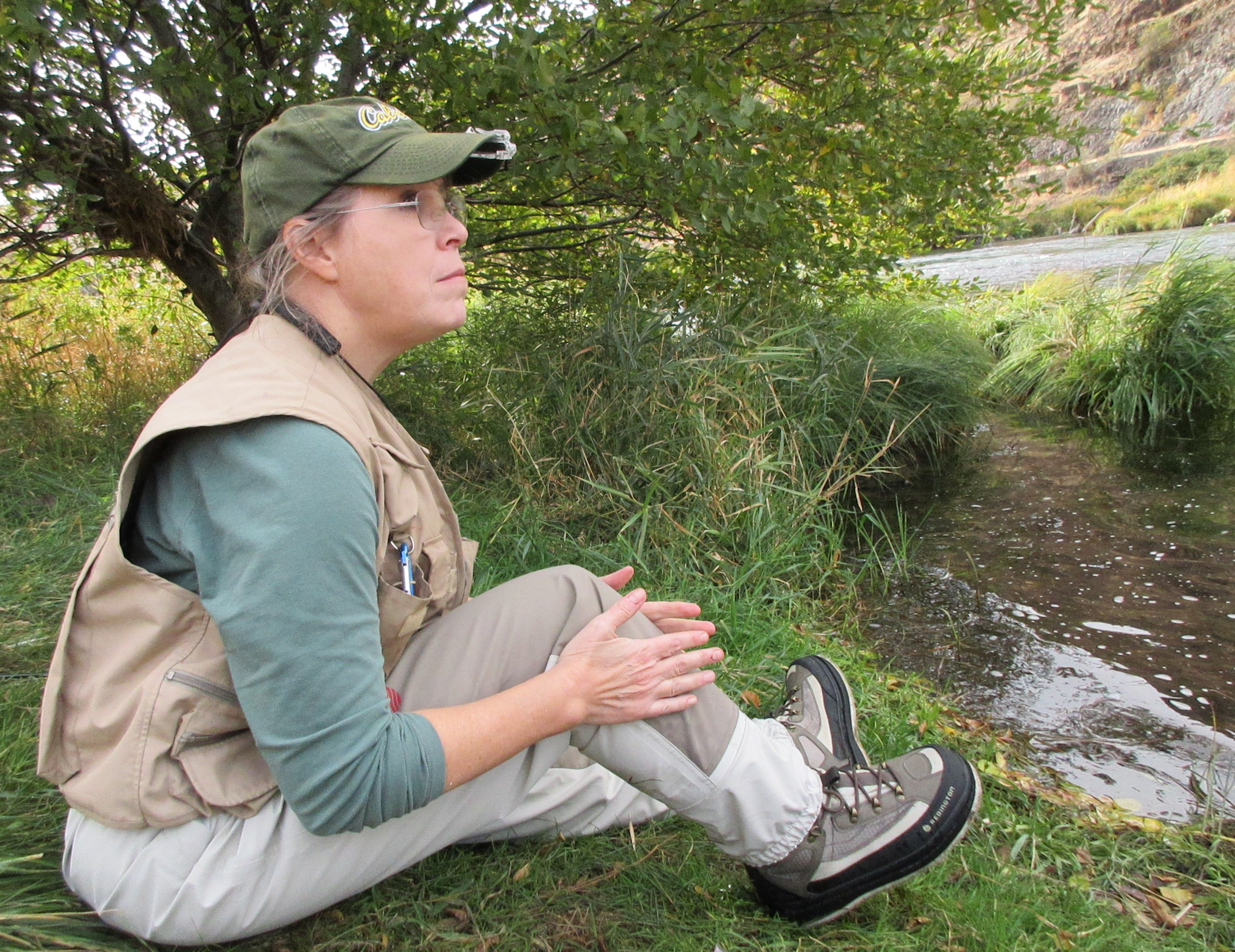 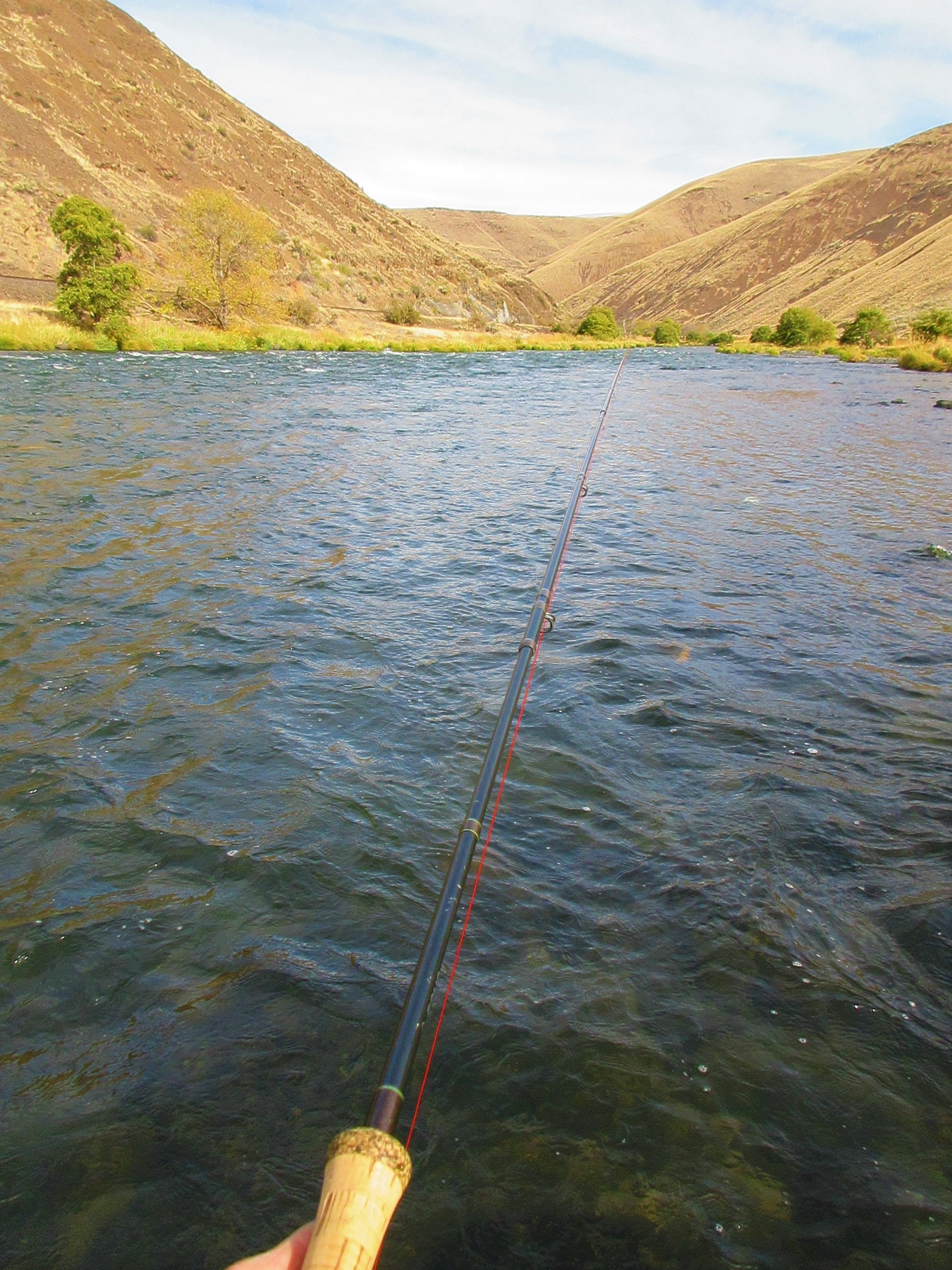 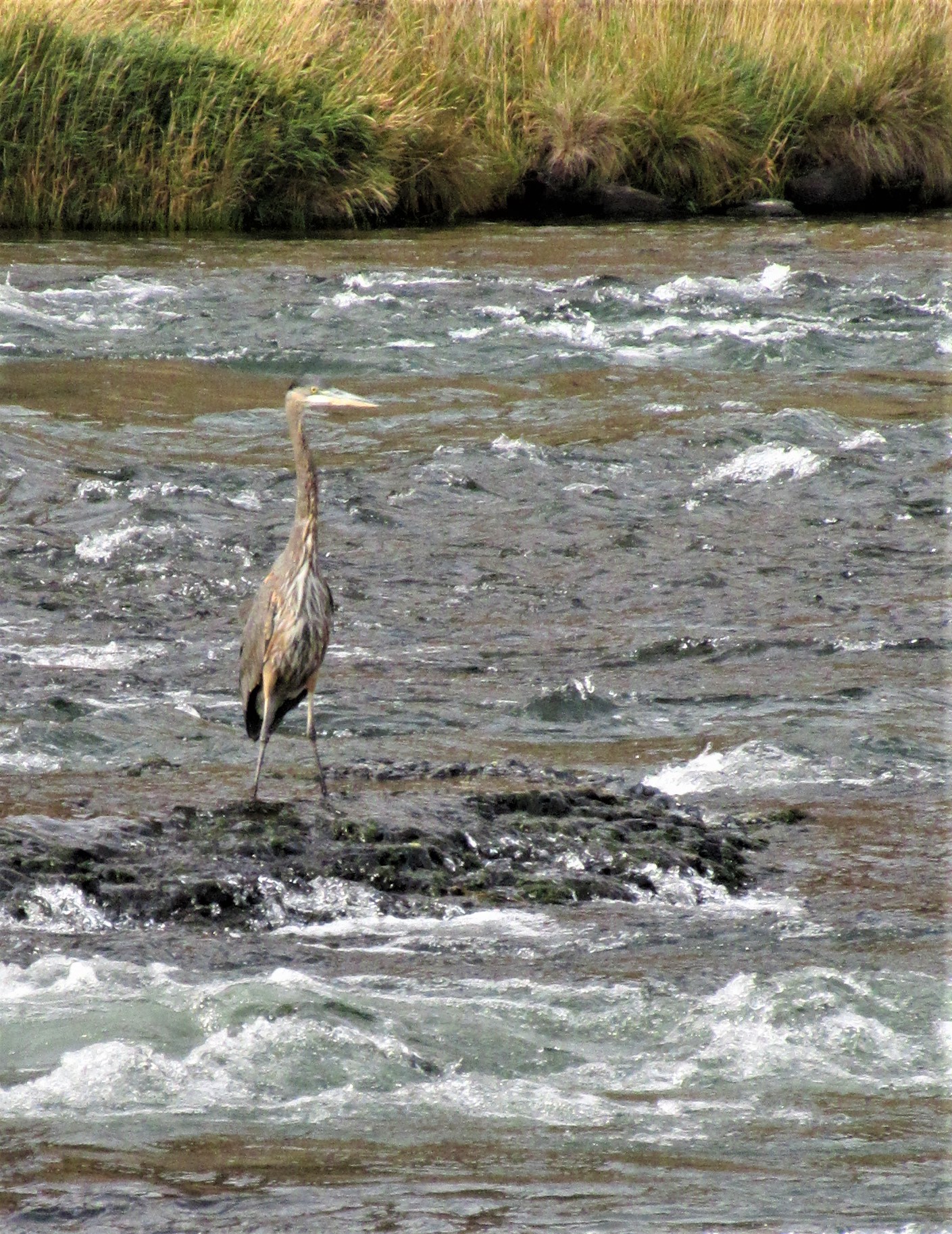 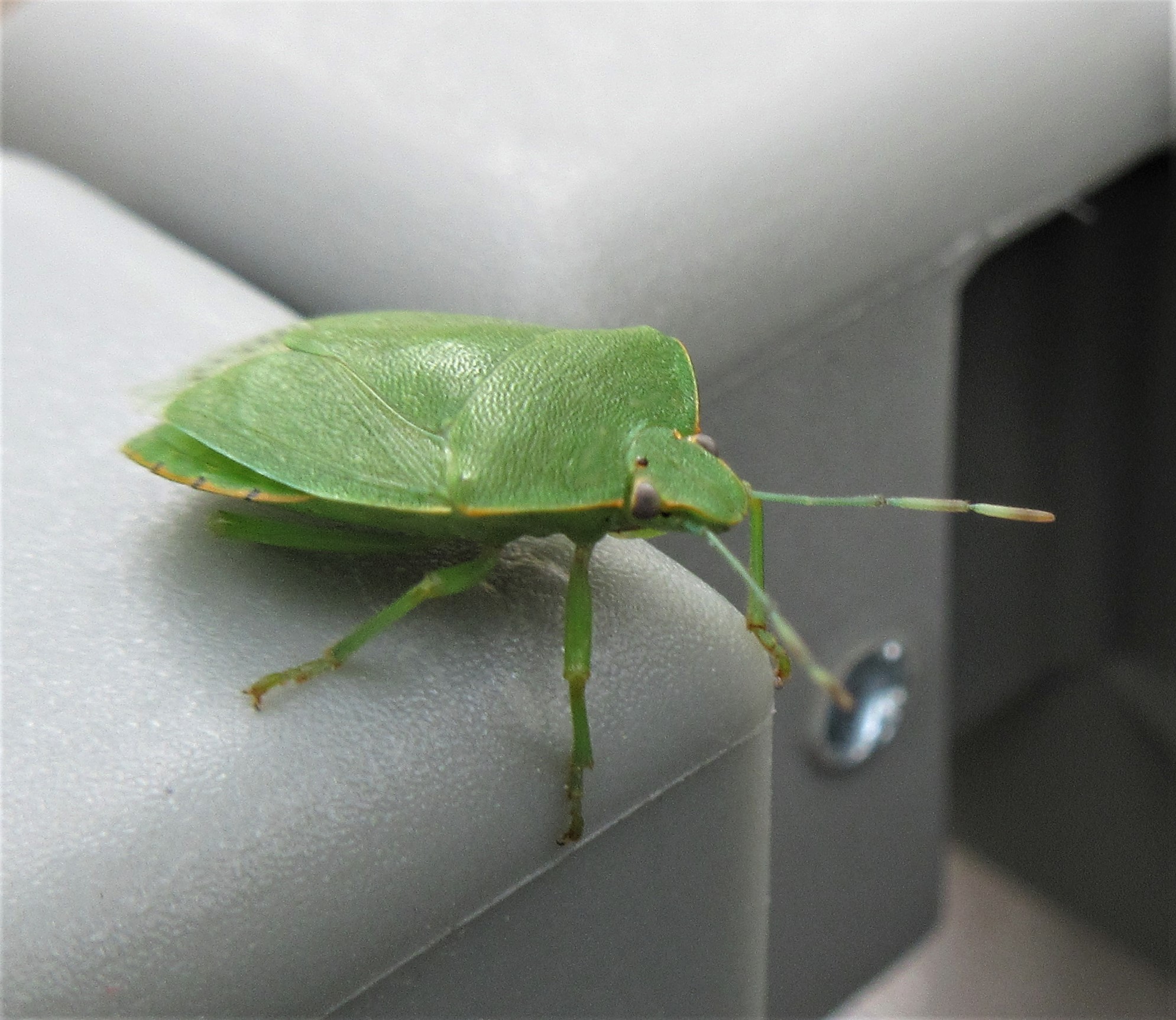 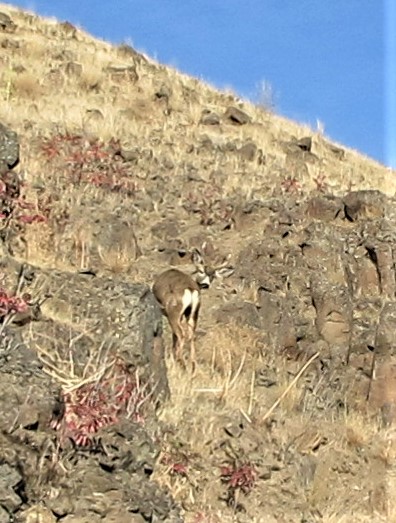 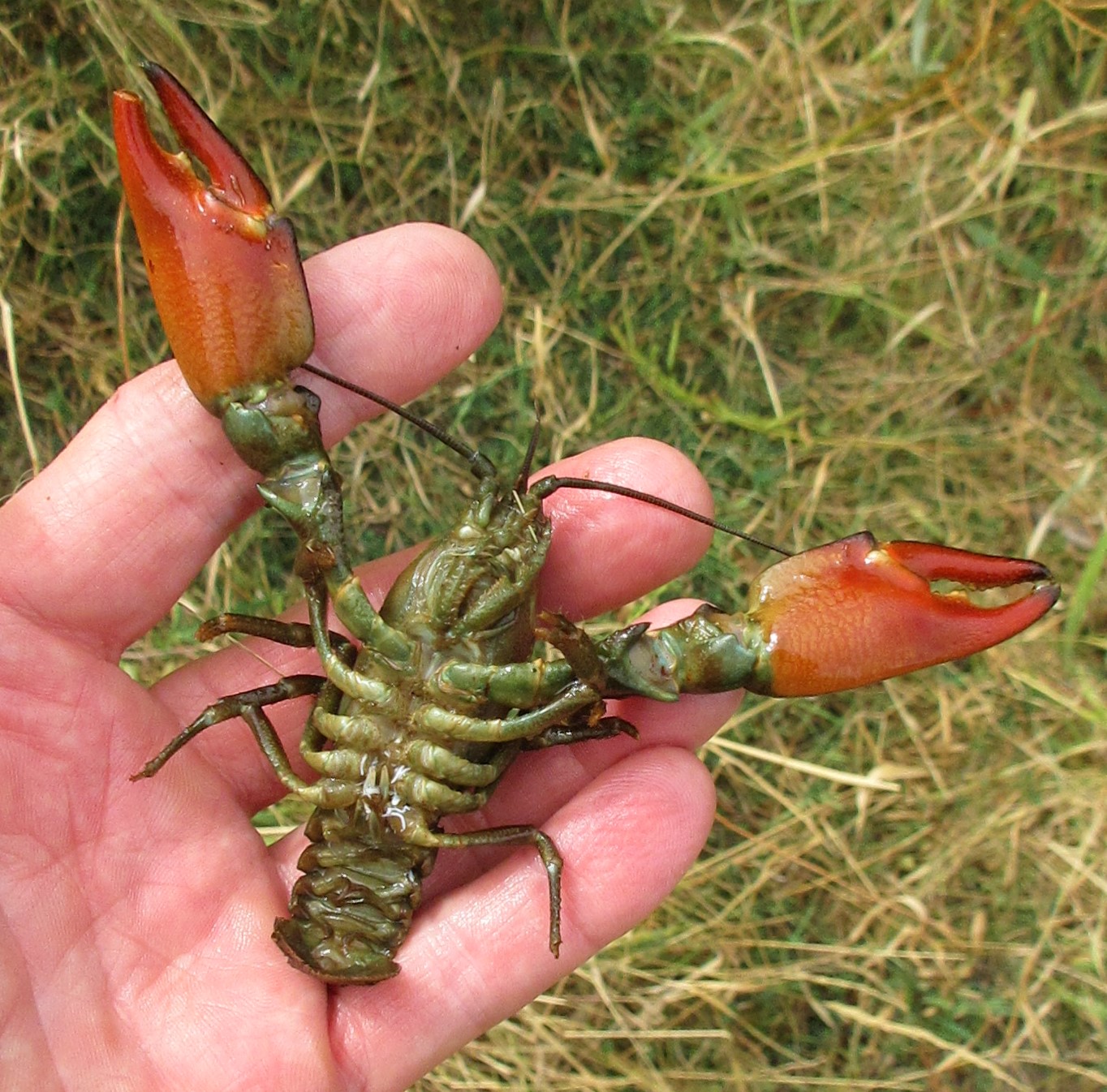 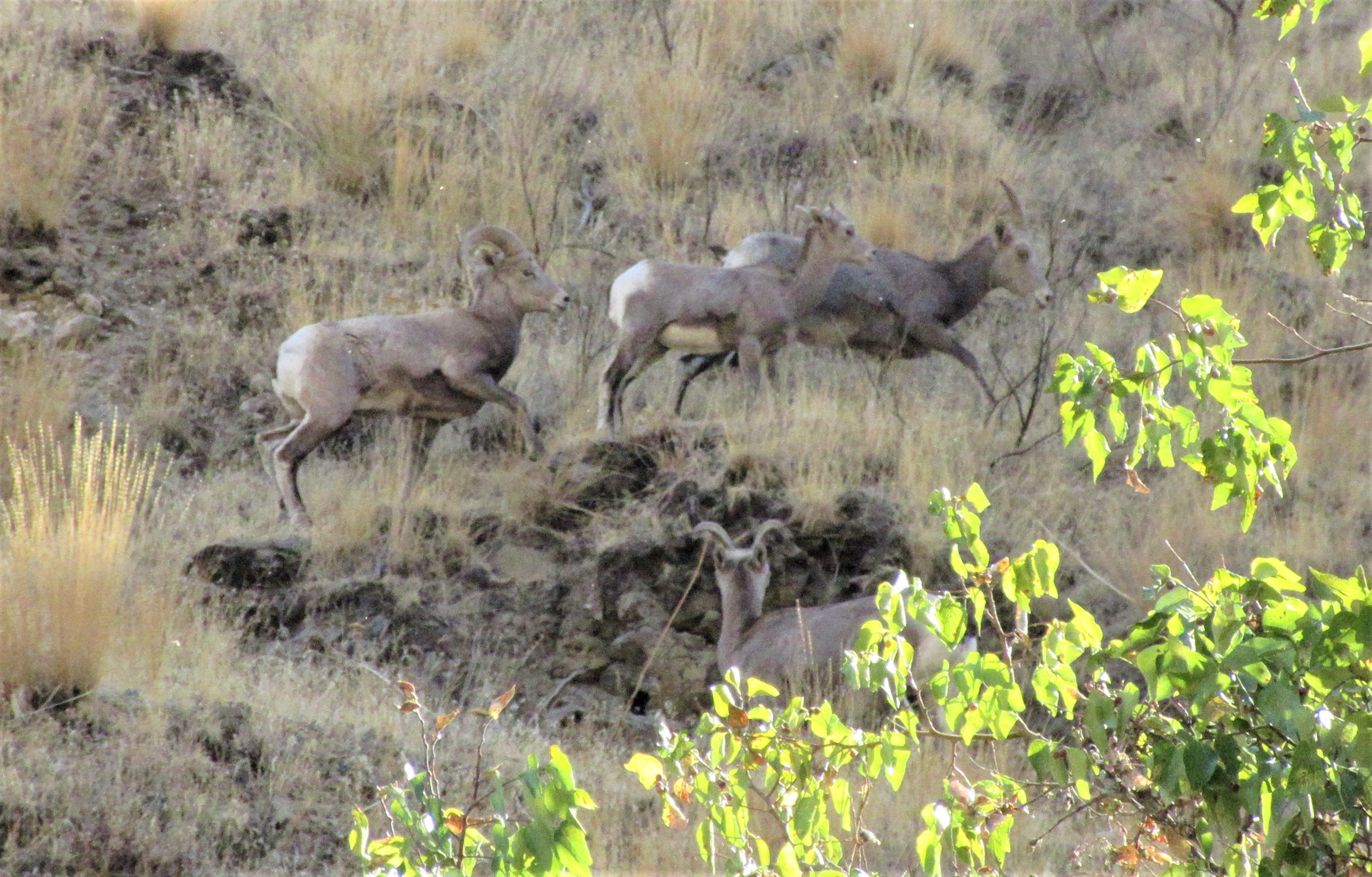 We didn't catch a damn thing, and I can't wait to go back.

Thanks for the TR.